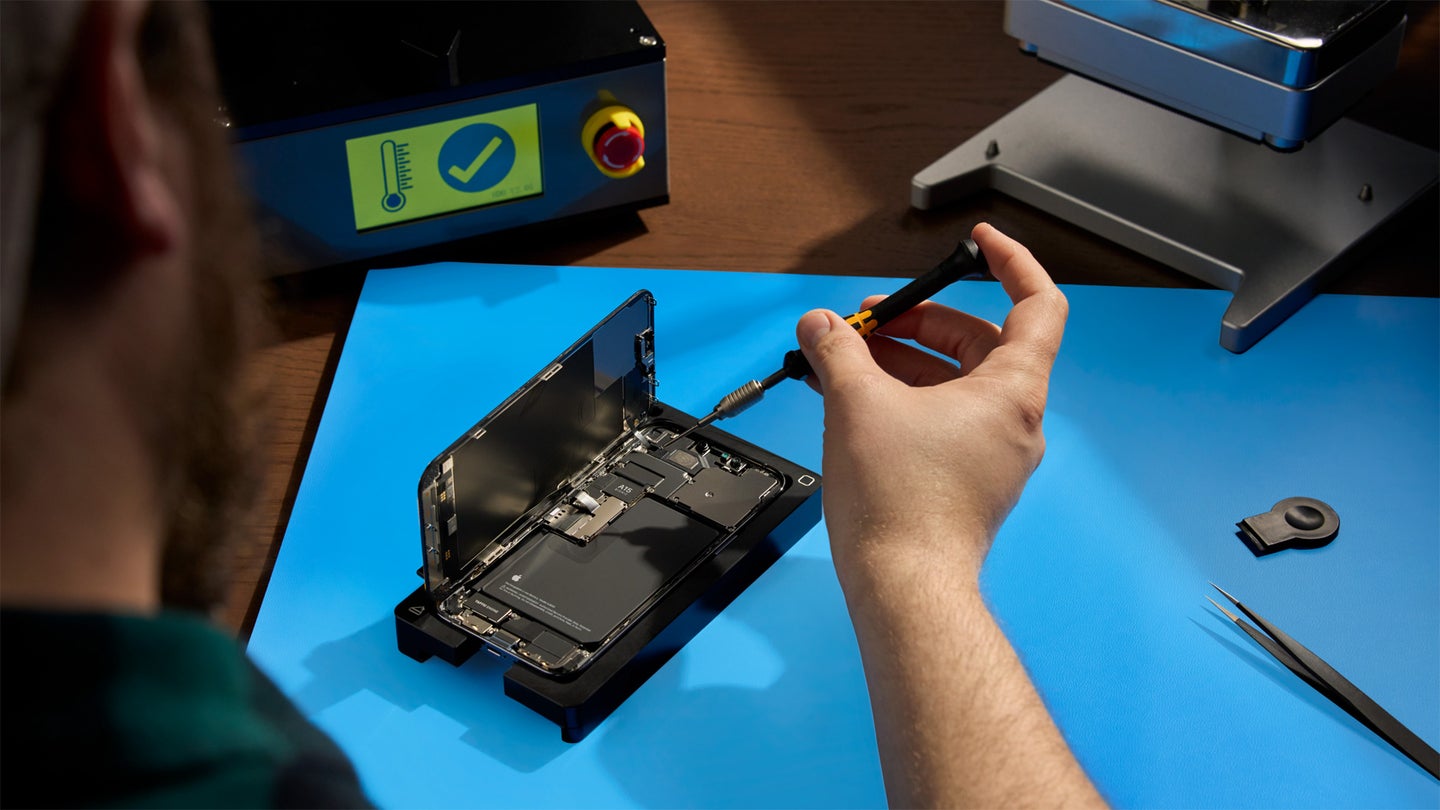 Apple lays out the process in four parts: first, iPhone users dealing with a faulty phone would try to identify the problem in the newly-released repair manuals, which lay out the makeup and parts inside various iPhone models, as well as the steps to diagnose problems with batteries, cameras, and displays, among other features.

Once customers figure out what went wrong and what is needed to fix it, they can head to the new Apple Self Service Repair Store, which has more than 200 parts and tools available for purchase. There are also dedicated rental kits curated for each phone model, which can be borrowed for up to a week for $49 and include tools to make repairs like removing and replacing displays. After the customer’s selected purchases or rentals arrive, they can refer back to the manuals to put them to use. The last step is sending any discarded parts back to Apple to be recycled.

Apple says the items and prices offered in the store are the same as those available at authorized Apple repair providers, and there is potential for the at-home purchase to cost less since Apple offers credit for returning some parts. However, Apple cautions that this DIY repair process should be limited to those “experienced with the complexities of repairing electronic devices” due to the professional nature of the tools and instructions. As TechCrunch notes, damage incurred during a home repair-gone-wrong could void an item’s warranty.

By the end of this year, Apple says it plans to extend its repair offerings to Mac computers and expand the program outside of the US. First announced last November, this shift to DIY repairs has been long in the making and follows years of pressure from right-to-repair groups, environmentalists, and a contingent of Apple shareholders. The Biden administration put additional pressure on tech companies last year, too, issuing an executive order in July that directly referenced holding smartphone manufacturers accountable for their repair processes.

While Apple is the first to release dedicated self-service guides and stores, both Samsung and Google have announced partnerships in recent weeks with online repair community iFixit to offer their own assortments of tools and kits for troubleshooting issues with their devices.