A 3D-Printed Car Inspired By The Leaf Of A Plant

German engineering firm EDAG took inspiration from the leaf of a plant for its 3D-printed Light Cocoon concept car, which... 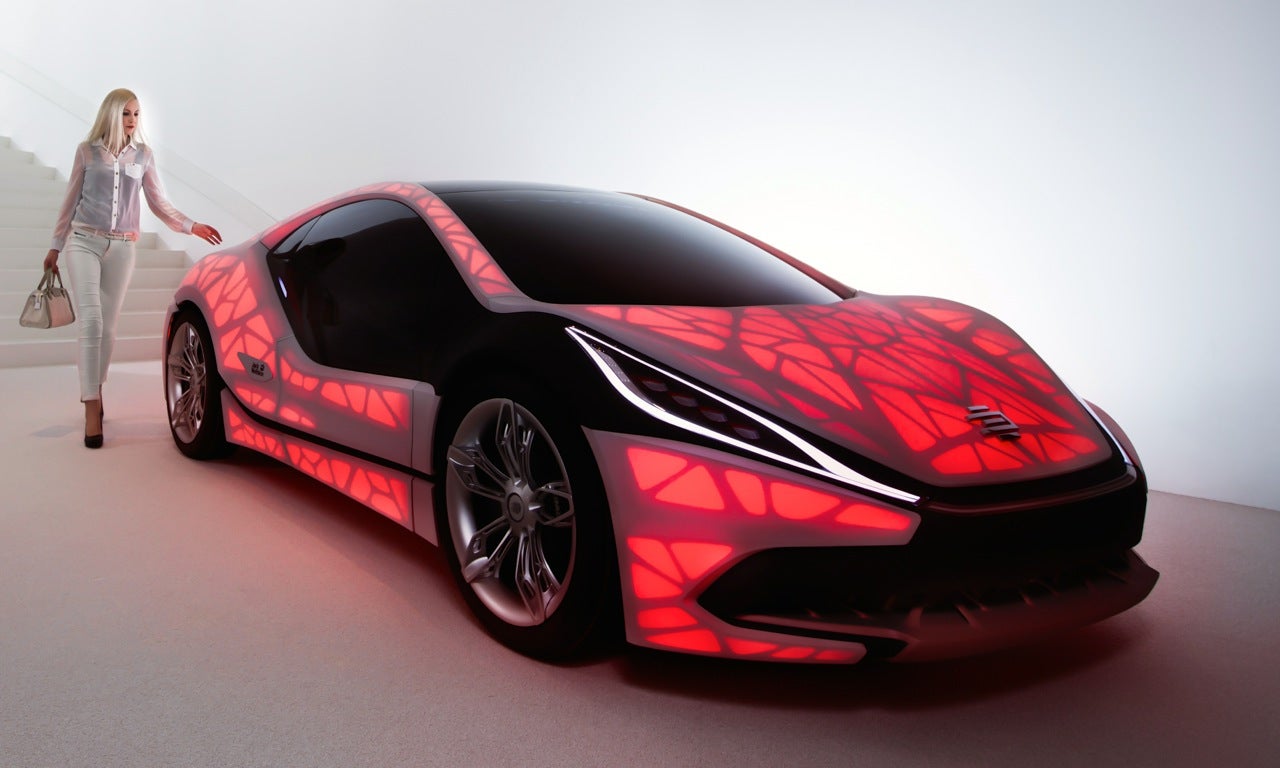 German engineering firm EDAG took inspiration from the leaf of a plant for its 3D-printed Light Cocoon concept car, which debuts at the Geneva Motor Show, open to the public through March 15.

Rather than printing the entire body shell of the vehicle out of a rigid composite material, as startup Local Motors is doing with its 3D-printed cars, EDAG instead created a lightweight metal structure optimized to use material only where absolutely necessary.

This 3D-printed skeleton is so strong that it doesn’t require traditional sheet metal panels for strength. Instead, a much lighter, high-tech waterproof fabric from German outdoor apparel company Jack Wolfskin envelopes the rigid structure. This triple-layer polyester jersey fabric, called Texapore Softshell O2+, is stretchy and allows light from LEDs underneath to pass through, creating a cool visual effect.

EDAG says the Light Cocoon’s novel construction is much lighter than conventional steel or aluminum body panels, but it did not say by how much.

The company first came up with the spiderweb-like construction method of the Light Cocoon concept car when engineering an aluminum hood for a production vehicle (it didn’t say for which automaker), whereby a network of hollow tubes under the sheet metal provided support and rigidity. This construction method met all necessary stiffness and crash requirements, yet was 25 percent lighter than a conventional car hood, EDAG says.

Though a vehicle based on the Light Cocoon is not likely to see production, EDAG did say that it will continue to refine its 3D printing methods. The company plans to show several car hoods made out of various materials using different additive manufacturing methods at the Frankfurt Motor Show in September.

“With the futuristic concept of our EDAG Light Cocoon, we hope to stimulate the discussion about the future of lightweight construction and automobile production,” said EDAG CEO Jörg Ohlsen, in a statement announcing the concept car.