Bugatti made its Divo supercar faster by slowing it down

The supercar is capped at just 236 miles per hour. 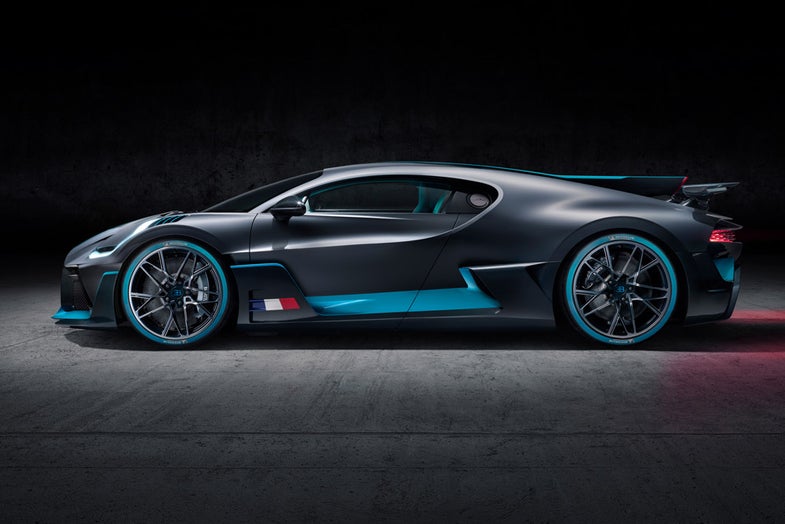 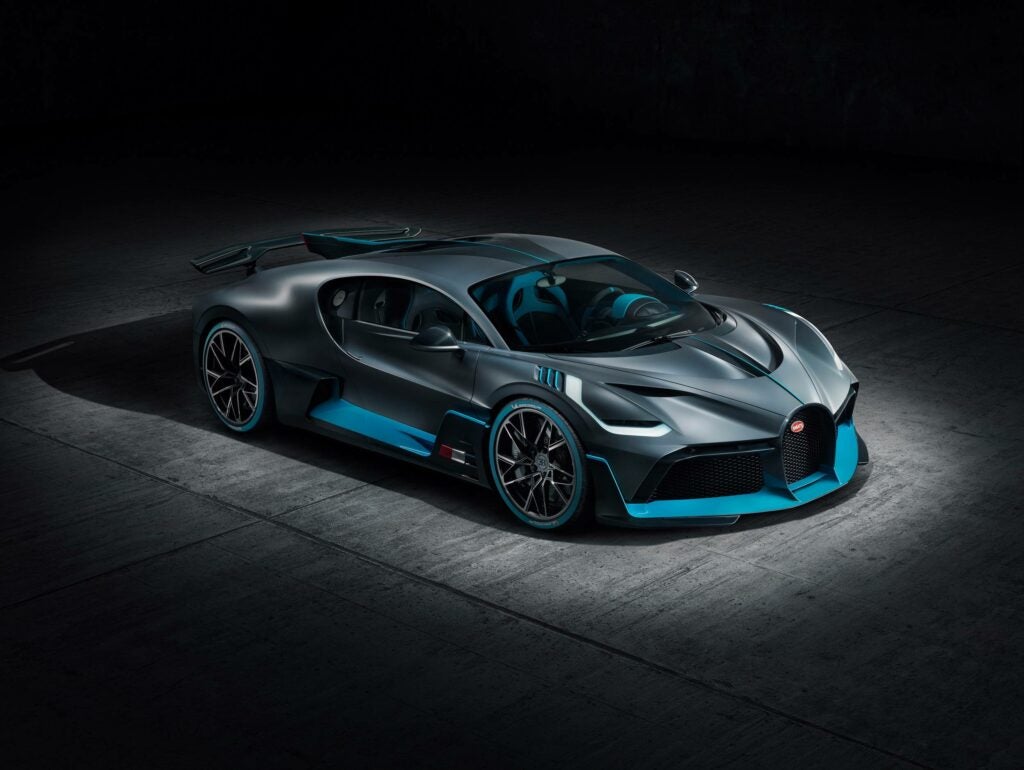 Aerodynamics help keep this supercar on the ground.

The Bugatti Chiron is (probably) the fastest road car in the world. If you activate the car’s special “Top Speed” mode, it’s electronically limited to 261 MPH — but Bugatti suggests the actual, unrestricted top speed would land somewhere north of 280 MPH, it just hasn’t tested it yet.

But today, Bugatti launched the new Divo, a special edition, limited run super sports car — only 40 will be made, at €5 million each, and it’s sold out — and it’s simultaneously faster and slower than the Chiron on which it’s based. Here’s how that works.

The Chiron was designed to be ridiculously comfortable while simultaneously accelerating to 80 MPH faster than a 747 does on takeoff. So, it’s mind-bogglingly fast in a straight line. But the Divo, which is electronically limited to just 236 MPH — the same speed the standard Chiron has when not in the missile silo-key activated “Top Speed” mode — can lap the famous Nardò Handling Circuit an astounding eight seconds faster than the Chiron.

Nardò is owned by Bugatti’s VW AG corporate sibling Porsche these days, and is a common testing ground for high-end sports car development. Though we expect that Bugatti (or its customers) will run the Divo through its paces on other tracks like the Nürburgring’s Nordschleife before too long. 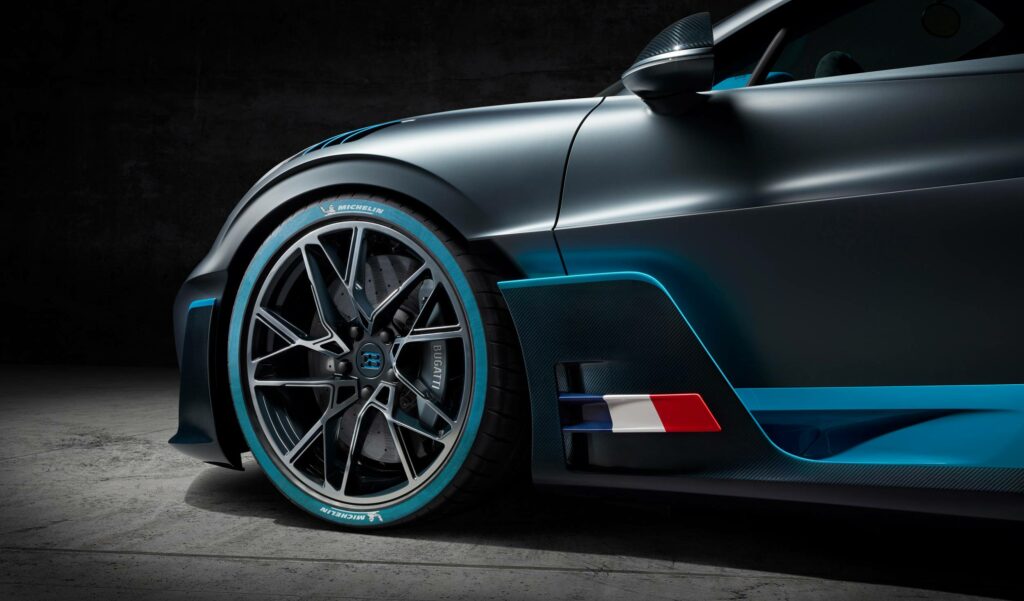 Detail of the channels along the bodywork.

Bugatti’s engineers have spent months tweaking the Divo to make it as fast as possible in the corners, removing weight (down 77 pounds) and adding downforce (up 198 pounds). It has the same quad-turbo eight-liter W16, 1,479 horsepower engine, but thanks to all the new aerodynamic elements, the car generates 1,005 pounds of total downforce. Downforce is a measure of how much the air passing over the car pushes it down into the ground. Think of it as an airplane in reverse: instead of creating lift so the car can fly, it creates downforce so it can stick to the ground in the corners. More downforce equals more speed when you’re turning equals faster lap times on any track with turns — which is all of them.

“The Divo is made for corners,” said Bugatti President Stephan Winkelmann.

There are new features all over the car to funnel air exactly where Bugatti’s maniacally obsessive engineers want it. The hyperaggressive, fighter jet-esque nose reduces the “effective cross-sectional area” (a key component in drag), while improving airflow. The front spoiler gives higher downforce (you’re going to be seeing this a lot) and directs air to the front inlets, improving cooling. 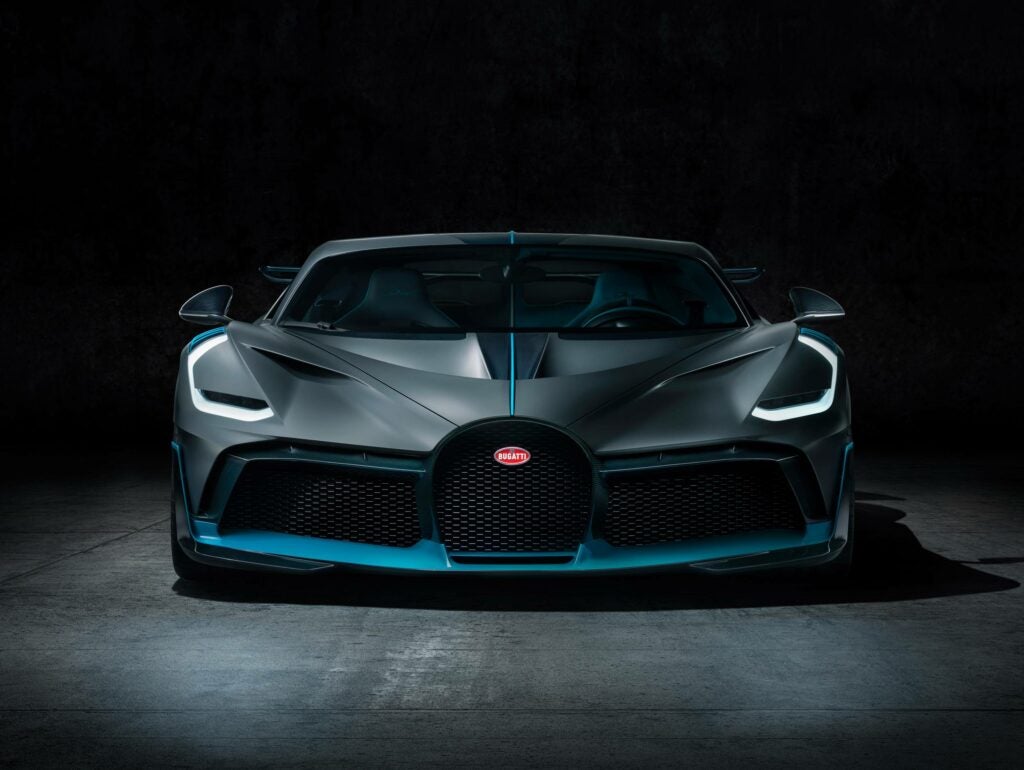 A front view of the Divo

While air is key for the Divo’s speed, it also plays a crucial role in stopping the car. There are four different areas funneling cold air onto the brakes, keeping them cool: a high-pressure area over the front bumper, inlets on the front wings, an inlet on the front radiator, and diffusers just ahead of the tires. With great heat comes great responsibility… to keep your brakes cool.

The roof forms a NACA air duct (something originally designed for high-performance planes more than a half-century ago) which helps force air into the engine compartment. At the back is a massive, six-foot-wide height-adjustable rear-spoiler (23 percent wider than the Chiron) that can function as an enormous air brake, or it will automatically adjust up and down based on the chosen driving mode and driving conditions. The rear diffuser, which calms airflow at the back of the car (turbulent air causes drag), has been redesigned for reduced drag and to accommodate the Divo’s four rear-facing tailpipes. 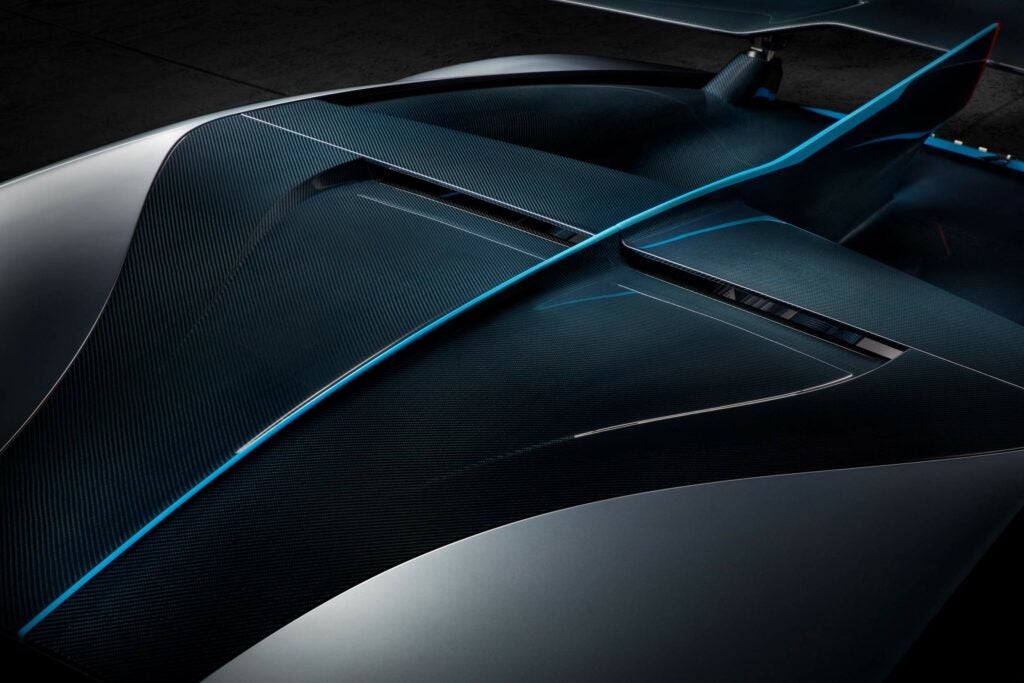 This car will take downforce from wherever it can get it.

And then there are all the cosmetic restylings meant to honor the coachbuilding work Bugatti did in the early 20th-century. The company would design and build vehicle bodies, then install them onto pre-existing chassis. Jean Bugatti, son of founder Ettore, made some of the best-known classic Bugatti cars, including the Type 57 Atlantic. The redesign means to make it clear that the Bugatti Divo is it’s own car, not just a simple tweaking of the Chiron.

“Our task was to develop a vehicle which would look different from the Chiron but still be immediately recognizable as a Bugatti,” explains Achim Anscheidt, Bugatti’s design director. A special two-tone color scheme — Titanium Liquid Silver and Divo Racing Blue — is showcased inside and out, with an interesting dichotomy between the driver and passenger sections of the car. The driver is swathed in blue leather, while the co-pilot is surrounded by darker Divo Grey alcantara.

The forty cars will generate a total of €200 million for Bugatti, though it’s not known if that actually covers the cost of the redesign and the cars themselves. A standard Chiron starts at €2.4 million, less than half the price of the limited edition Divo. All forty have already been sold to a select group of Chiron customers.