An F1 trainer explains how athletes survive the heat, stress, and g-forces during a race. 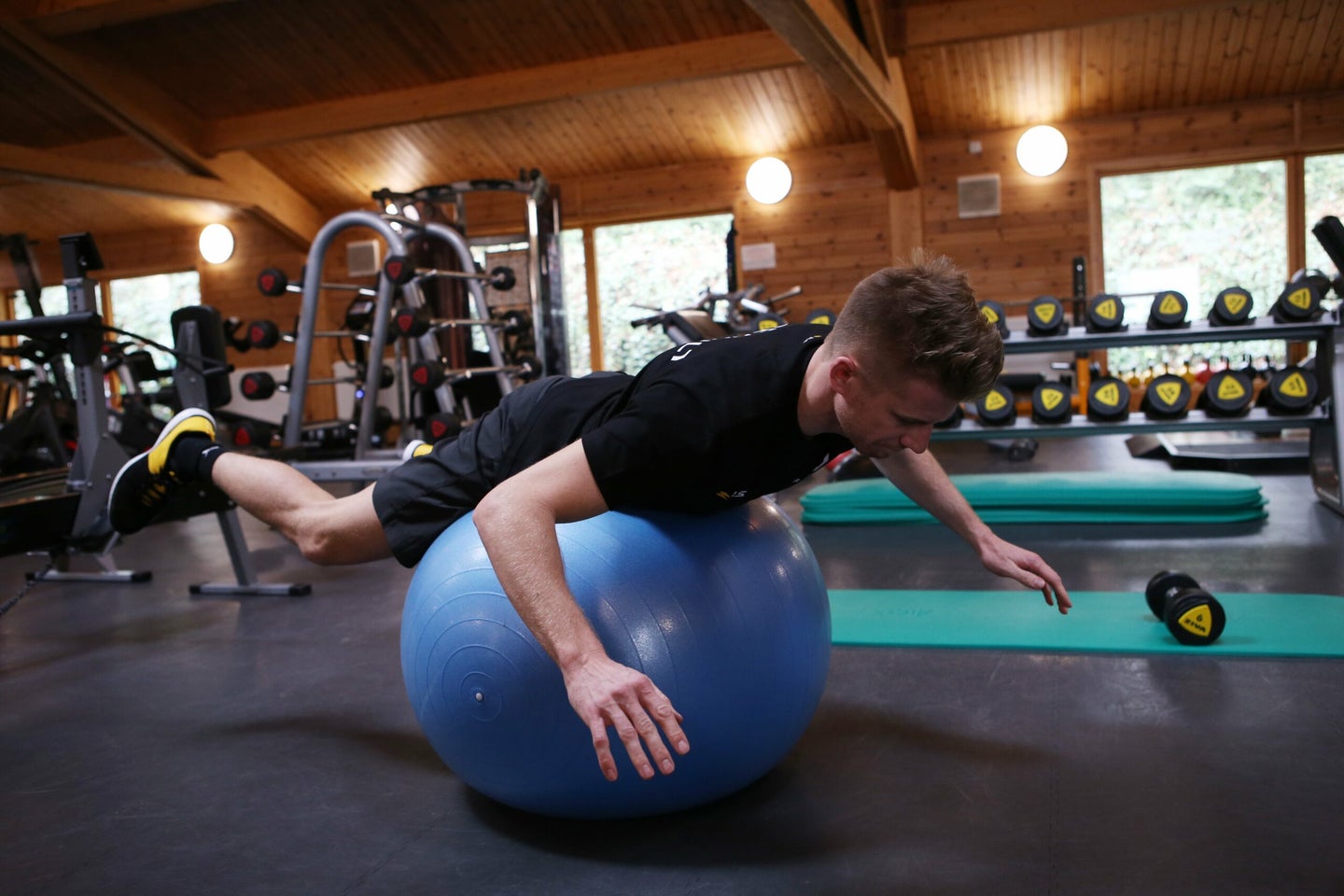 Steering a car while strapped tightly into a seat as may look more like relaxation than exertion. But piloting a race car is a draining effort that demands everything from the athletes of Formula 1, Indy Car, Nascar, and Le Mans sports cars.

This is why increasing numbers of race drivers are undertaking serious training routines to optimize their fitness. Explosive strength might not be absolutely necessary for success, but both physical and mental endurance are crucial, especially late in the race, when fatigue is taking its toll and the stakes are highest.

Nascar’s Jimmie Johnson and Dale Earnhardt Jr. have taken up serious cycling, and Johnson ran the New York Marathon earlier this year. Recently retired F1 pilot Fernando Alonso is such a serious cyclist that there was speculation that he could launch his own team for the Tour de France.

Martin Poole is the personal trainer for Renault F1 Team driver Nico Hulkenberg, so he has an inside view of the fitness demands on today’s racers. He says that Hulkenberg prefers running to cycling because biking can add muscle that is counterproductive when every ounce of extra weight slows the car. “We find that cycling puts on some muscle mass that is not so great for us,” he says.

Away-from-the track training produces drivers whose VO2 max scores are typically in the range of 55 to 65, according to Poole. This is a common metric for evaluating the overall fitness of an athlete. The Livestrong health site says that trained individuals normally fall around 50, and that elite athletes are normally over 60.

We can see how hard they are working by monitoring their heartrates, which climb during stressful situations such as qualifying laps, starting laps, rain racing and the final laps as drivers fight for finishing position.

“A driver’s heart rate over the course of a one and a half hour or two-hour race, on average, would be around 150 beats per minute,” Poole reported. “It would peak around 170 to 180 beats per minute, which does depend on the individual and their own heartrate response.”

Recent NASA descriptions of the Apollo 11 moon landing for its 50th anniversary similarly revealed that during the crucial descent to the moon’s surface, when they found the intended landing site rougher than expected and decided to fly further along in search of a better spot, Neil Armstrong’s heartrate climbed to 150.

It’s not just the racing action that raises heart rate BPM—pitstops can be particularly stressful. That’s because drivers will typically push to go as fast as possible on the lap when they plan to stop in the hopes of getting an advantage over their opponents’ stop. This makes it possible to gain a position with the risk of overtaking the other car directly on the track.

“They’re encouraged by their race engineer to really push on that in-lap,” Poole said. “So the heart rate goes up then, because they are really putting everything into that in lap. They want to make sure they push that in lap right to the start of the pit lane.”

It is important to distinguish current drivers from those of the not-too-distant past, when visibly out-of-shape racers enjoyed significant success. That’s because they would probably not have been able to win so often against the modern crop of health-focused racers, Poole asserts.

“Yes, drivers do come in all different shapes and sizes,” he acknowledged. “In some ways you could say this is a non-athletic sport because you can be a little bit out of shape. Drivers over the years have proved that. There have been drivers where you can see that fitness isn’t their main priority, but they are still able to drive a Formula One car quite well.”

The catalyst for the change in Formula 1 was the success of seven-time world champion driver Michael Schumacher. “He was responsible for bringing in driver fitness training, and then other drivers started thinking, “Wow, maybe that’s what’s giving Michael this amazing edge and making him so competitive. Then philosophies changed and people started to take fitness more seriously in motor racing.”

The difference might not be easily visible to fans because the work the drivers are doing inside the car is not apparent. “During a race, looking from the outside, it is very easy to think that driving a Formula One car is not that physical because we just see the driver’s helmet and the top of the cockpit,” Poole noted. “We don’t see what’s happening.”

Inside the F1 cockpit, the driver endures abusive g-forces as the car corners and brakes its way around a circuit. The loads can be as high as five times the driver’s body weight, according to Poole.

“This is lateral Gs, also under braking as well,” said Poole. “It is very hard to describe how heavy the braking is. Even when they come off the accelerator, before they even apply the brakes, that force you get is almost like you are doing an emergency stop in your road car. It is extremely heavy and it is really violent.”

This is why drivers work to build leg strength and especially neck strength. “What we find works best is manual training,” Poole explained. “Often he’ll be seated maybe on a ball or something like this to create a bit of instability. I’ll stand behind him and create forces on his head and vibrations with my hands. Rather than doing it with bands or with fixed-weight machines, this is way he finds is the best way to do it.”

This preparation causes race drivers to build large and strong neck muscles. “Nico’s sternocleidomastoid, the muscle in the neck, it is three times the size you’d ever see in anybody else,” he said.

Driver hydtration has improved in recent years, too. Today’s cars have powered water bottles in them that can squirt water into the driver’s mouth at the press of a button.

It sounds more helpful in theory than it is in practice, however, says Poole. That’s because drivers are busy, not just driving the car, but also adjusting its many settings through the steering wheel controls, so even at times when it seems like they would be able to push the water button, they might not be able to.

Excess heat inside the car warms up the water, which makes it unappealing to drink, he added. As a result, drivers may lose two liters of water during a race and drink only about half a liter during that time.

Does all this preparation make racers potentially competitive athletes in other sports? Probably not, observes Poole.

To be good at other sports requires practice playing those other sports, and anyone sufficiently dedicated to race driving to become a top professional hasn’t had time for that. “They’ve dedicated their lives to learning to drive cars,” said Poole.

“They were go-karting when they were kids. Sometimes you come across a 16-year-old racing driver with very bad hand-eye coordination. When I’m throwing balls to them when we’ve taken them to play tennis or squash, and they can’t even hit the ball; ‘What’s going on here?’ Because every single weekend of their childhood they’ve spent at a kart track.”

If we’ll never be as good as they are at driving, maybe we can beat them at our own favorite sports activities. “We find they are not that good at many other sports,” observed Poole. “As athletes they’re not always as adaptable as you’ll think they’ll be.”