Tires of the future could customize themselves to driving conditions 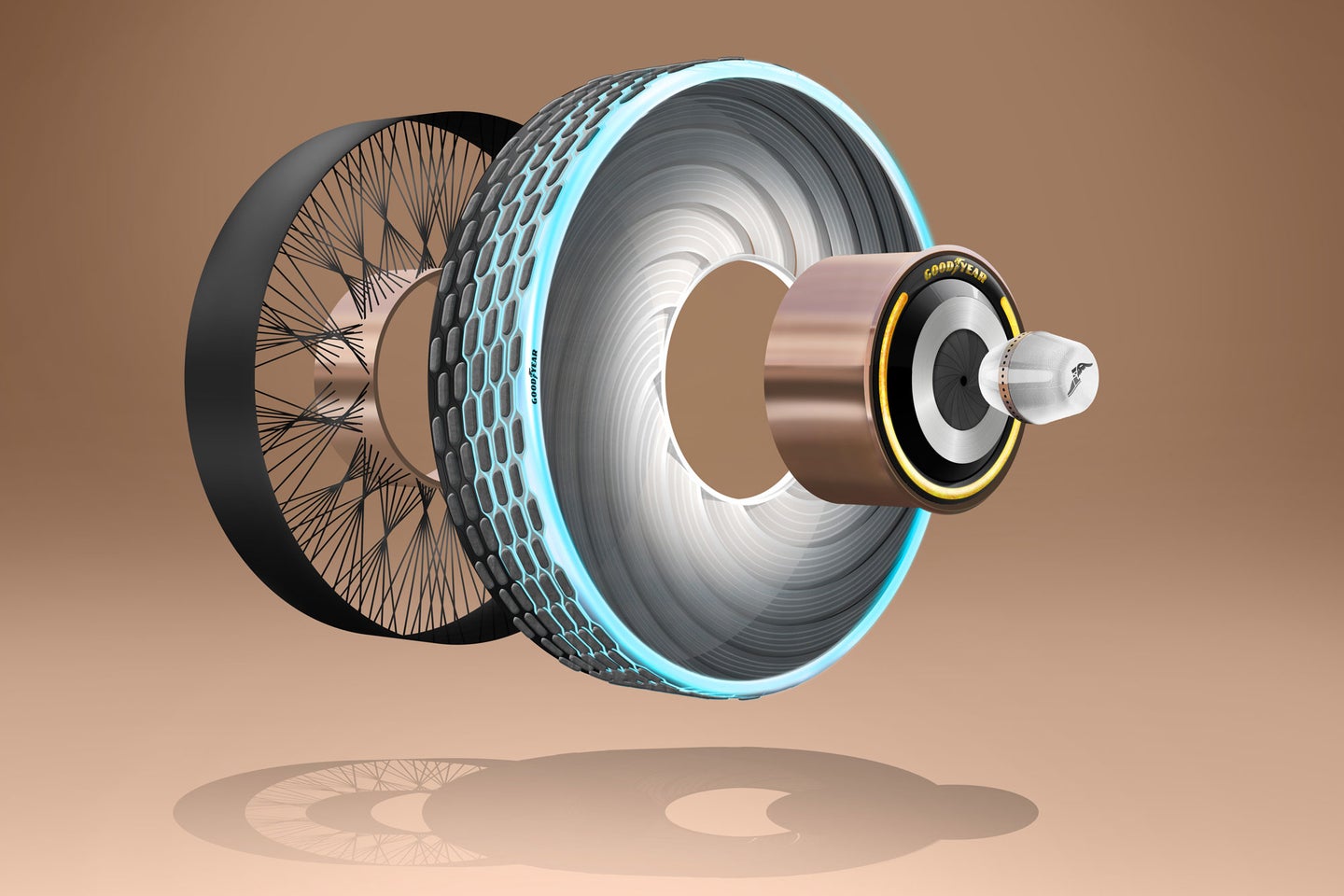 Swappable pods would supply the reCharge with material to create its treads. Goodyear
SHARE

The Geneva Auto Show isn’t happening this year due to concerns about the coronavirus, but the new cars and concepts are still trickling out into the world digitally. Tire manufacturer Goodyear typically uses Geneva as a platform to show off its most outlandish and futuristic ideas that it calls “stretch concepts.”

This year’s concept is called reCharge and it envisions a complete wheel system that dynamically creates its own tread using material dispersed from replaceable liquid cartridges. The foundation of the wheel itself wouldn’t change—it’s a permanent, airless space supported by a series of internal metal structures. The actual compound that hits the road would protrude through holes in the tire’s surface. In practice, it looks a lot like Play-Doh coming through an extruder in a uniform pattern.

Because the tread material comes from a changeable pod, drivers would be able to swap out different compounds for various types of driving, which would make it a truly all-season tire. For instance, it could dish out softer, tackier substances in the winter to improve traction in colder temperatures, then switch to something harder during the hotter months to reduce overall rolling resistance.

Since Goodyear is flirting with science fiction in these concepts anyway, the company imagines revamping the materials involved including by adding “synthetic spider silk” for reinforcement and dandelion rubber, which is derived from a specific version of the plant that grows naturally in Asia, but can exist anywhere with a similar climate. The resulting rubber is a sustainable and durable source of tire compound, but the relative lack of supply currently makes it challenging to produce on the necessary scale.

While you may see some of the materials from reCharge hitting the streets in the next decade, the entire concept will likely never actually come to market. Looking back on some of the previous “stretch concepts,” you’ll find 2016’s Eagle-360, which would connect to the car via magnetic levitation so they could rotate freely in any direction. That clearly never became a real thing.

Last year, the company showed off the Oxygene tire, which used an open structure and soft rubber to pull water up from the road. It then funneled that liquid into moss that lives in the tire’s sidewalls.