The evolution of the great American pickup truck, from 1925 to today 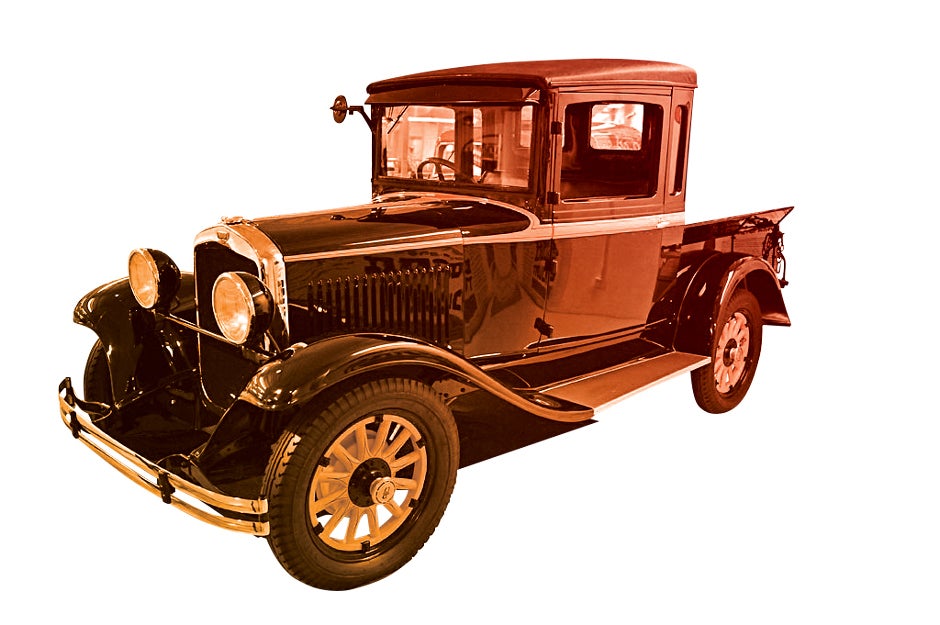 There is no vehicle more American than the pickup. One out of every five autos sold in this U.S. is a pickup truck, and flatbeds claim the top three spots on the bestseller list. Since the first farmers strapped wood crates onto their Model Ts in the early 1900s, trucks have—decade by decade—grown into the massive, powerful, terrain-tearing monsters that fill our roadways today. 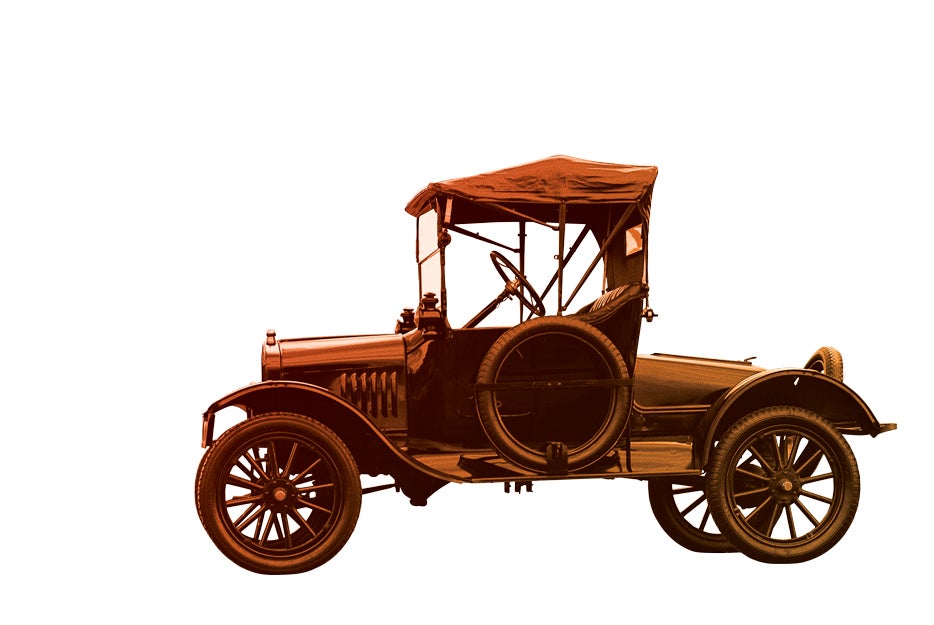 Before World War I, farmers and tradesmen retrofitted boxes and beds onto stripped-down cars to more easily haul their wares. With the 1925 Model T Runabout, Ford did the work for them: The automaker attached a small (56-by-40 inch) steel bed, adjustable tailgate, and heavy-duty rear suspension springs onto its famous car’s substructure.

It didn’t take long before car frames couldn’t handle the terrain and payloads truckers were hauling. Dodge built the Merchant Express atop the first purpose-built truck platform—including a heavy-duty cab, frame, and body—that could stand up the abuse. This shift in design and engineering set up trucks to get stronger and bigger over time. 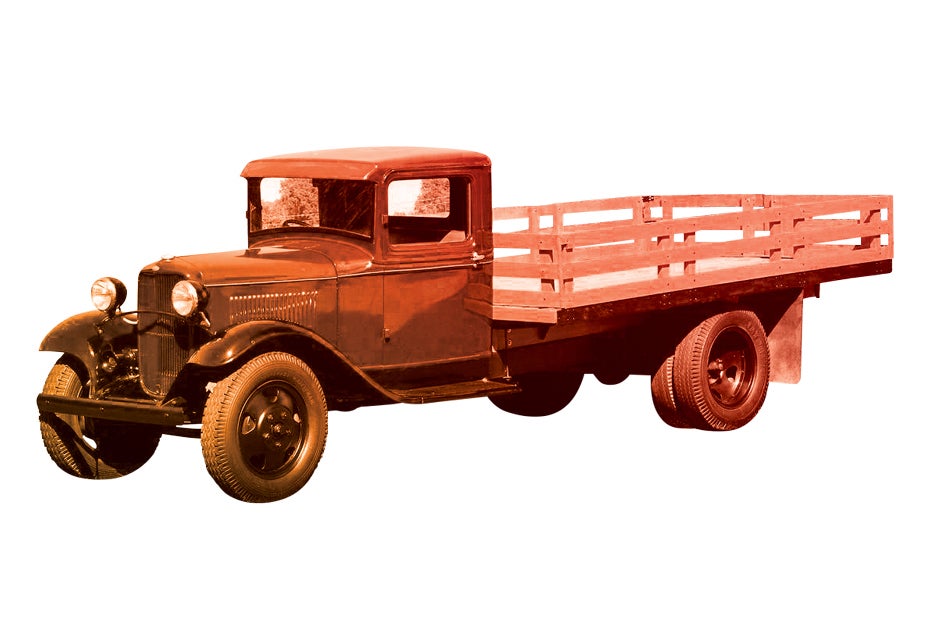 Truck builders have been one-upping each other in power since the ‘30s, when Ford dropped a V8 engine into the Model BB. Its 65 horsepower bested competing V4s and V6s in both price and grunt, allowing for bigger beds and beefier frames that could haul more milk to market. 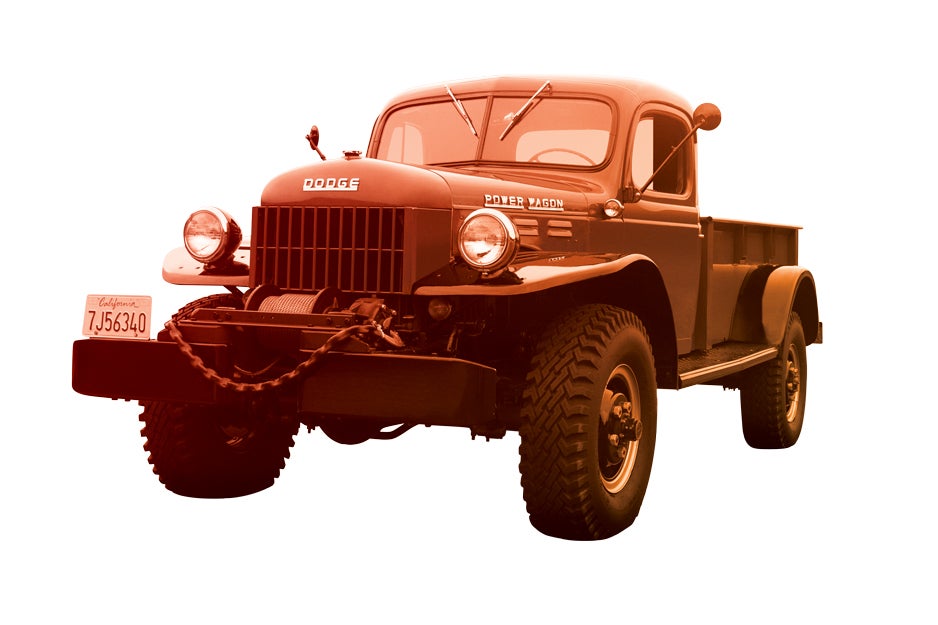 Though World Wars II troops were the first to experience four-wheel drive in their Willys (built by Jeep and Ford), Dodge brought the terrane-tromping feature home on the Power Wagon. By delivering power to all four wheels, the truck could haul huge payloads on either 7.5- or 9-foot beds over rough pavement, rocks, and dirt. 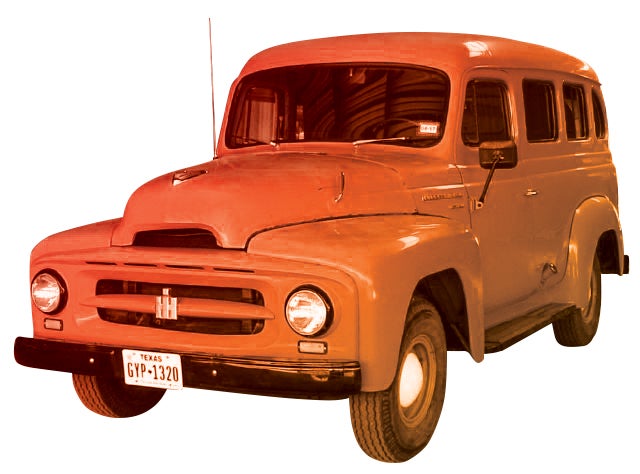 The more supplies you haul to a jobsite, the more work you can get done—and the more people you need to do it. The 1957 International Harvester Travelette had the first six-person, three-door cab. Harvester followed up with a roomier four-door version in 1961, and eventually let the cab take over the entire vehicle, foreshadowing the rides of future suburbanites. 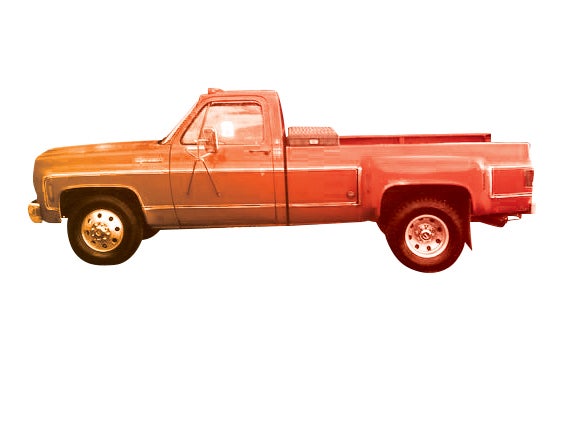 Over time, burly trucks got easier to drive thanks to additions like automatic transmissions, independent front suspensions, and power brakes and steering. But they also got better at being trucks: The 1973 Chevy C-Series “Dooley” was the first to feature dual rear wheels, which allowed it to haul up to 10,000 pounds. 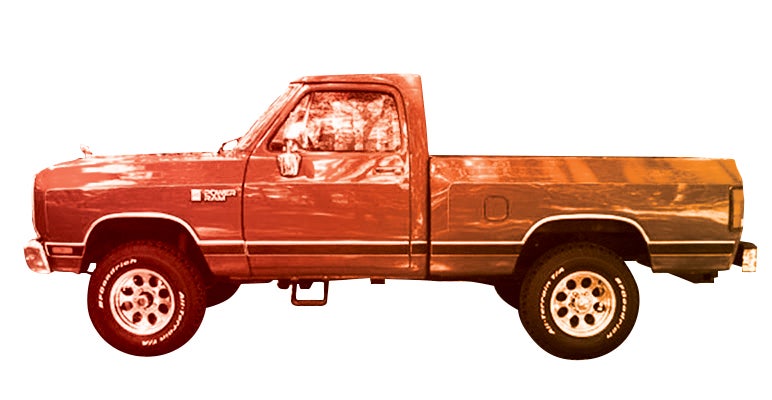 Dodge wasn’t the first to drop a diesel engine into a heavy-duty truck, but the 1989 Ram was the salvo that sparked the great pickup power war. Built around a Cummins turbodiesel, which was common in commercial haulers, the flatbed had 160 horsepower and 400 foot-pounds of torque—enough muscle to easily yank heavy loads uphill or from a dead stop. Its arrival set off a Detroit torque war that continues to rage. 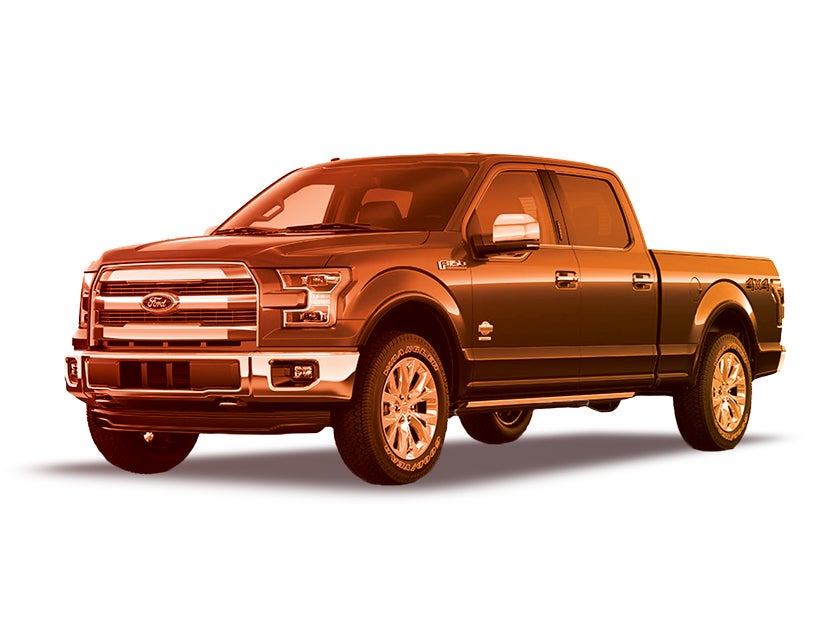 Steel has always been the backbone of the pickup, but efficiency standards have forced automakers to experiment with metallurgy to reduce weight—without crippling strength. Ford ditched the steel body on the F-150 and replaced it with heat-treated aluminum. And a 2019 update to Chevy’s Silverado will feature a cab made from a new lightweight steel composite.