To succeed, the “age in place” movement needs good design. 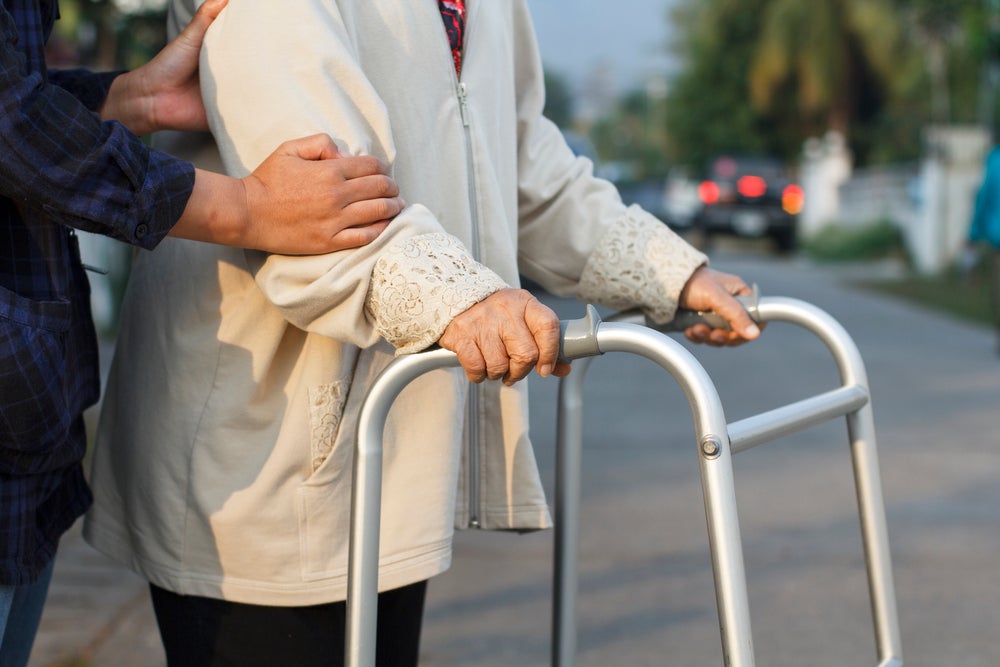 If the future were a color swatch, it might be called “concentrated grayness.”

That’s because the population of the United States is simultaneously aging and urbanizing. By 2035, census data indicates, people over 65 will outnumber children 18 or younger, in a demographic shift experts call “graying.” At the same time, Americans are packing in tight. Between 1970 and 2010, the number of people living in a city, big or small, increased by 7 percent. Given older people are less likely to relocate, this suggests the number of elderly urban dwellers will continue to rise.

And therein lies the challenge: Cities aren’t always designed with older people’s needs in mind. With these dates looming, architects, city planners, and advocates are asking, what would it really take to help people age in place?

Many Americans move out of their homes and into specialized care facilities later in life. According to a 2014 report from U.S. Centers for Disease Control and Prevention, 15,600 licensed nursing homes were caring for 1.4 million Americans. Millions more are in assisted living or residential care communities.

These spaces have their perks, says Julia Twigg, a professor at the University of Kent who studies the social dimensions of aging. They tend to be newly built and regimented, which is important as people’s physical abilities diminish. (The delipidated Victorian fixer-upper you bought in your 30s, she says, is likely less appealing in your 70s.) And since they typically offer a continuum of care, residents can live in their own apartment while they’re able to remain independent, then move into a more centralized facility with round-the-clock assistance when they need it.

But they can also be isolating, set aside from the rest of the world. Not everyone wants to move later in life, especially when they feel connected to their neighborhood. Facilities are often costly and for some people, like those with mild cognitive decline, relocating can be disorienting.

Unfortunately, people meet countless obstacles when they attempt to “age in place,” defined by the CDC as “the ability to live in one’s own home and community safely, independently, and comfortably, regardless of age, income, or ability level.”

Getting around without a car in many American communities is hard. For older people who may not feel comfortable driving anymore, alternative transportation is essential. But many cities have few, no, or incomplete sidewalks. The marked intersections that do exist often don’t have long walk times, threatening to bring traffic to a halt, or trap pedestrians in the median while they wait for the next light.

Infrastructure isn’t the only problem. Smaller issues even crop up inside, as development projects are rarely designed to be “lifetime homes.” The width of many standard doorframes doesn’t accommodate wheelchairs. Ditto for narrow hallways. Even the placement of appliances, like those microwaves above the stove—and your head—can pose a problem for anybody, young or old, who can’t quite reach.

Tackling these problems isn’t as hard as it might seem, says Bryan Bashin, who leads LightHouse for the Blind and Visually Impaired. In designing its new facility in San Francisco, the architects were deliberate in making their designs not just accessible, but welcoming not just to the eyes, but to the ears and hands.

Instead of the typical metal handrails, the central staircase is crafted of wood and slightly angular in shape, all the better for holding. Textiles mute unintentional sound, but concrete walkways exaggerate the sounds of people moving. This is helpful to people who use walking canes and, Bashin says, lends the building a sense of movement, even community. And instead of placing lights wherever they fit, the central LED lights are oriented north-south to mimic the two main streets outside. “It’s an orientation cue,” Bashin says. “Everybody puts lights in a building. Why not put them in a way that’s consistent with [the space]?”

The same pragmatic optimism applies outdoors, too. As older people may not want or be able to drive, public transportation is often integral to an “aging in place” strategy. But smaller changes, like lengthening the time allotted to cross a street, can help to make a neighborhood more accessible. Cities might also consider adding, connecting, or repairing sidewalks; ensuring every street ends in a curb cut; and providing shade and benches to rest along the route.

Efforts to integrate older people into urban life can extend much further, of course. Toyama, a city in Japan, which aged and urbanized long ago, is a “compact city.” According to The Guardian, urban planners work to ensure that citizens have easy access to all the essentials. A tramline connects people to things like groceries and recreation. And while outlying lands could be developed, city officials are committed to densifying the space they have, instead of expanding.

Like so many strategies that seem to be just for the old or just for people with disabilities, these developments end up benefiting everyone. “[We must] think about ‘integrated design,’” Twigg says. “Instead of specifically thinking about frail older people, we need to make the built environment more hospitable for all people.”