Also, stop swearing at your Siri. 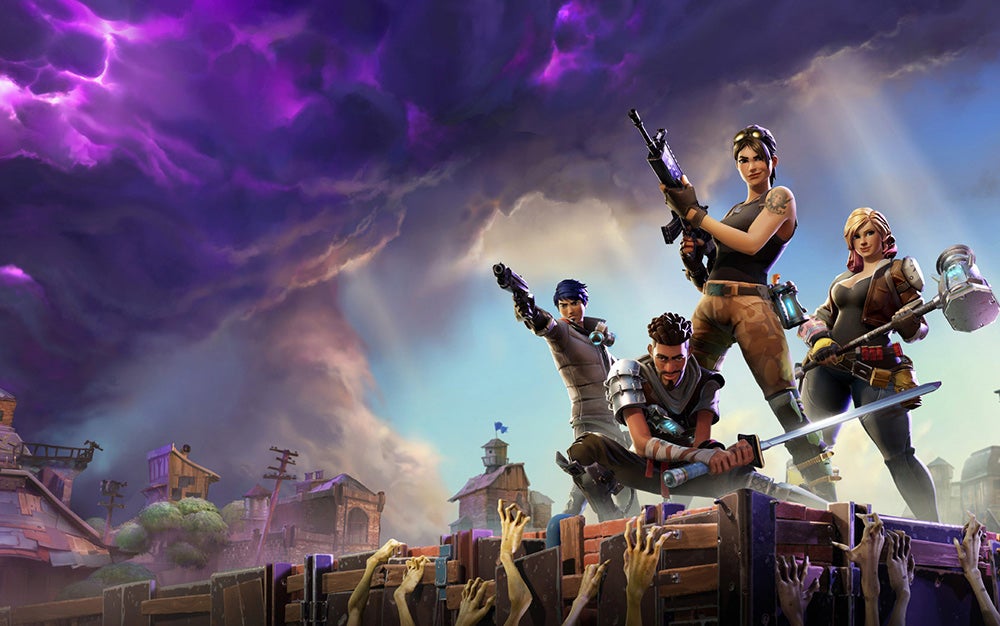 Grand Award Winner The game that broke down platform barriers
In August, 78.3 million people logged into Fortnite's cartoonish landscape—peppered with rideable golf carts and coveted treasure chests—to try and pummel friends or strangers in a last-player-standing battle royale. The game set the record for most concurrent players (8.3 million) and game-streaming eyeballs on Twitch (1.46 million). Those are in part thanks to the fact that the game is the first available to every tribe within the button-mashing clan: high-end PC gamers, console devotees, and mobile-phone tappers. To bring everyone together, developer Epic Games orchestrated massive in-game events, like a rift appearing in the sky or the arrival of a massive and mysterious cube, that help the game transcend whatever screen it's on. Epic Games
SHARE

Even if you had previously avoided the brightly-colored gaming juggernaut of Fortnite, this week likely changed that. Last weekend, a 16-year-old named Kyle Giersdorf won $3 million at the Fortnite World Cup by virtually murdering players from around the world in a tournament that started as an open event with tens of millions of participants. Since then we’ve been inundated with debates on whether or not it’s “legitimate” for kids to concentrate on playing a game as a career. The discussion has been truly mind-numbing, but almost impossible to resist. But while you were defending—or decrying—teens for wanting to drop everything and frag n00bz in virtual worlds, the tech news kept on flowing. Here’s a look at what you may have missed.

Listen to a special episode of the Techathlon Podcast

Techathlon isn’t quite officially back from summer break, but we recorded a short episode to help soak up hours of driving during your long rides to the beach. This installment of the Techathlon Decathlon pulls 10 trivia questions from the past few weeks. Play along! When you do well, tell your parents you want to go pro. Or, just talk smack on Twitter about it.

You can listen in the player above, subscribe on iTunes, add us on Stitcher, join us on Anchor, or check us out on Spotify.

Capital One got hacked

It’s getting harder and harder to keep up with all the companies suffering data breaches, but this week a major bank took the security spotlight. The issue affects more than 100 million people in the U.S. and includes roughly 140,000 social security numbers, which is bad news.

A report from The Guardian claims that contractors working on behalf of Apple regularly listen to requests users make to Siri (for quality control purposes). Unfortunately, that means those contractors allegedly hear all sorts of things they’re not meant to hear, including personal information and potentially embarrassing queries. Apple says humans hear less than 1 percent of the Siri requests, and only do so in an effort to improve its performance. But now Apple is nixing access for outside contractors, at least, and will eventually let users completely opt out of being overheard. Until then, consider keeping your Siri banter PG-13.

BK’s foray into the fake meat space was wildly successful in its limited trials, and now it’s going all across the U.S.. The Impossible patty still comes with mayo, like a regular Whopper, so you’ll have to nix that if you want it vegan. But you can also add bacon and cheese to it, if you’re so inclined.

Dash Buttons—Amazon’s physical buttons that allow you to order a product with a simple press—have been dying a slow death for months now. The company stopped selling the devices earlier this year, and units already out in the world will stop working on August 31. So, if you truly love ordering laundry detergent by pressing a button, get your kicks now.

Don’t count on that $125 from Equifax

A settlement from 2017’s Equifax hack promised affected users the chance to claim $125. Now, however, some of those users may find themselves disappointed as the funds have quickly run out. Only $31 million of the massive settlement was meant for cash payouts to individual users, so even if you took the time to submit a claim, you may end up with nothing. The FCC recommends you pick the free credit monitoring option as compensation instead of the cash. Sweet justice.

Smartphones decimated the small camera market years ago, but there are a few models still worth your attention. Sony’s RX100 series is where you should be looking. These cameras have imaging sensors much bigger than the one in your phone, which improves photo quality, and the 8x zoom lens has a fast aperture to let in lots of light. The new RX100 VII also features a real microphone jack, which makes it extremely appealing for YouTube vlogging—a great backup career if your shot at professional Fortnite playing doesn’t pan out.