Will Hadfield ever fly again? 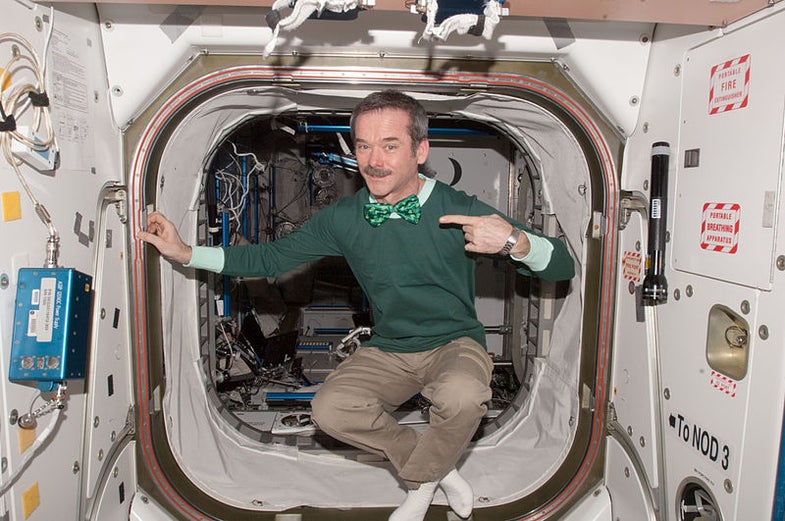 Canadian astronaut Chris Hadfield, probably the most famous and beloved astronaut since Apollo 11 and certainly the best-known Canadian astronaut ever, announced his retirement from the Canadian Space Agency today. “I’ve decided to retire from government service after 35 years of serving our country,” said Hadfield, concisely.

The main reason for his retirement appears to be generosity: Canada doesn’t get to send all that many people to the International Space Station, and won’t have another chance until 2016. There are two other Canadian astronauts, David Saint-Jacques and Jeremy Hansen, waiting in line–but Hadfield has priority. So he bowed out.

Hadfield was best known for his presence on social media, conveying his boundless, mustachioed enthusiasm for space and space travel with tens of thousands of photographs and dozens of quirky, fun videos. He played a cover of David Bowie’s “Space Oddity.” He showed how tears work. He wrung water out of a piece of cloth (which turned out to be crazier than expected). Hadfield brought the fun back to space travel, something that seemed to have gotten lost in the past decade of budget cuts and boring Space Shuttle missions.

He has not, however, ruled out returning to space, specifically mentioning the uptick in private space programs. It wouldn’t surprise us at all if he was snapped up by, say, SpaceX to be a key player in the coming era of private space travel.