No need to fear, though: it's an experiment to see exactly how gases are dispersed through the hundreds of miles of New York City subway tunnels. 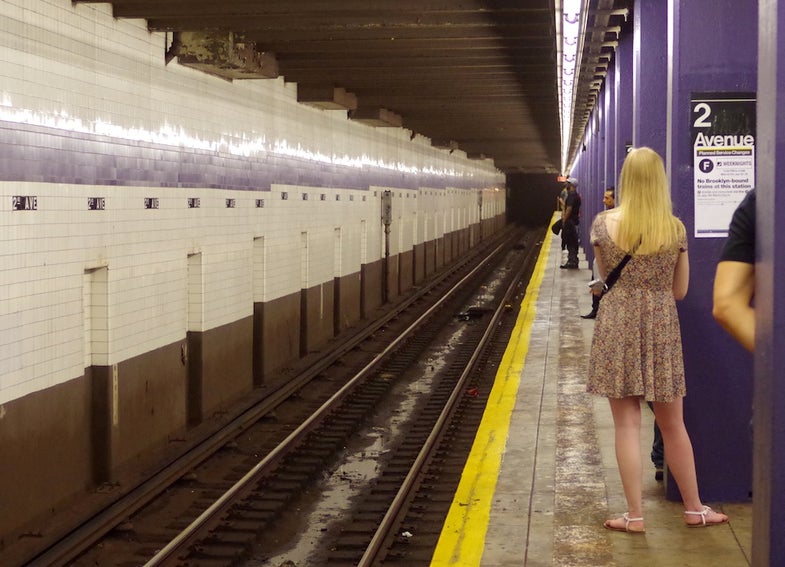 Starting today, New York City authorities will be releasing perfluorocarbon gas into several subway stops, some above and some below ground. Sounds scary, but isn’t: perfluorocarbon is a harmless gas, odorless and colorless, and it’s being used in the largest airflow experiment ever undertaken.

Perfluorocarbon tracers, or PFTs, are used because they’re artificial and do not occur in nature, so a very small amount can be detected fairly easily. The work of detection will be done by a large team from three national labs: the Brookhaven, Argonne, and Los Alamos National Laboratories. About 100 interns in addition to professionals from the labs will be constructing and monitoring small black-and-grey boxes in dozens of locations all around the city, all dedicated to checking the air for these tracers.

Those locations aren’t merely in the subway; the thing about New York’s extensive, massively complex subway system is that it’s the quickest way for airborne contaminants to race through (nearly) all portions of the five boroughs. So these testing boxes will be installed on subway platforms, sure, but also on telephone poles above ground.

The experiment is only the latest in a series of airflow experiments in the New York City subways. The New York Times claimed that a clandestine test was carried out in the 1960s by smashing a “bulb” of similar tracer gas in the subways to see if the city was prepared for such an attack. (It wasn’t. An engineer involved in that test said a rush hour attack of that sort would “put New York out of commission.”)

But this time, the test is anything but clandestine. The city released details of the experiment to the press, and each box has a phone number and a website that will provide information to anyone who is (reasonably, to be fair) a little alarmed about strange boxes that have something to do with strange gases flowing through the subway tunnels.

The study is funded, at a cost of $3.4 million, by a grant from the Department of Homeland Security, and today’s is the first of three non-consecutive tests that will be done between now and July 28th.