A seriously beautiful video marks the end of a seriously entertaining ISS expedition. 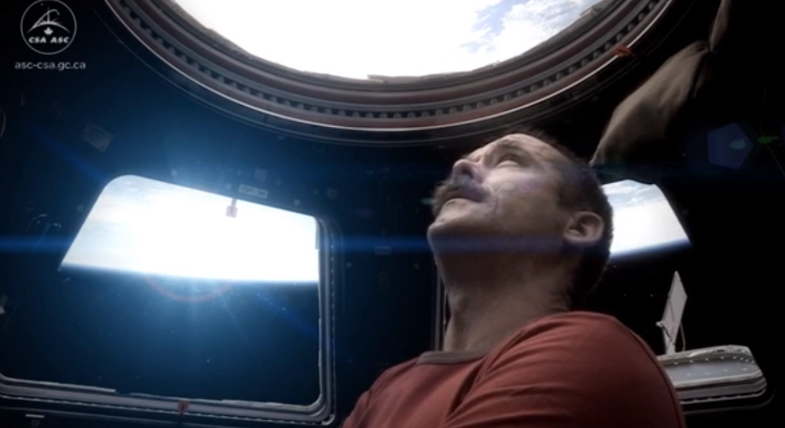 International Space Station Expedition 35 Commander Chris Hadfield has taught us so much about space. He’s shown us how to make sandwiches in zero gravity (with tortillas, because bread crumbs–like potato chip crumbles–can clog the instruments) and why there’s no crying in space travel. And now, with his departure from the International Space Station imminent, he’s shown us that covers can still be cool by releasing a video of himself performing David Bowie’s “Space Cowboy” aboard the ISS.

While floating in the most peculiar way Hadfield recorded the guitar and vocals right there aboard the space station, then shipped the video home for what turns out to be some really nice production work on both the video and the additional music. The whole thing came together so well, even Bowie himself gave the video a nod when it released last night:

Alas, it’s likely the last we’ll be hearing from Commander Hadfield from the ISS for awhile. The first-ever Canadian ISS commander turned over command of the ISS to his successor, Expedition 36 Commander Pavel Vinogradov, last night. He returns to Earth aboard a Russian Soyuz capsule tonight between 9:30 p.m. and 11:00 p.m. EST.