Where Does Foreign Aid Go? [Infographic]

The most fascinating part of this infographic is what it obscures. 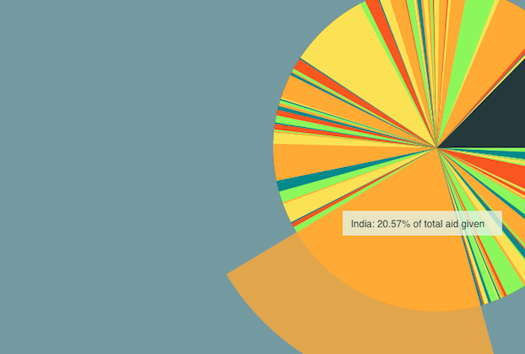 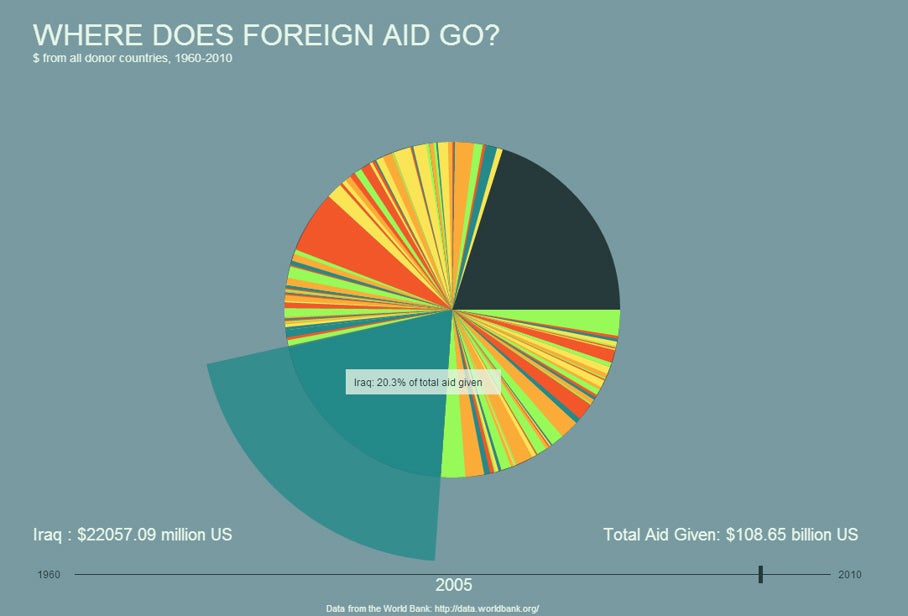 This interactive infographic by NYU graduate student Hannah Davis shows the global distribution of all foreign-aid spending (so not just American) for every year from 1960 to 2010. Play around with it, and it’s like watching a Ouija board of countries battling for influence.

Sometimes the directional pull of foreign aid is obvious, as in the image above. Iraq dominates the chart for 2005–at the height of the Iraq War–soaking up more than a fifth of foreign aid. 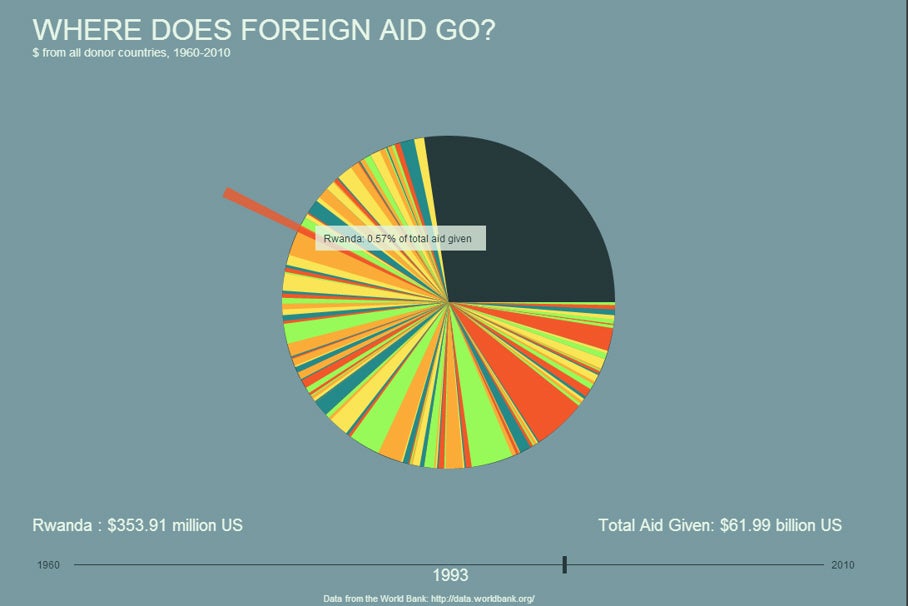 Other times, the noise itself is the picture. Aid in 1993, after the collapse of the USSR and before the major humanitarian efforts of the late 1990s, is widely dispersed, with only China commanding more that 5 percent of the global total. Rwanda, highlighted here, was just about to undergo the darkest chapter in its history. Aid to Rwanda almost doubled in 1994, no doubt in response to the genocide that took place.

The most fascinating part of this infographic is what it obscures. Between 1960 and 2010, global spending on foreign aid increased 30-fold (granted, that’s without adjusting for inflation). The pie chart can’t really show that — it’s great at contrasting relative amounts of aid, but in the time covered the pie grew, so relative sized slices aren’t the complete picture.

You can find the infographic here.