FYI: Why Do You Lose Your Tan In The Winter?

Whenever you decide to clean your house, you could be slowly but surely sweeping your tan right out the door. 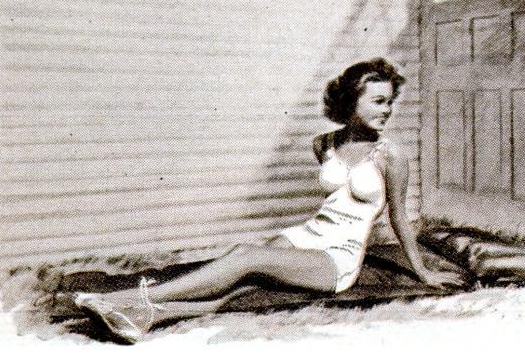 Walk along a California beach on a warm summer day, and there are sure to be dozens of men and women, spread out on their towels, soaking in as much sun as they can. Sure enough, about six months later, in the cool months of January, February, and March, that same tan they worked so hard to obtain is… gone. What happened?

The short answer: it fell off.

The long answer? Let’s start with how we tan. Put simply, a tan is a protective mechanism for the skin according to Dr. Ali Hendi, a skin cancer specialist from Georgetown University.

There are a few cells in the basal (bottom) layer of the epidermis (or outer layer of skin) called melanocytes which produce a pigment called melanin. These cells are interspersed within the skin and make up about 1 percent of the skin. Dr. Hendi compares them to octopuses with little tentacles delivering packets of melanin to surrounding skin cells. “The job of the melanin is to protect the skin, specifically the nucleus,” Dr. Hendi says. “It sits right on top of the nucleus almost like a little cap.” The “cap” of melanin on top of the nucleus helps protect the skin from UV radiation by absorbing some of the excess rays, which can cause mutations in skin cell DNA that can lead to skin diseases.

Melanocytes can detect Ultra Violet (UV) radiation from the sun which triggers production of the pigment. There is even some new evidence that melanocytes have eye-like abilities to help begin melanin production. Scientists at Brown University found evidence of rhodopsin in melanocytes which is a photosensitive protein found in the eye’s retina used to detect light changes. Further testing led the study to conclude that these photosensitive receptors help start melanin production in the skin much faster than previously thought.

People with darker skin have more active melanocytes that produce more melanin than those with fair skin, Hendi says. Therefore, black skin and white skin will have an almost identical number of melanocytes, but the cells in black skin produce much more melanin.

The reason you lose your tan, however, has nothing to do with melanocytes. It disappears for one simple reason: humans shed.

You lose about one million skin cells in a 24-hour period. The outside layer of human skin replaces itself every 28 to 30 days. Cells on the surface continually flake off over time; new ones grow in the bottom layers of the skin. This cell death is known as apoptosis, according to Dr. Jeffrey Banabio, a dermatologist certified by the American Academy of Dermatology. The dead cells on the surface, made of mostly fat and protein, provide the most protection against the environment and the sun. “It is a normal process that is actually optimized to protect us. It is productive to have nonliving protein and fat there rather than having living cells on the surface.” The melanin in these dead cells absorbs some of the UV radiation hitting the skin.

During the winter, this cycle of regrowth and shedding continues, but the production of melanin drops off. “In the winter, the amount of UV radiation reduces significantly, so the melanocytes stop putting out so much pigment.” Over the course of weeks or months, the more heavily pigmented skin cells mature and fall off. The new cells produced in the basal layer of the epidermis are exposed to less radiation in the winter and thus have less pigment making them lighter in color. This gradual change in skin cells is responsible for lighter winter skin colors.

Some scientists estimate that you lose about one million skin cells in a 24-hour period. These skin cells make up most of the dust you see on your computers, windowsills, or tables. Therefore, whenever you decide to clean your house (let’s hope more often than not), you could be slowly but surely sweeping your tan right out the door.

This story was produced in partnership with Northwestern University’s Medill School of Journalism.