The International Space Station is in constant motion, whipping around the Earth at some 17,000 miles per hour. But according... 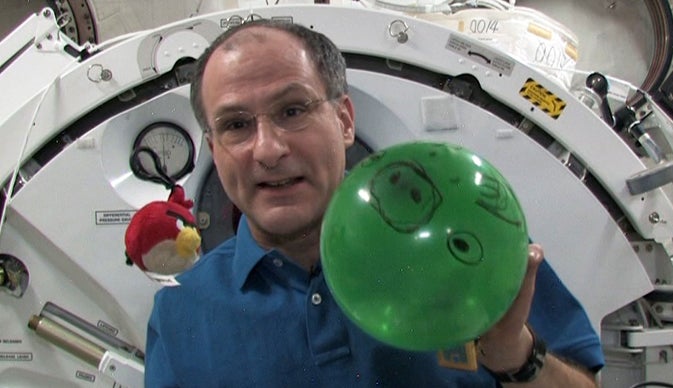 The International Space Station is in constant motion, whipping around the Earth at some 17,000 miles per hour. But according to current ISS inhabitant and NASA astronaut Don Pettit, there’s no reason why a bullet-fast orbital space station with no fixed location shouldn’t have a fixed mailing address–after all, Navy ships have mailing addresses, as do remote outposts like McMurdo Station in Antarctica–and he’s devised just such a postal nomenclature to satisfy this need via his NASA blog.

My sleep station, a coffin-sized box, is located in the fifth deck space of Node 2. From an Earth-based perspective, I pop out of my sleep station as if I were coming out of the floor. I am thus situated on the International Space Station (ISS) in Low Earth Orbit (LEO) with an orbital inclination of 51.6 degrees (the angle of our orbit plane to the equator) and an average altitude of 400 kilometers. It occurred to me that my address should be: Node 2, Deck 5, ISS, LEO 51.603.

In this system, the “zip code” is 51.603, the first three digits representing the orbital inclination (which should help future space couriers locate the address on orbit) and the last two digits being a designator for the ISS itself. The station is the third such space station at this orbital location, after the Salyut series of stations and Mir. Pettit reasons that this nomenclature should work until the orbit becomes clogged with up to 99 space stations.

Postage rates, however, are likely going to be astronomical.