Florida state attorneys have decided not to file felony charges against a 16-year-old whose science experiment was actually not boring. 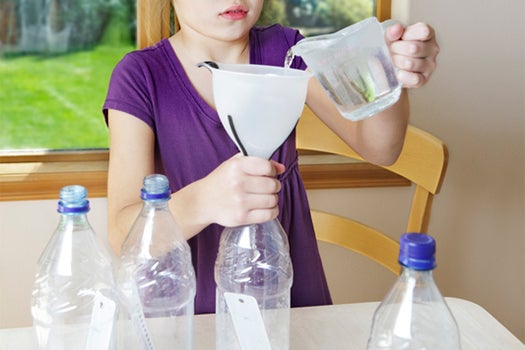 Good news coming out of Florida this week: 16-year-old Kiera Wilmot won’t be charged with dual felonies for conducting a science experiment on school grounds at her public school in Bartow, Fla., the Florida State Attorneys office has announced. The announcement comes after 195,000 people from across the country signed an online petition demanding the charges be dropped.

On April 22 in the hours before school started, Wilmot mixed a household chemical with aluminum foil inside a water bottle and placed the cap on it as part of a science experiment. She reportedly expected the reaction to create a little smoke, but instead the bottle popped with a firecracker-like sound and produced more smoke than anticipated.

No one was injured and no property was damaged, but nonetheless the school administration phoned the police, who arrested Wilmot for “possession/discharge of a weapon on school grounds” and “discharging a destructive device”–charges that could have led to Wilmot finishing high school in a juvenile facility and entering her adult life with a record. Wilmot has an outstanding school record and her principal describes her as both a “good kid” and one who has no record of being in any kind of serious trouble.

Her story set off a wave of criticism in the science community and led to an online petition supporting Wilmot–and encouraging scientific curiosity among American youth in general. Whether it was the public outrage or a bout of common sense that seized Florida’s State Attorneys office, the felony charges have been dropped and Wilmot is free to continue being a high school student genuinely curious about science and the world around her.