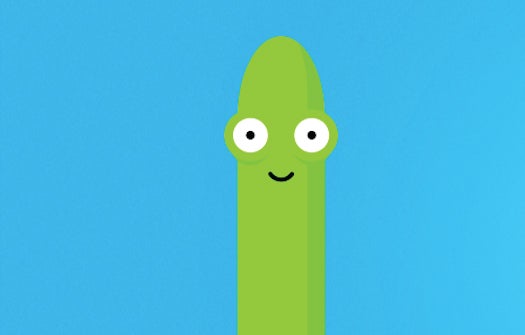 It’s sort of like slapjack, but slower. You can now help science by watching 30-second videos of microscopic worms and hitting your keyboard when the worms lay eggs.

The project is part of a super-basic biology study that takes a first look at what different genes do. The worms are Caenorhabditis elegans, a nematode species that geneticists often use in first-line studies about genes. You can check out the project, which is called Worm Watch Lab, on on Zooniverse, a platform that hosts a variety of citizen science projects.

The idea with Worm Watch Lab is that this kind of study could eventually lead to a better understanding of genes that are important to human health. Humans share the vast majority of their genes with lab animal species, including rats, mice, fruit flies and C. elegans. When researchers are just beginning to try to understand a gene, they often check how the gene functions in lab animals. They breed animals with mutations in that gene and then observe what happens. Do the animals look funny? Do they do things differently?

In this case, researchers with the U.K.’s Medical Research Council have bred a bunch of mutated C. elegans and they want people to check whether the worms lay eggs more or less often than usual. Egg-laying is an important behavior in C. elegans and depends on chemicals the body produces that humans also produce—in their brains. So worm egg-laying is a first-line way for geneticists to study certain brain circuits.

Don’t worry, you don’t need to know how much egg-laying is “usual.” You just need to mark when the worms lay eggs. A quick training session will teach you what to look for.

Zooniverse billed the marking as “strangely addictive,” but I found it was quiet work. I played maybe a dozen times and none of my worms laid any eggs. Your mileage may vary.

Then, I thought, maybe it would help to know more about C. elegans‘ sexual history. Like many worms, their reproductive cycle is pretty weird, compared to humans’ and other mammals’. Here’s what I learned:

Fascinating! Now get to egg-marking.