Self-Correcting Laser Rifle Sight Gives the Most Accurate Shot Yet

When you’re aiming at a target two miles away, the slightest perturbation could end up causing a catastrophic miss —... 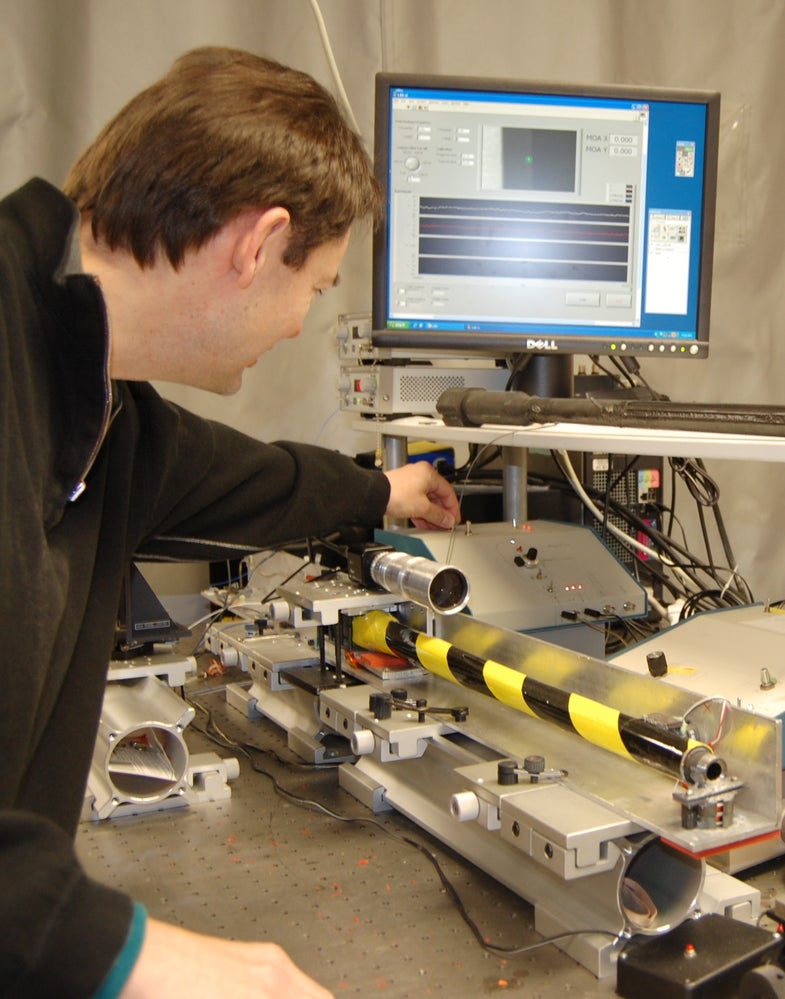 When you’re aiming at a target two miles away, the slightest perturbation could end up causing a catastrophic miss — not good enough for today’s military. Until guns can aim themselves, snipers need the most accurate weapons possible. Engineers at Oak Ridge National Laboratory came up with a laser-guided correction system that ensures a shooter’s crosshairs are always on the mark.

The new Reticle Compensating Rifle Barrel Reference Sensor measures slight disruptions in a gun barrel, automatically compensating for how they would impact a bullet’s trajectory and adjusting the gun’s crosshairs accordingly.

This hyper-accuracy can enable snipers to take full advantage of modern guns with huge ranges up to two miles, ORNL explains.

It works by measuring slight variations across a rifle barrel. High-caliber rifles usually have a series of grooves on the exterior, called flutes, which help reduce weight and dissipate heat, allowing the barrel to cool off more quickly after firing a round. ORNL researchers led by Slobodan Rajic added glass optical fibers to these grooves. Laser diodes send a beam of light into the optical fibers, which split it in two directions, along the top and side of the barrel.

Using these beams and other sensor inputs, algorithms calculate how accurately a gun’s sights — the reticle — correlates to the barrel’s actual position. The shooter has crosshairs that automatically adjust for environmental conditions in real time, ONRL says.

The system’s resolution is 250 times better than traditional reticles, shifting by 1/1,000th of a minute of angle.

To accompany the accurate crosshairs, Rajic and colleagues are also developing a laser-based bullet tracking system, which would provide a marksman with information about the bullet’s flight path. That sounds kind of like Darpa’s One Shot self-aiming system, which will calculate ballistics and ensure a perfect shot regardless of wind, humidity and other conditions.

The reticle system is targeted for military and police forces, according to ORNL.