Looks like China just installed a railgun on a warship, beating the U.S. Navy to the punch

Railguns are another way the PLAN hopes to get an edge in 21st-century naval warfare. 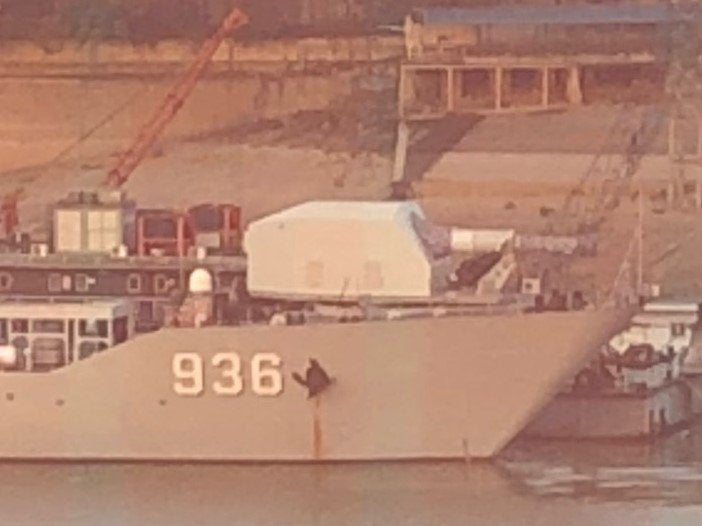 The entire railgun measures roughly 65 feet from turret rear to barrel muzzle, with the barrel itself about 33 feet long, and 12-20 feet in diameter. Such a wide barrel provides room for the parallel magnetic rails that propel metal projectiles to speeds of over Mach 7. AndrewTear
SHARE

This fan made CGI of the Type 055A destroyer shows it with a railgun in place of the 130mm cannon found on the Type 055 (though the Type 055A may use a stealthier railgun turret).

Pictures surfacing online appear to show a new weapon developed in China. The nation may have just installed a full-scale railgun on a warship, something even the United States Navy has yet to do.

This BAE graphic illustrates the basic principles behind railgun technology, as well as its advantages: high launch speed and range, affordability, and high firing volume). Chinese railguns on the Type 055A destroyer would likely have similar characteristics.

Railguns use electromagnetic energy, rather than gunpowder, to sling a projectile. The concept has been incredibly appealing to militaries, as the weapon offers the speed and efficiency of a cannon, but with the range of a missile. 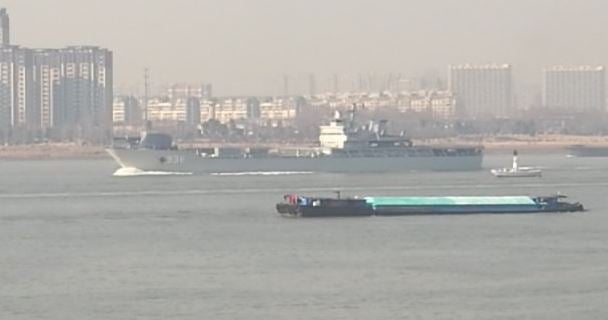 Type 072III landing ship tank (LST) Haiyang Shan, #936, would be the world’s first railgun-armed warship. Its small size and lack of combat features means that it will likely be used to test and validate the technologies of the railgun.

The entire railgun measures roughly 65 feet from turret rear to barrel muzzle, with the barrel itself about 33 feet long, and 12-20 feet in diameter. Such a wide barrel provides room for the parallel magnetic rails that propel metal projectiles to speeds of over Mach 7.

The turret spotted indicates the presence of a railgun. It’s large, for one, with a barrel that measures 26-33 feet in length and 12 to 20 inches in diameter. That’s 2-3 times the cannon caliber of conventional tube artillery barrels, which generally have a diameter-to-caliber ratio of 1.25:1. Alternatively, a 350-400mm naval mortar could explain the the barrel diameter and length, but such a large mortar would be hilariously unnecessary.

Due to weight issues, there is virtually no reason for a conventional cannon to have this kind of diameter-to-caliber ratio, and so the barrel’s size likely accommodates magnetic rails to propel shells to hypersonic speeds. The shipping containers are another indicator; it’s likely they contain some sort of power equipment, like generators or capacitors.

Its barrel length makes the Chinese railgun similar in size to the BAE 32 megajoule railgun built for U.S. Navy testing. The BAE system is designed to fire 22-pound projectiles at Mach 7 speeds to more than 100 miles. 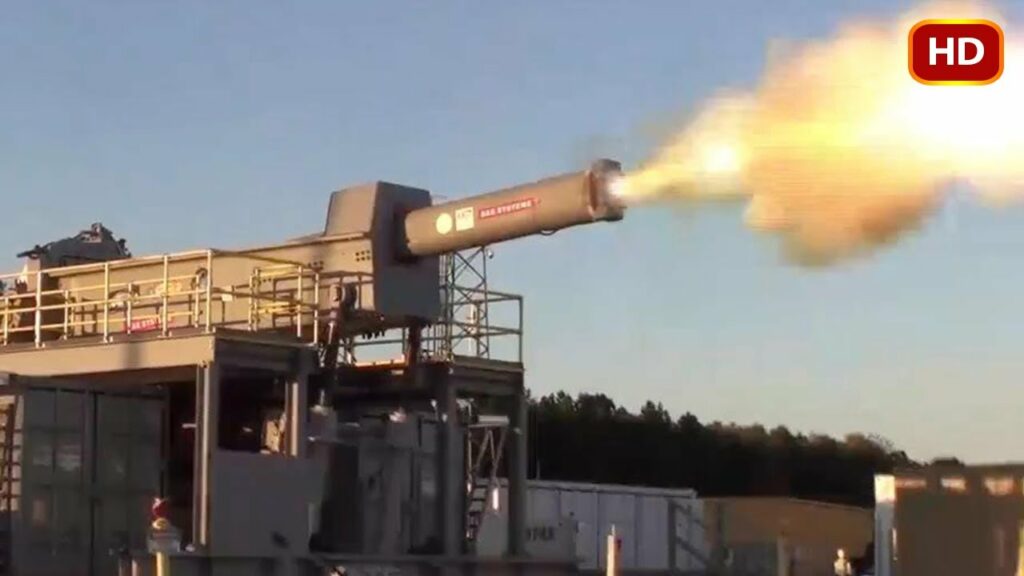 Despite previous efforts to install this multi-megawatt railgun on the USNS Trenton, shifting budget priorities in late 2017 may mean that this railgun may never be carried on a USN warship.

The United States had earlier planned to install a railgun prototype on the USNS Trenton fast transport in 2016, but this was postponed for budgetary reasons. In fact, current railgun research funding has been reported as in trouble, as the Pentagon focuses first on equipping conventional naval guns with the railgun’s low-drag, high-speed ammunition. 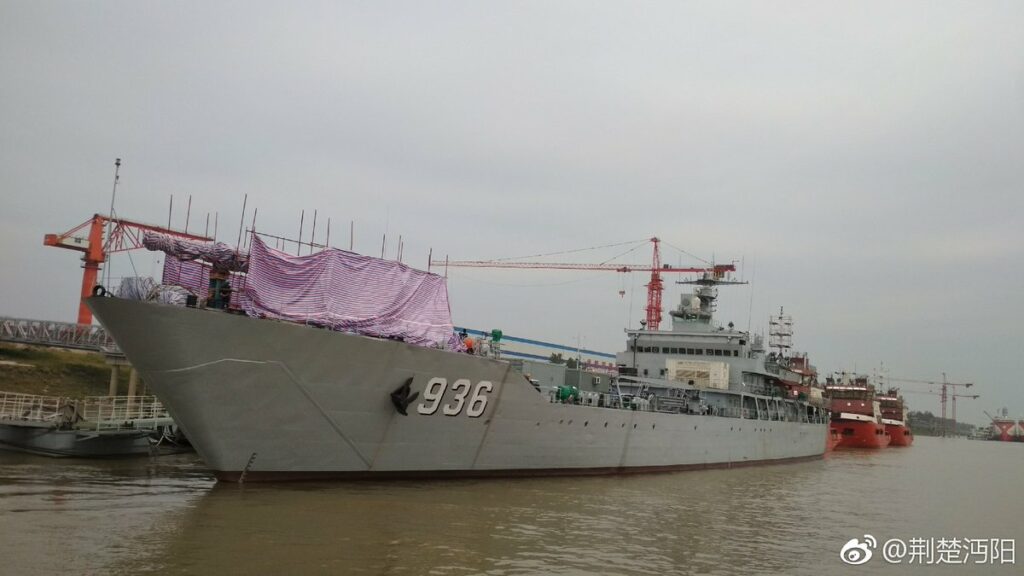 A Work in Progress

This photo—recently released though taken in fall 2017 but just released—shows the #936 during modifications. The supposed railgun turret is under tarps.

And keep in mind: just because the railgun is there doesn’t mean the railgun actually works. Engineers for this test, as with all other railgun work, will have to overcome formidable challenges in material durability, power storage, and projectile guidance. If successful, however, it would offer China a game-changing capability. A working railgun would likely be installed on future versions of the Type 055 destroyer, which makes sense considering the vessel has been reported to have IEPS, which would meet the electrical demands of railguns and other direct-energy weapons like lasers.

In terms of benefits, the railguns’ hypersonic (Mach 5+), long-range projectiles would be perfect for cheaply and quickly knocking out high-threat air targets like ballistic missiles, aircraft, and even future hypersonic vehicles. The long range would also come in handy for missions like anti-ship warfare, supplementing shorter-ranged antiship ballistic and cruise missiles. Finally, such long-ranged artillery would be a significant addition to long-range bombardment of ground targets.