As the WISE Infrared Survey Warms Up to a New Role, We Look At Its Successes

After almost a year of successfully surveying the entire sky one-and-a-half times over, NASA’s Wide-Field Infrared Survey Explorer has run... 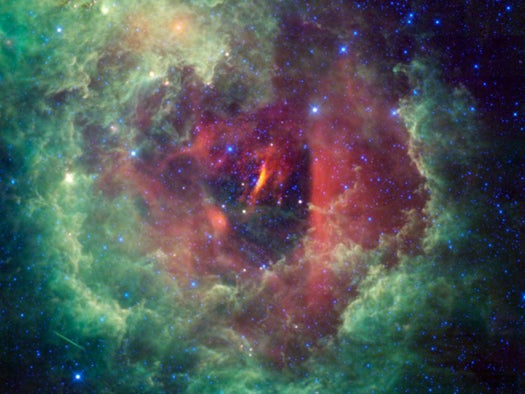 Constellation Monoceros, aka the Unicorn, is a huge star-forming cloud of dust and gas some 4,500 to 5,000 light-years away. It's also, in a word, stunning. NASA/JPL-Caltech/UCLA
SHARE

After almost a year of successfully surveying the entire sky one-and-a-half times over, NASA’s Wide-Field Infrared Survey Explorer has run out of coolant – quite expectedly – and reached the end of its primary mission. Since its launch last December, the mission snapped more than 1.8 million images in four different infrared wavelengths, providing astronomers with enough data to keep them busy combing through it for decades. That is to say, WISE has had a very productive year.

How productive? WISE cataloged objects ranging from asteroids and comets within our solar system to nebulae throughout the Milky Way and faraway galaxies in other parts of the universe. So far, WISE has discovered 19 comets, more than 33,500 asteroids (120 of which are near-Earth objects) and collected images of luminous galaxies and brown dwarf stars in astonishing scientific detail.

And just because WISE is warming up doesn’t mean the discoveries will end. WISE’s two longest-wavelength detectors are indeed done for, but the two shorter-wavelength instruments will continue to function even as the satellite heats up to a not-so-balmy minus 334 degrees. The new mission, dubbed NEOWISE (for Near Earth Object + WISE) Post-Cryogenic Mission, will pick up the second full survey of the sky where WISE left off, continuing to observe the closest brown dwarfs as well as closer asteroids and comets. The new mission will last another one to four months, meaning our gallery of WISE’s greatest hits could still be a work in progress.

This mosaic of WISE images portrays the sweeping beauty of the Seagull Nebula, a stellar cloud about 3,800 light years away that is one of the Milky Way’s many star birthing regions. 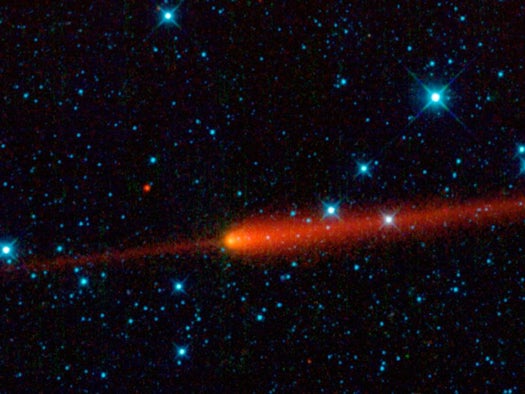 WISE didn’t just capture faraway nebulae, but also smaller objects closer to home. It captured this image of Comet 65/P Gunn as it was whipping its away around the solar system some 243 million miles from Earth at a speed of about 4,800 miles per hour. 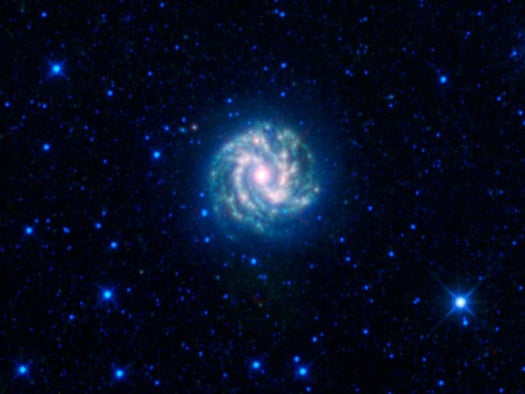 Located 15 million light-years away in the constellation Hydra, the Southern Pinwheel is so named because it shows up in the southern sky. Though a bit fuzzier than some of WISE’s other work, it’s remarkable in the way it shows the structure of the galaxy’s spiral arm. The Southern Pinwheel is about half as big as the Milky Way. 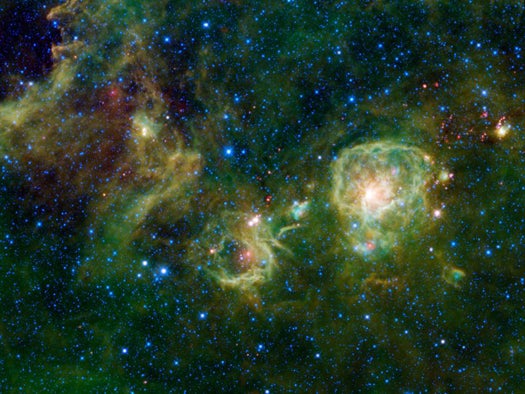 Peering into the Darkness

WISE’s four infrared instruments could see where other telescopes can’t, like into this dark, obscured region of the constellation Vela, a region covered in dense clouds of dust and gas impenetrable in the visible spectrum. In this image, blue and cyan represent light at shorter wavelengths that is dominated by star light. Greens and reds show larger wavelength light emanating from gas and dust.

Constellation Monoceros, aka the Unicorn, is a huge star-forming cloud of dust and gas some 4,500 to 5,000 light-years away. It’s also, in a word, stunning. 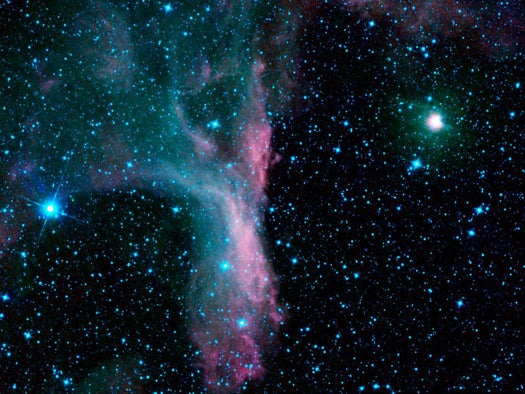 Located right in the claw of the constellation Scorpius, nebula DG 129 looks pretty unremarkable in the visible spectrum. But at infrared wavelengths bright light from nearby stars lights gas and dust up with beautiful purples, greens, and blues. 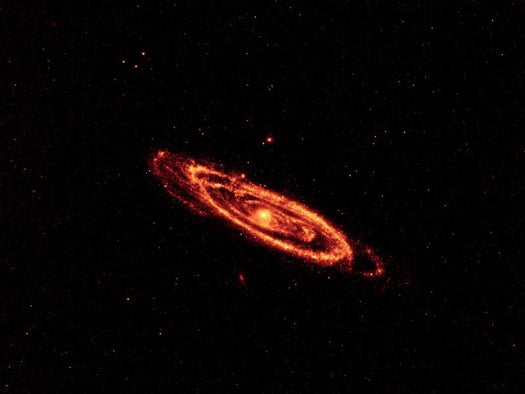 Newborn stars in the nearby Andromeda galaxy heat up the dust in its spiral arms, allowing WISE to snap this gem of intergalactic imagery.
infrared
nasa
Space
Technology
wide-field infrared survey explorer