As sequencing becomes more affordable, the way forward for diagnosis is not DNA snippets, but full genome workups 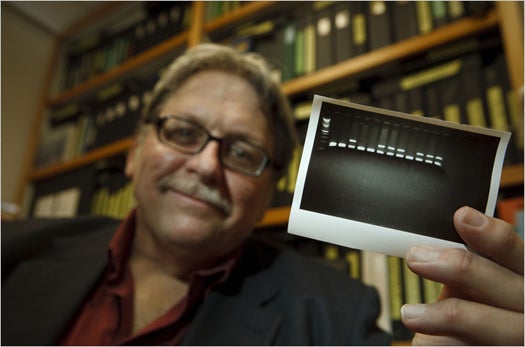 Despite coming from a range of different backgrounds, everyone whose genome has been fully sequenced has had one thing in common: they were all healthy. But now, two teams have decoded the first genomes of people who carry genetic diseases, with one group also performing the first-ever full sequencing of an entire nuclear family. By decoding the entire genome, rather than just snippets linked to a particular disease, the two research groups were able to identify the genetic roots of particular disorders more precisely than ever before, paving the way for a radical improvement in the usefulness of genetic diagnosis.

Working independently, the different research teams, one based out of the Baylor College of Medicine in Houston, Texas, and the other working from both the University of Washington and the University of Utah both came to the same conclusions. First, they realized that genetic diseases did not result from the single mutation of common genes, thus requiring scientists to sequence the entire genome to find the cause of a pathology. Second, they realized that finding a disease would be much easier if the mutations were compared against close relatives, as opposed to the “common genome” developed from the small number of previous full genome donors.

The Utah/Washington team’s results also highlighted the need for more comprehensive sequencing in genetic disease identification. By performing the first-ever full sequence of an entire family, the researchers discovered that the rate of mutation varies widely by family. Most of those mutations are benign, but would appear as diseases if compared against the stock genome currently used for testing. Only by comparing full parental genomes against full offspring genomes within the same family were the researchers able to separate benign, random, mutations from the genes for Miller’s syndrome and Primary Ciliary Dyskinesia carried by both children.

So far, genetic medicine has largely failed to live up to its promise. These two studies may help explain why. By switching from analyzing snippets of DNA, doctors can get a better sense of how genetics affect disease, and thus how to treat them.

However, while these studies do point to a way forward, the expense of the procedures will prevent the immediate implementation of full genome genetic medicine. At the Baylor College of Medicine lab, it cost $50,000 to sequence an entire genome. For genetic medicine to enact the recommendation suggested by the results of these two studies, that price needs to come down. Luckily, considering that decoding an entire genome cost $500 million ten years ago, the price seems to be dropping fast.