It used to be that suspended animation was only for people heading to Planet LV-426, and former Red Sox players.... 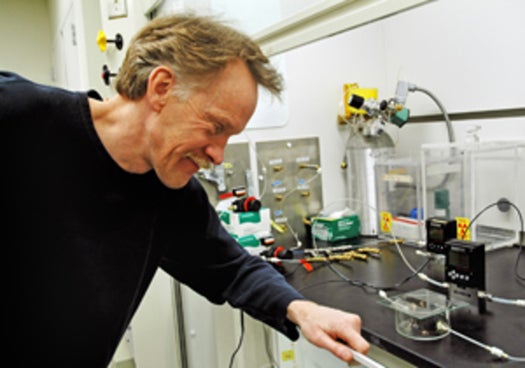 It used to be that suspended animation was only for people heading to Planet LV-426, and former Red Sox players. But Mark Roth, a researcher at Fred Hutchinson Cancer Research Center in Seattle, Washington, thinks that short-term suspended animation can be used to help stabilize trauma patients on their way to the hospital. In his new TED talk, Roth explains how his technique differs from the cliche of freezing people until science finds a cure for their disease, and how it might drastically increase survival rates both on the battlefield and at home.

Roth’s technique replaces inhaled oxygen with hydrogen sulfide. Normally toxic, hydrogen sulfide has the curious ability to alter the mammalian metabolism when applied in a cold environment. Using this technique, Roth has already managed to place lab animals into suspended animation, and safely bring them back. When in a suspended state, the body can better cope with the deadly oxygen deprivation that results from shock, massive blood loss, and heart attacks.

But don’t take my word for it. Check out this TED video where Roth explains for himself how he came to this insight, the biology and history behind his technique, and the promise it holds for emergency medicine.