The male birth control pill has lingered for years tantalizingly just out of reach, in the realm where rumor meets... 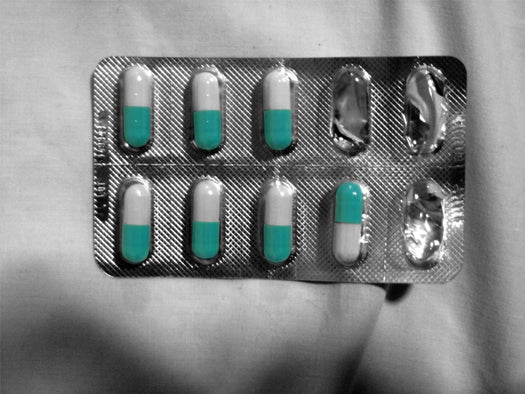 The male birth control pill has lingered for years tantalizingly just out of reach, in the realm where rumor meets science. Recently developed hormonal and mechanical contraceptives never found an audience, serving only to highlight the absence of a male pill. Now, an examination of how smoking pot lowers fertility may make the male pill more than a persistent rumor.

Writing in last week’s issue of the journal Cell, University of California, San Francisco, researcher Yuriy Kirichok revealed a new link between bong hits, a protein called Hv1, and the ability of sperm to swim. Hv1 activates in alkaline environments, like the vagina. Kirichok’s study showed that endocannabinoid anandamide, a chemical found in the kind bud, raises the testes’ pH. In that raised-pH environment, sperm start swimming too early, and get too tired to reach the egg once they actually exit the body.

A pill that contains anandamide, or in some other fashion alters the pH in testicles, could make anyone’s sperm as lazy and apathetic as the spliff-ripping burnouts gaining that sterility the hard way.

However, before every tosses out their condoms in favor of some chronic, it should be noted that an Hv1 pill can’t hit the market until some scientists explore some potential side effects. Specifically, Hv1 protein acts across the body in a range of different ways, not just in sperm. By changing the pH environment for Hv1 protein in general, bodily functions may alter in unforeseen ways. So while this is definitely a positive step towards creating the long-desired male birth control pill, it may not be available in stores until after Gilliam finally finishes his Don Quixote movie.