To Save Soldiers on The Battlefield, Darpa Invests in Suspended Animation

An active battlefield is a really inconvenient place to lose a lot of blood. But naturally that’s exactly where soldiers... 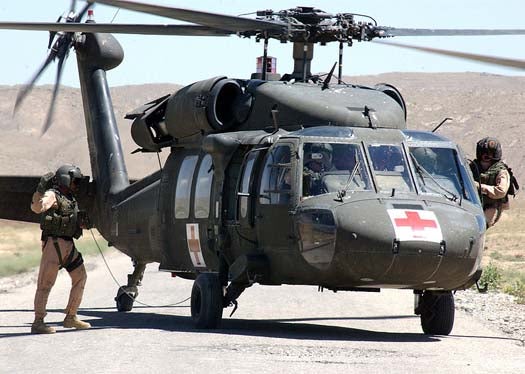 An active battlefield is a really inconvenient place to lose a lot of blood. But naturally that’s exactly where soldiers sustain the bulk of their life-threatening injuries, so Darpa is committing $9.9 million to finding drugs that can extend the “golden hour” — the one-hour window that medics generally have to bring a soldier back from severe blood loss — by as much as six hours.

As one might imagine, somewhere near half of soldiers killed in action die of severe blood loss after being wounded by gunshots or IEDs. When emergency trauma care is administered during that first “golden hour,” soldiers’ odds of survival are relatively good, but after the clock strikes 60 minutes their odds begin to drop quickly. That’s why a team of researchers at Texas A&M’s Institute for Preclinical Studies (TIPS) is looking for a way to send the human body into a state of suspended animation, essentially shutting down the heart and brain until proper care can be administered.

The research will build on several earlier efforts to produce a “suspended animation” cocktail. A Stanford project previously funded by Darpa sought to put the body into a state of squirrel-like hibernation using a pancreatic enzyme found in both species, while another effort used hydrogen sulfide to cease heart function in rats and worms, causing wounds to stop bleeding.

Rats, worms and squirrels are all good places to start, but Darpa wants results that more closely mimic human beings, so the A&M team is testing various methods of suspending animation on anesthetized pigs, keeping them on the brink of death but stable enough to later be brought back from the edge, hopefully no worse for wear.

The TIPS researchers anticipate a working treatment within 18 months. If successful, a suspended animation cocktail could save countless lives not only on the battlefield, but back here at home as well. EMTs armed with syringes of suspended animation juice could vastly alter survival rates at the scenes of car crashes, natural disasters and other emergencies, giving civilian medics their own weapon in the battle against time.