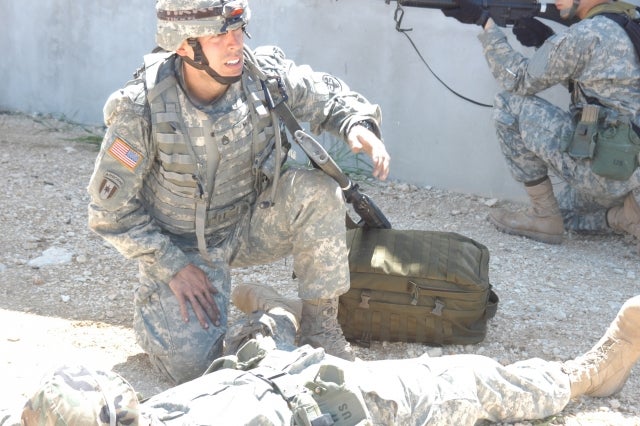 Medics still use morphine to relieve the pain of wounded soldiers on the modern battlefield, but have to watch out for morphine reducing breathing and blood pressure to dangerous levels. That may all change with a DARPA-backed combination drug that has successfully limited morphine delivery when it detects low blood oxygen levels.

The drug relies upon nanotech particles that carry both morphine and its antagonist, known as Naloxone. That creates a self-regulating feedback system where Naxolone only activates to suppress morphine when blood oxygen levels drop too low. The antagonist then goes inactive when oxygen blood levels return to normal, and allows more morphine to become available.

Such a drug could prove a boon for medics and individual soldiers to self-administer morphine using an auto-injector. It would provide for safer pain relief anywhere on the battlefield, even without the usual monitoring equipment available in hospitals. Medics currently must administer a short-acting drug to improve respiration and heart beat, but in small enough doses to allow morphine to continue its work.

Researchers at the University of Michigan in Ann Arbor had to screen several compounds to find a compound that would activate or inactivate Naloxone as needed. They finally came across one such drug which successfully passed laboratory tests that used human plasma.

Other nanotech has proven promising when it comes to highly controlled and specific drug delivery. But the future debut of this application could prove a particularly sweet day for science, not to mention those far out dreamers at the Pentagon’s mad science lab.