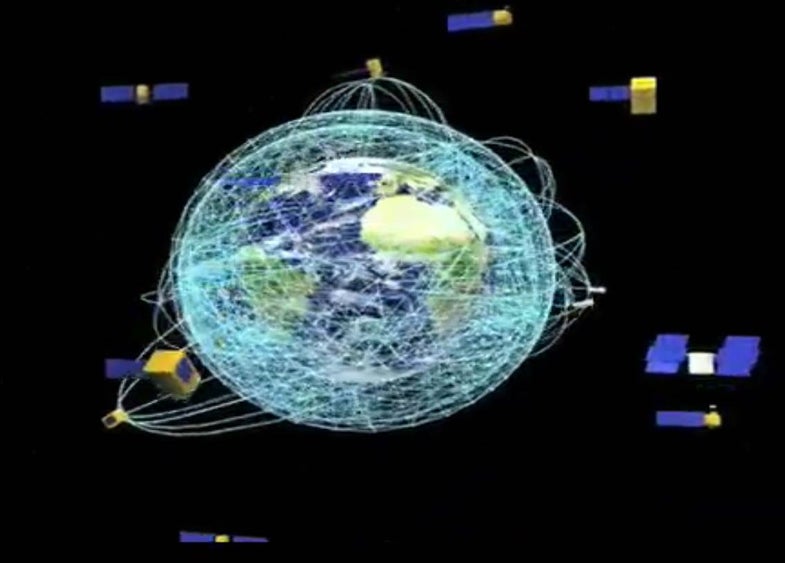 Every day, farmers and legislators make billions of small- and large-scale decisions that affect the Earth’s resources, and typically rely on thousands of fragmented sources of data. Now NASA has joined tech firm Cisco in creating a $100 million “Planetary Skin” that would integrate all the Earth data from satellites, aerial drones and ground sensors, and put it in the hands of any decisionmakers who need it.

Such a data monitoring network could also help track national promises — including whatever comes out of the Copenhagen climate summit — to cut carbon emissions and preserve forests. NASA and Cisco already have pledged funding for more than half of the $100 million needed over the next three years, Reuters reports.

Deploy the drone! Do it now!

The plan calls for seven network hubs located in Brazil, India, China, Africa, Japan, the European Union and the United States. The final network could enable a farmer to call up the view from a passing drone and assess possible damage from a forest fire. Or policymakers could model the impact of a possible decision on an area, based on its economic and environmental value.

Planetary Skin might similarly help monitor water resources around the world, and it probably would not stop there. Either way, we’re looking forward to getting the SimCity view of Earth. It’s just too bad that there’s no magic insta-build option at our fingertips.