Some take religious journeys to sacred places, others gather at the home fields of beloved sports teams. But my pilgrimage?... 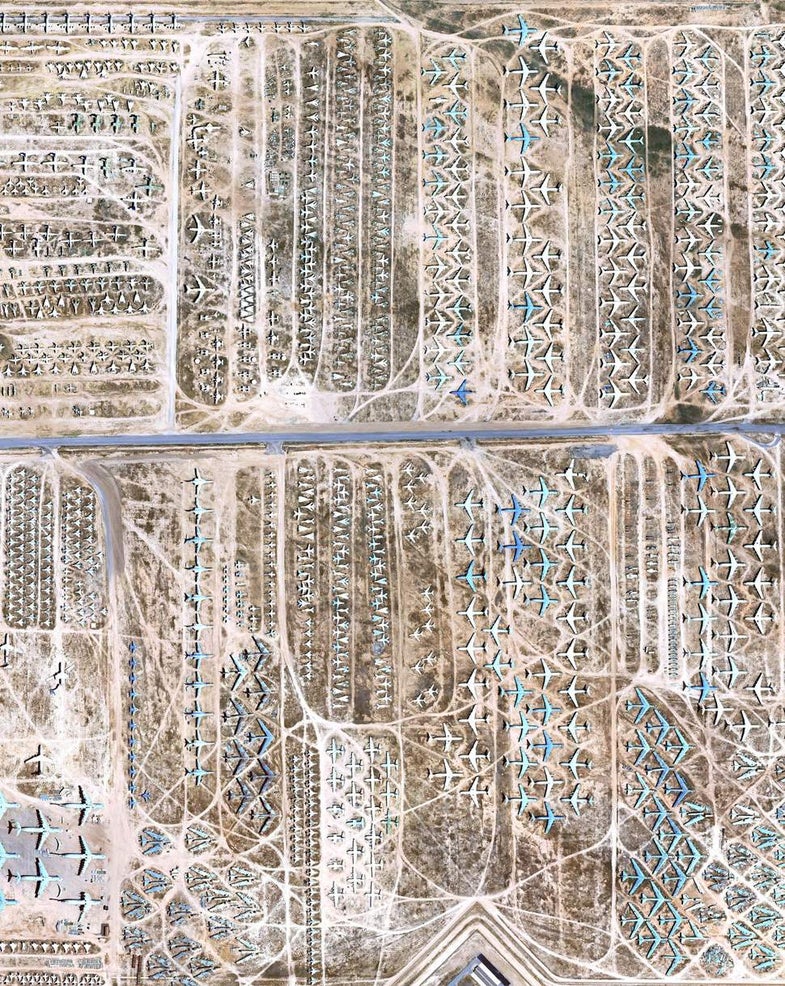 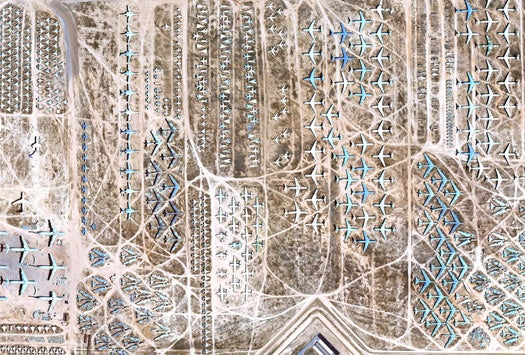 Some take religious journeys to sacred places, others gather at the home fields of beloved sports teams. But my pilgrimage? One day it will be here, to the 309th Aerospace Maintenance and Regeneration Group outside of Tucson. Better known as the “Boneyard,” it’s the place where nearly 5,000 aerospace vehicles have gone to die. I’m going to spend the rest of the work day scoping out the new high-res Google map.

Chosen for its arid climate that slows degradation of the planes, the base is home to a huge variety of retired birds. Many are nuclear-capable, retired as a result of arms reduction treaties throughout the years. Lots of B-52s, B-1s and F-111s that once carried nuclear arms.

And what have we here? F-4 Phantoms from Vietnam? Maybe even some Century Series jets from the ’50s and ’60s, if my childhood memorization of aircraft silhouettes hasn’t yet failed me? I could play this game all day.

And while I don’t think artists are allowed to decorate the grounded jets with psychedelic paint jobs like in DeLillo’s Underworld, the Boneyard is in fact open to the public. The nearby Pima Air and Space Museum runs daily tours. Where, if you’re lucky, you can see this:

Amazingly, even the full-resolution pic from the BBC tells only a bit of the story. Zoom out in the Google Map below and prepare to pick your jaw off of the floor; those aren’t houses to the northwest, they’re MORE PLANES. And let us know if you spot anything interesting in the comments.