Video: Airborne Laser Tracks and Engages A Missile in Flight

Remember the Airborne Laser (ABL), the jumbo-jet-mounted chemical laser weapon designed to knock hostile missiles out of the air in... 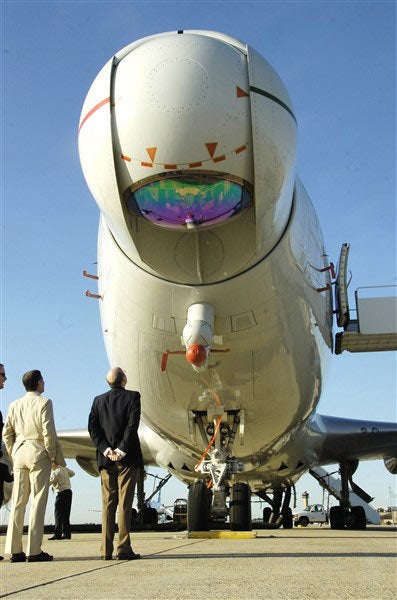 Remember the Airborne Laser (ABL), the jumbo-jet-mounted chemical laser weapon designed to knock hostile missiles out of the air in mid-flight? The U.S. Missile Defense Agency has released a video of this futuristic system in action, tracking and engaging a test missile fired from San Nicolas Island off the California coast. While the video might come off just a bit anti-climactic, with no dramatic explosion to cap off the laser blast, it does prove one key thing: the system, at least if the video is to be believed, actually works.

Missile destruction, it turns out, was not the point of this demonstration. Rather, the test rocket was a sensor-laden device known as a Missile Alternative Range Target Instrument (MARTI). While the ABL was busy acquiring its target and firing its onboard High Energy Laser (HEL), MARTI was collecting data on the test fire, data that supposedly will help the ABL complete a lethal interception sometime later this year.

Of course, those who have been following the ABL from its ambitious beginnings know that the weapon system is under-funded, behind schedule and not exactly a high priority in Obama and Bob Gates’ 21st-century military. The chemical laser is expensive, cumbersome and cost-intensive to recharge. Better electrically powered lasers or naval-launched interceptor missiles very likely will supercede the ABL, which so far only exists as a single prototype plane.

Still: lasers blasting missiles out of the sky. What’s not to like?