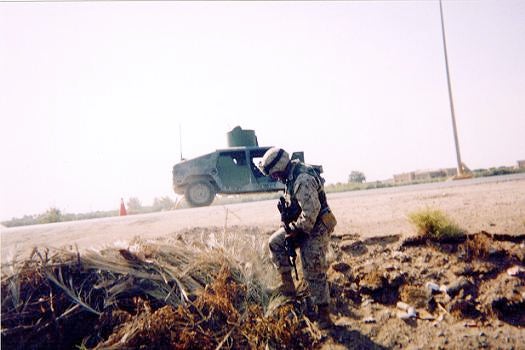 No enemy weapon has confounded U.S. military planners over the last decade like Improvised Explosive Devices. IEDS have been around in some form since the invention of explosives, and were deployed in World War II, Vietnam, and the Soviet invasion of Afghanistan. Only in the past 11 years, though, with the U.S. invasions of Iraq and Afghanistan, have IEDS gone from just one of many concerns in hostile territory to a central threat; at one point IEDS caused the majority of military fatalities in both Iraq and Aghanistan.

The U.S. pulled out of Iraq in 2011 and plans to leave Afghanistan by 2014. Nevertheless, the Obama administration remains concerned about IEDS. Groups like al Qaeda in Iraq learned how to make better IEDs in Iraq, and that skill is now in the hands of al Qaeda affliates like the al Nusrah Front in Syria. What’s to say that IEDs won’t make their way onto U.S. soil?

Last week the Obama administration released a new, comprehensive strategy for countering IEDs. This is just the latest in a long series of strategic adaptations to IED use, but it is notable because it’s both broader and less militarily-focused than previous initiatives.

The new strategy cites the underwear bomber and the foiled shipping crate plot as ways that IED attacks could come home. To counter such a threat–posed by rogue individuals or small groups, not nations–the new strategy take a broad approach. A key component is information-sharing between intelligence agencies, government organizations, and vulnerable parts of the private sector. Combine that with new technological fixes–better IED screening and detection technologies, for instance–and you have something that resembles nothing so much as the Obama administration’s new cyber-security strategy. Which makes sense–both deal with attacks that are at least as likely to target businesses as the military, and neither challenge can be solved by technology alone.

Not that the U.S. didn’t try. IEDs weren’t around in the initial stages of war in both Afghanistan and Iraq. But after the fall of the Taliban and Saddam Hussein, insurgents started deploying IEDs along roads, hoping to cripple U.S. military vehicles and kill patrolling troops. The Pentagon immediately proposed technological solutions, and a variety of contracts were awarded for devices that could jam the radio signals used to trigger detonation in IEDs; for facilities to test and develop counter-IED strategies; and for special IED-detecting sensors to mount on drones. Perhaps the best-known technological solution was the MRAP, or Mine Resistant Ambush Protected program, which developed and deployed expensive, heavy vehicles with specially shaped hulls and interiors that could survive bomb blasts.

The problem with trying to defeat IEDs using only tech is that the enemies improve their designs, too, and it’s much cheaper to make a deadlier bomb than it is to make a safer vehicle. As the military started using jammers, roadside bombers started creating devices that could be set off by engine heat. When vehicles got heavier, bombers began using larger explosives. New technology certainly reduced the risk IEDs posed to troops, but it wasn’t a silver bullet.

The Joint Improvised Explosive Device Defeat Organization JIEDDO was created on Valentine’s Day in 2006 and was tasked with finding a comprehensive strategy to combat IEDs. The organization–made up of assorted military officials–found an answer in an unusual place. General Meigs, in charge of JIEDDO, had studied World War II submarine warfare and found that it was remarkably similar to modern-day IED warfare: unseen assailants targeted subs traveling known routes. During World War II, the U.S. military trotted out numerous technological fixes, but none could solve the problem alone. The military finally defeated submarine attacks by coordinating naval and merchant vessels, using aircraft to attack submarines, and compiling tremendous data sets on submarine attacks, which scientists were able to analyze to better determine attack patterns and appropriate responses.

These lessons were applied directly to the counter-IED efforts in Iraq and Afghanistan. Rather than patrolling in the vehicles IEDs were designed to destroy, some army units started patrolling on foot. JIEDDO also issued new operating manuals, with advice on how to make patrol routes less predictable, and cautioned against carrying extra fuel (an explosive liability). In other words, there was no silver bullet. Instead officials looked to a range of solutions. That did not stop attacks entirely, but the deadliness of those attacks decreased.

The new Counter-IED strategy brings those lessons back to the United States, removing them from the narrow confines of an army at war and putting them to work in the broader context of domestic law enforcement and intelligence agencies working against terrorism. JIEDDO isn’t mentioned in the Obama administration’s documents–the counter-IED efforts will be coordinated by the Joint Program Office for Countering IEDs, a new interagency group administered by the Attorney General through the FBI. What we learned from fighting IEDs abroad was that we had to think beyond just one piece of tech or one kind of task to fight the problem. This new strategy takes that lesson one step further, putting counter-IED efforts under the Attorney General, and creating a broad, whole-of-government approach to defeating them at home.