A deadly bird from any angle 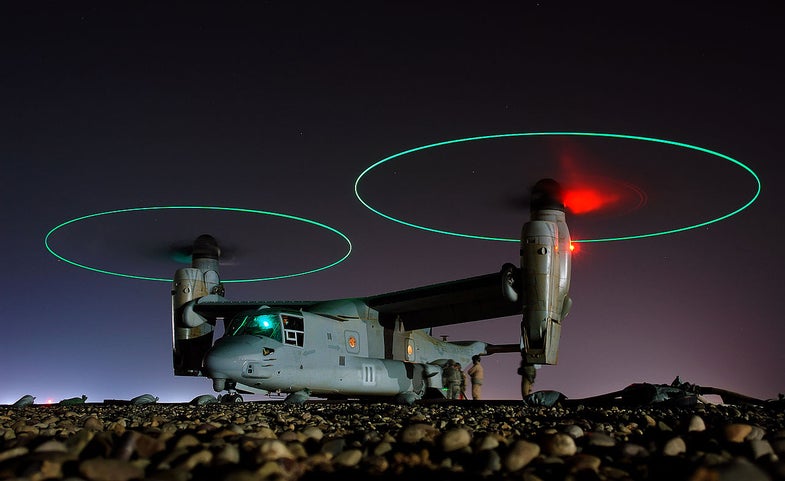 Whatever comes out the back-end of the V-22 Osprey is a guaranteed load of unpleasantness, whether it’s a troop of Marines or a Jeep-like Phantom Badger. As a tiltrotor, the V-22 can take-off and land vertically like a helicopter, then switch to flying fast like a plane in mid-air. That versatility makes the V-22 an excellent transport, but now the Marines want it to work as a gunship too–by firing weapons from its rear unloading ramp.

In December, the Marine Corps announced the successful test of forward-firing missiles and rockets mounted toward the front of the tilt-rotor transport. In late March, the Marines fired Switchblade kamikaze drones and Raytheon’s Griffin missile out of the aircraft’s backside. The tests were coordinated by DARPA, as part of their Persistent Close Air Support program, which aims to make it so more aerial vehicles can help out infantry with firepower when needed.

In a parallel development, for its next-generation helicopter, the U.S. Army is also looking at tiltrotor designs to serve as both transports and attack. If these aircraft can show up for battle not just with fresh Marines and soldiers for the fight but an ability to attack enemies on their own, it means specialized vehicles can focus on harder targets.