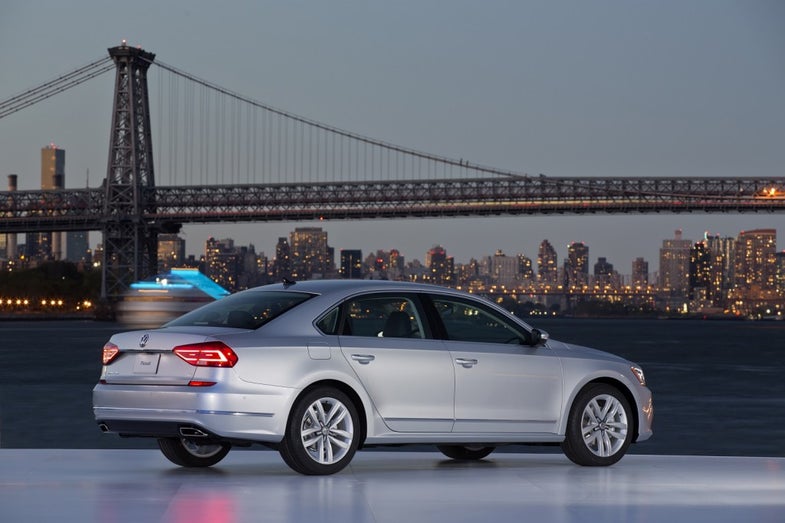 Volkswagen AG said today it would adjust its third-quarter earnings to set aside $7.3 billion (€6.5 billion) for costs related to its admission that it used software to cheat on U.S. emissions tests of its diesel engines.

That sum will “cover the necessary service measures and other efforts to win back the trust of our customers,” it said.

The software, VW said, has been installed in 11 million diesel vehicles sold globally.

The announcement came as the company learned that Germany’s EPA equivalent, the Federal Motor Transport Authority (Kraftfahrtbundesamt, or KBA), has started its own investigation into TDI emission levels.

In addition, the U.S. Justice Department has reportedly opened a criminal probe into the company’s admission that it cheated on EPA emission tests for seven years.

The VW Group statement today was issued in Germany by its communications department, and not attributed to any specific executive.

The company is “working at full speed to clarify irregularities” in “particular software used in diesel engines,” it said.

The very next sentence, the second in the release, stressed that the company’s new vehicles sold in the European Union with EU6 emissions controls “comply with legal requirements and environmental standards.”

To give “clarity” to buyers, owners, and dealers, it said, the software being investigated “does not affect handling, consumption or emissions” (presumably in those EU markets).

The statement also noted that the relevant software appeared in more VW diesel engines than the 2.0-liter turbodiesels being investigated in the U.S., but that “the software does not have any effect” in “the majority of” those additional engines.

The company is “working at full speed to clarify irregularities.”

The “discrepancies” being investigated are limited to Type EA189 engines, which have been fitted to 11 million vehicles globally.

In those cars, there is a “noticeable deviation between bench test results and actual road use” which VW is “working intensely to eliminate these deviations” via unspecified “technical measures.”

VW is in contact with both the KBA and “relevant authorities” over this work, it said. And it promised to keep the public informed on its progress, “constantly and transparently.”

“Volkswagen does not tolerate any kind of violation of laws whatsoever,” the statement concluded.

Meanwhile, Bloomberg reported late yesterday that the U.S. Justice Department has opened an investigation into VW’s admission that it cheated on the emissions tests.

That could add criminal proceedings to the challenges faced by Volkswagen from regulators, customers, and dealers.

Bloomberg notes that the Justice Department is under pressure to prove its “newly stated commitment to holding individuals to account for corporate wrongdoing.”

This is especially relevant following the recent settlement by General Motors over a defective ignition switch that killed more than 100 people.

No individuals were held criminally liable in that settlement.

In a triumph of unfortunate timing, VW’s U.S. arm last night launched the updated 2016 Volkswagen Passat mid-size sedan at a glitzy event on the Brooklyn waterfront.

Its U.S. CEO, Michael Horn, commented briefly on the diesel issue before the unveiling.

“Our company was dishonest, with EPA, the California Air Resources Board, and with [the public],” he said. “In my German words, we totally screwed up.”

“We must fix those cars [to] prevent this from ever happening again and make things right,” he continued, “with the government, the public, customers, employees, and our dealers.”

“This [dishonesty] is completely inconsistent with our core values, which include… responsibility,” he added. “It goes totally against what we believe is right.”

Horn did not take questions after the event.