It takes a state to arm an insurgency 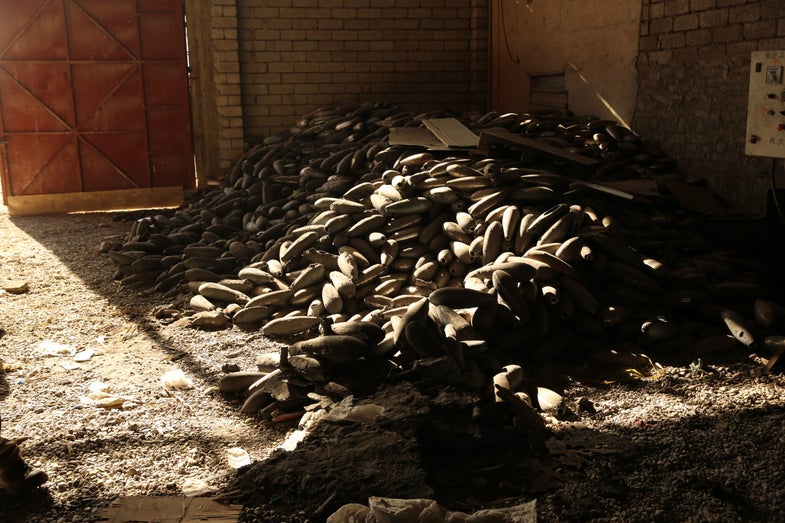 Gogjali is one of the neighborhoods in Mosul, Iraq. It was one of the first seized by Iraq's Security Forces during the attack that started in October. Conflict Armament Research
SHARE

If there is a weapon that’s defined the last decade of America’s wars, it is the “Improvised Explosive Device.” IEDs are cheap, could be built from easily found components, and are wickedly deadly to the unfortunate people unlucky enough to be nearby when they go off. IEDs are also, fundamentally, a weapon of insurgents: improvised by necessity, without access to more and better materials. An investigation by Conflict Armament Research (CAR) reveals that ISIS, the insurgent group which holds territory in both Iraq and Syria, had moved beyond simply improvising weapons. Instead, they found ISIS manufactured its weapons.

Published today, the report is saddled with a title as bland and technocratic as they come. “Standardisation And Quality Control In Islamic State’s Military Production” details discoveries made in Iraq, as field investigators with Conflict Armament Research accompanied Iraqi armed forces involved in the retaking of Mosul. The investigators found six weapons manufacturing sites, as well as munitions production facilities, and documented it extensively. It’s an insight into how ISIS arms its forces, only possible with capture of buildings on the ground.

Put together, the picture is of a coordinated state-like entity, one that may have a workshop where they do experiments with exploding drones, but whose greater resouces are bent towards mass production and standardization of weapons and ammunition. At the workshops, investigators found evidence of a whole bureaucracy of war, orderly management issuing directives and specifications so that mortars and mortar rounds could be made with mere slivers of an inch different from piece to piece.

Weapons made by ISIS include rockets, frames to hold the rockets as they’re launched, mortar mortar tubes and mortar rounds. And not just a few: in the workshops the investigators explored in November, there were over 5,000 mortar rounds, rockets, and explosives under construction, and others found as discarded parts on the battlefield.

The volume of discovered weapons, complete with labels dating mortar rounds to October, suggest that ISIS was building weapons in these workshops as Iraq’s security forces began their assault to retake the city.

“These findings indicate very rapid supply to [Islamic State] forces,” the report reads, “and reinforce CAR’s assertions that the total number of rockets and mortars produced must run into the tens of thousands.”

One striking feature of the report was not just the scale of ISIS weapon production, but the quality of components built around it, from printed and labeled plastic bags itemizing weapon components to finished wooden pallets for safe transport.

Some materials, the mortar shell casings, came from melted scrap metal in backyard foundries. Others were improvised, like fuses from 12-gauge shotgun shells. Yet much of the work suggests a great supply network, with bulk purchases of chemical precursors reliably and regularly supplying factories with what they needed to make the weapons. The report identifies such components, like aluminum, grease, and potassium nitrate, with packaging from their distributors, though as CAR continues to investigate how those components ended up in ISIS weapons, it is careful to note that “CAR does not in any respect imply direct transfer of goods to IS forces by the companies mentioned in this report.”

War is as much about the fighting as it is about making sure the people doing the fighting have the tools they need to fight. A group that can provide that organization for itself is less dependent on foreign sponsors. Highly organized groups, concludes the report, “when presented with opportunities to exploit commercial markets to the fullest, can operate largely independently to produce a range of militarily effective weapons to great effect.”