Microsoft Wants You To Believe In Holograms

And by "holograms," they mean "augmented reality" 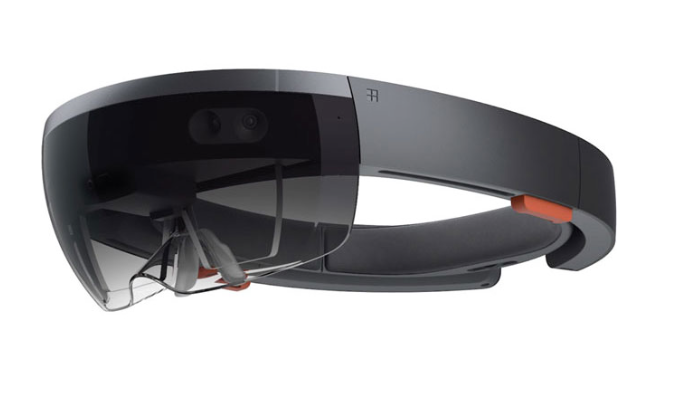 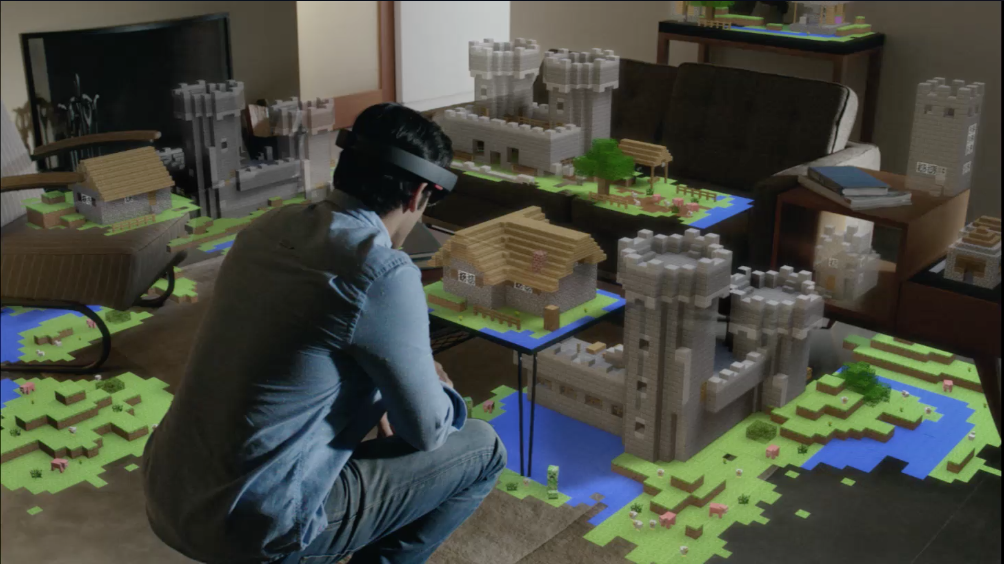 Holograms have captivated our imaginations for a long time—for me, they go back as far as R2-D2 projecting an image of Princess Leia pleading for help. More recently, we’ve had rap concerts, election coverage, and even sitcoms try to capitalize on the cachet of holograms. Now, Microsoft wants to usher in the age of holographic computing, with its new head-mounted HoloLens computing device.

Demoed on stage at the company’s Windows press event this week, the HoloLens looks a lot like the offspring of a Google Glass and an Oculus Rift. Like the Oculus, it takes up your entire field of vision, but like Glass, it provides only an overlay to the world around you, not an immersive world of its own. You can interact with items in the “holographic world” by gesture commands—reaching out with a hand and “tapping” something—or by voice commands.

While specific details about the HoloLens are still sparse—more will be unveiled at Microsoft’s Build developer conference this April—the technology built into the HoloLens seems impressive at first glance. The device is actually a self-sufficient, wireless computer: unlike Glass and the Oculus, it doesn’t need to be paired or connected to any other hardware. There is no way, other than the gesture and voice commands, to control it—you can’t fall back to a keyboard, for example. For this device, Microsoft’s going all-in on this new paradigm.

So, what can you do with this supposedly revolutionary device? Microsoft showed off a number of tasks, from the mundane—having a plumber walk you through fixing your sink—to the scientific—using it to view and control what the Mars rover sees. And, of course, games are a big part of the push as well: a version of Minecraft intersperses the block-filled virtual world with the real one, in what is sure to have kids salivating.

As good as “holographic computing” sounds, Microsoft’s approach doesn’t really involve holograms—that’s more of a marketing buzzword. What it’s really providing is augmented reality, additional computer-generated information overlaid on our existing world. The constructions and graphics you see through the HoloLens have the appearance of three dimensions, sure; you can even walk around an image to see its back. But 3D graphics are nothing new—look at any video game on the market—Microsoft’s essentially just moved the camera and melded what you see with what the computer is projecting. Take the HoloLens off, and those images are gone.

(To be fair, none of the above mentioned examples were true holograms either—most of them rely on an optical illusion called Pepper’s Ghost, the same trick behind much of Disneyland’s Haunted Mansion.)

Microsoft claims that the so-called holograms are the next age of computing, but there are a lot of steps before that happens. Even the live stage demo was in stark disparity with what Microsoft’s promotional videos promise, in the same way that the animation showed off for video games is often rarely reminiscent of what you get during actual gameplay. And most importantly, the future of holographic computing requires developers to write software that works with the HoloLens—which means they need to come up with scenarios where using it is more useful and more compelling than traditional computing platforms. That’s the far harder task.