Catch up on the week’s biggest tech stories. 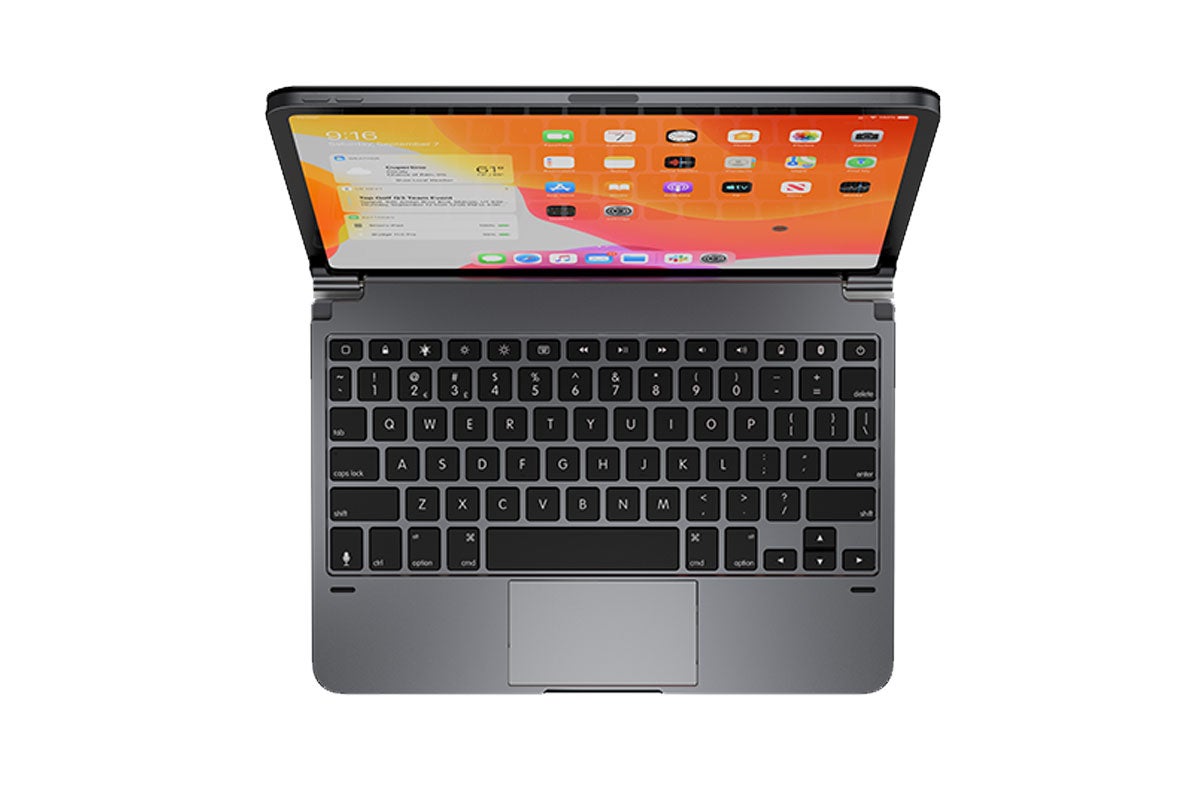 Byrd has this smart keyboard with a trackpad up for pre-order now, but an official Apple model may be coming down the road. Byrd
SHARE

The iPad has come a long way since its initial launch roughly a decade ago. It quickly outgrew early comparisons to being just “a big iPhone” and since then has been gaining popularity as a full-blown laptop replacement. Despite its popularity, it’s still oddly lacking in a few key spots. For instance, it just got mouse compatibility last year, and even then, that’s only as part of an accessibility mode and not a primary input method for everyday use.

This week, however, rumors popped up about a future keyboard accessory that would bring a laptop-like trackback to the updated iPad Pro when it debuts later this year. That would be a huge step for Apple that could change the way people interact with the device on the whole. Accessory-maker Byrd is already working on a keyboard with a trackpad, but first-party support would likely come with important software updates to make the whole thing work nicely together.

We won’t know for sure if it’s real until later this year, but the reaction to the rumor suggests there’s a lot of demand out there for this kind of accessory. Using my iPad with Apple’s Smart Keyboard, I often find myself reaching for a touchpad that isn’t there purely out of habit, so I’d be very interested on a personal level.

While all that is still (possibly) off into the future, there was plenty going on in the tech world this week. Here’s a quick look back at the biggest technology stories you may have missed while you were memorizing important coronavirus information and building up your totally reasonable supply kit just in case.

The Galaxy S20 Ultra camera got beat up in reviews

Samsung went all out on the cameras for its new flagship phone, but the reviews have not been kind. Most users complained about buggy autofocus that hunts for its subjects in a frustrating way, but others claim the image processing is too heavy-handed. It looks like Samsung is already working on some software updates to try and address the complaints.

The creator of the Konami Code died

Kazuhisa Hashimoto created one of the most iconic video games of all time. It unlocked great power in old school video games and holds an iconic place in the heart of gamers past a certain age. I personally know at least three people with it tattooed on their bodies and I never beat Contra without it.

While there was a lot of depressing news out in the world, we got to check out some of the coolest new toys coming out this year. We saw robots, board games, and of course, Baby Yoda.

Tail rotors are essential to keep a helicopter flying correctly, but Bell’s latest bird replaces the typical rotor with a series of electric fans. Because they’re contained within the structure of the tail, they’re quieter and a lot less likely to cause a gruesome injury to someone who gets too close.

More than 2.8 million high-res 2D and 3D images just made their way into the Smithsonian’s Open Access Online Platform. It includes a wide swath of scientific topics and they’re all covered by the Creative Commons license, so you can view and use them in a variety of ways. Picking through them is a great way to kill some time.

The X-T4 comes as the follow-up to the wildly popular X-T3 and it adds in-body images stabilization and longer battery life. Our sister publication, PopPhoto.com got an early chance to shoot with a pre-production model.