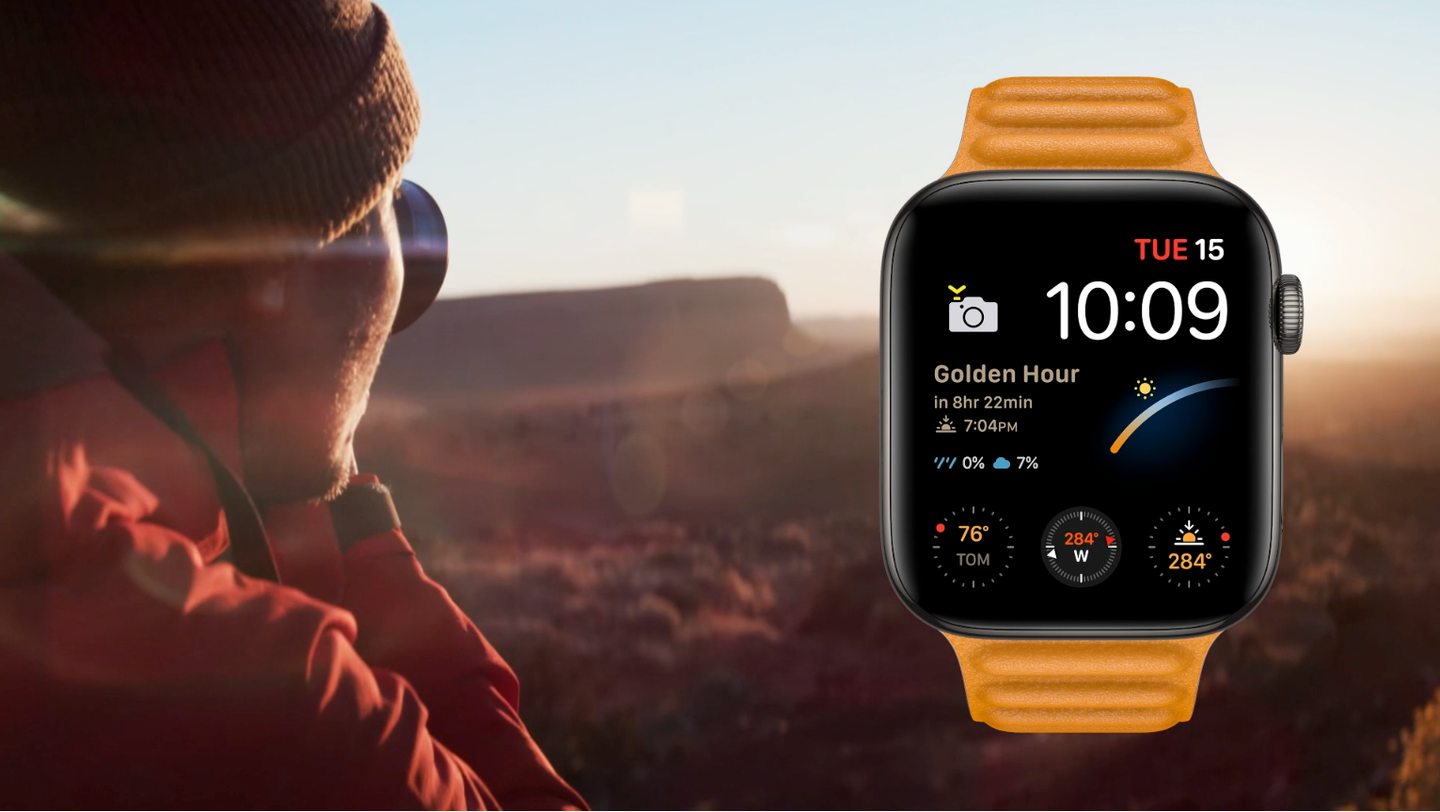 This is the dedicated photography face for the Apple Watch. Apple
SHARE

We’ll have to wait a little longer than usual for the new iPhone this year, but Apple is still throwing a Fall event to show off some new products in the iPad and Watch families. You can watch yourself here and keep reading as we pull out the highlights from the new announcements.

Tim Cook kicked things off talking about situations in which Watch has saved people’s lives by alerting them of heart abnormalities. Health is clearly a focus—the presentation begins by namechecking the new sleep and handwashing features that arrived in the latest OS update.

We’re getting a fully new Apple Watch version, which comes in a variety of new colors including a blue metal case and a Project (RED) version. There’s also a new style of black.

Series 6 now comes with a blood oxygen meter, which depends on the infrared sensor in the health sensor. It takes 15 seconds to get an oxygen reading and will take some measurements in the background during the day.

The company is launching three new studies to go along with the new sensor, including an asthma study, another related to heart failure, and another with the Seattle Flu study to explore how blood oxygen levels can be early indicators of COVID-19 and other ailments.

The sensor inside is based on the A13 Bionic and promises a 25 percent increase in performance. The new display is now 2.5-times brighter when at rest, and there’s an always-on altimeter.

Apple is introducing several new Watch faces, some of which are designed for specific purposes. This one, for instance, is aimed at photographers.

In addition to the faces, Apple has a heap of new bands. The most interesting new strap is called the Solo Loop and it doesn’t have a clasp at all. It comes in a variety of sizes and stretches over your hand. It’s reminiscent of the silicon wedding rings popular with Crossfitters. There’s a braided version as well.

The new Watch Family Setup mode allows kids to get some of the features of a smartphone with just a watch. It can track their location and let parents keep an eye on where they go. It requires a cellular connection and doesn’t appear as though it will be available in the U.S. for a while.

There’s now a cheaper version of the Watch for people who don’t need the most intense sensors. It uses Apple’s S5 chip to make it twice as fast as Series 3. The SE starts at $279, while the Series 6 starts at $399. The SE will have the same motion-sensing tech inside to make it similarly good for tracking workouts. You get fall detection on the SE as well.

Both Watches are up for order today and start shipping on Friday.

Apple built its own fitness service centered around Apple Watch. There are 10 types of workouts with trainers and songs from the Apple Music catalog. It’s called Fitness+. When you start the workout on your Watch, it automatically starts a workout video on your phone or TV screen. This is a clear shot at Peleton, iFit, and other home workout apps.

New workouts come out every week from a variety of instructors. There’s an “absolute beginner” program built-in, which might come in handy for those of us who have been sitting completely still for the past six months or so.

Apple is now bundling all of its services, including iCloud, TV+ Fitness+, Arcade, News+ and Music together into one subscription. The Premiere subscription is $30 per month, which includes 2 TB of iCloud storage, as well as the rest of the services. It’s only available in select countries for the moment. Looks like that’s it for the services new today.

The company has sold more than 500 million iPads around the world, which is an absurd number. Today’s announcements won’t hit the Pro, which got an update earlier in the year.

The new iPad 8th Generation has a new A12 chip inside, which makes it 40 percent faster in terms of CPU and doubles the graphics performance. It now has the Neural Engine, which typically only existed in the higher-end models.

It works with the full-sized Smart Keyboard and the new Logitech keyboards. This is a pretty standard speed bump for the bread-and-butter iPad. It still starts at $329 or $299 if you’re an education customer. Apple notes that it’s considerably faster than the most popular windows laptops and six-times more powerful than the most popular Chromebook.

The mid-range iPad now takes on the squared-off form factor found on the iPad Pro. It also comes in five slick-looking colors. It has a 2360 x 1640 10.9-inch display. The screen looks like a serious upgrade that’s close to what you get on the Pro.

TouchID is now built right into the top button of the device. It’s the smallest authentication sensor Apple has ever made.

The new Air runs the new A14 Bionic chip inside. Apple is using 5 nanometer process technology, which makes them the first on the consumer market. There are 11.8 billion transistors on the A14 chip. It’s a 40 percent performance increase over the previous Air, which was already fast. It’s also capable of a 30 percent graphics performance increase.

Air now gets USB-C (finally), which makes it faster and more versatile. The front has a 7-megapixel FaceTime camera, while the back has the 12-megapixel camera from the iPad Pro.

It starts at $599 and begins shipping next month.

iOS 14 and iPadOS 14 are both officially launching tomorrow after several months in beta. WatchOS 7 is also coming to the public tomorrow. Even TVOS 14 is going official, so get ready to spend some time downloading updates tomorrow.