Make your computing even more portable. 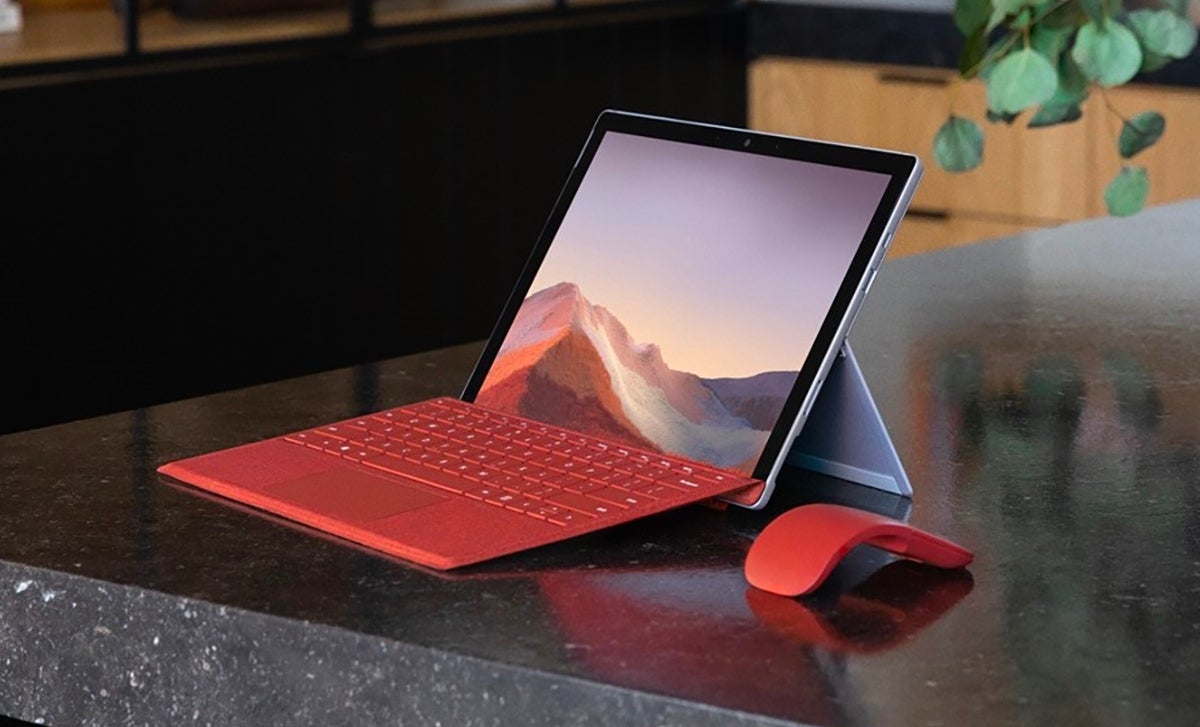 This story has been updated. It was originally published on February 27, 2020.

Companies have been promoting tablets as serious computing devices for a long time—at least as far back as Microsoft’s 2001 Tablet PC. Over the last few years, though, as both hardware and software have become more powerful, they’ve actually begun to look like genuine laptop alternatives.

If your aging computer’s life is coming to an end, consider replacing it with a new tablet for a simpler and more lightweight experience. That said, laptops and tablets excel at different things, so switching won’t be the right move for everyone. It’s a challenging choice, but we’re here to help you make the best decision for you.

How to decide if you should switch to a tablet

Before you part with any cash, make sure you take a good look into what these devices can and cannot do. To start, jot down exactly what you use your laptop for and the applications you find yourself returning to again and again. Then, figure out if the tablet you’re considering has equivalent tools that will allow you to continue to do everything you already do on your laptop. This will give you a better idea of whether you should switch, or not.

For example, if you can’t function without a proper mouse and keyboard, you’re probably better off sticking with a laptop or desktop. Even though you can plug in keyboards and connect your tablet to a mouse via Bluetooth, this type of device is just not designed for off-screen control.

Beyond hardware, a tablet’s abilities depend a lot on the apps it runs. While you can find tablet versions of image editors, word processors, and spreadsheets, they won’t offer as many features as their original laptop versions. They generally also struggle with large or numerous files, so if you frequently find yourself editing photos, writing, or making huge balance sheets, a tablet may not be the best choice for you.

But if you do a lot of your computing in web browsers, switching to a tablet makes sense. You will still be able to spend time with apps like Netflix, Spotify, your email inbox, and various social networks without changing any habits. And if you already store most of your files in the cloud, the switch will be a snap.

How to choose a new tablet

The process of actually switching from a laptop to a tablet will vary considerably depending on which slate you choose—iPadOS (the tablet spin-off of iOS), Android, and Windows all have very different tablet operating systems. To avoid any frustration as you make the jump, you’ll need to pick the right one.

This means you’ll have to consider not just what you want from your new tablet, but also where you’re coming from. For example, if you’re already using macOS, an iPad is a sensible choice, because a lot of the apps (like Safari and Pages) will sync seamlessly. The same thing happens when you go from a Windows laptop to a Windows tablet.

[Related: You can make Windows 11 easier to use on a tablet]

Opt for an iPad, and you’ll get the latest version of iPadOS. Apple came up this iOS-macOS hybrid in 2019, and has been pushing it on the same level as their computer operating system for a while now. With iPadOS you’ll get a variety of features available for Mac computers, such as an app dock, the ability to drag and drop files and images between apps, and support for running two apps side-by-side.

Every iPad from the entry-level 10.2-inch iPad ($329 and up) comes with an official keyboard accessory to make them more laptop-like, as well as support for the Apple Pencil stylus. The higher-end iPad Pros ($799 and up) have bigger screens, smaller bezels, and support for the second-generation Pencil (with wireless charging).

The Android operating system isn’t quite as well-optimized for tablets as iPadOS is. While you do have side-by-side apps, you won’t get a dock or any support for dragging items between apps. However, for those who spend a lot of time in Google’s apps and services, an Android tablet will probably work best.

Android tablets should also be a contender for those who prefer the more customizable nature of Android, which includes the option to populate screens with widgets. Several manufacturers make strong Android tablets: At the high end, we’d recommend the 12.4-inch Samsung Tab S8+ ($845 on Amazon), while budget shoppers might prefer the 7-inch RCA Voyager ($100 on Amazon).

Then there’s Windows. Because Microsoft has built its operating system to work on traditional computers and tablets alike, a Windows 10 or 11 tablet will give you everything a Windows laptop will, including desktop apps. But of course, there are some trade offs: Due to their smaller size, you’ll lose a bit of power and have to settle for a smaller keyboard and mouse (though some models let you plug in full-size peripherals).

If you’re already a Windows laptop user, a Windows tablet makes a lot of sense. The system is available on a variety of devices, with Microsoft’s own Surface Pro line ($799 and up for the latest model) leading the pack. As with iPads, you’ll get support for official keyboard accessories and a stylus.

Take your time choosing a tablet, because you’ll need it to last a long time. If you want to do more intensive tasks, like gaming and video and image editing, you’ll need to push for a more powerful (and expensive) device. Don’t forget to take a look at the accessories and add-ons available for the tablets on your shortlist— these might make it easier to decide which one is best for you.

The most laptop-like experience is definitely a Windows tablet, but if you’re moving from macOS, you can make the case that an iPad will be the easier switch—it really depends how reliant you are on Apple’s apps and services. Meanwhile, Android tablets are a good choice for the budget-conscious user and those who are fans of Google’s ecosystem.

You made your decision, now it’s time to move your files

Once you’ve chosen your tablet, it’s time to move all your files to your new ecosystem. First, plan on running your laptop and tablet in tandem for a short time after the file swap, just so you can iron out any potential problems before saying goodbye to Old Faithful.

Next, pick a cloud storage service. This is the easiest way to move files from one device to another. Dropbox, Google Drive, and OneDrive work on all the major operating systems. Another good option is iCloud, although it’ll work best if you switch from a MacBook to an iPad, since only a cut-down experience is available for Android and Windows. Depending on how many files you have, you may have to pay for extra cloud storage space, but the whole process should still be simpler and cheaper than buying an external hard drive.

[Related: How to get the most space in your cloud storage—without paying to upgrade]

All these cloud-syncing services work in similar ways. To start, install the computer app on your laptop and use it to transfer your files to the cloud. (If you use iCloud on macOS or OneDrive on Windows, the system might have already taken care of this task for you.)

Then you can install the relevant app on your tablet, sync your device, and voilá—you’ll be able to access all your cloud files from your new device. The best part is that you won’t have to saturate your tablet’s limited built-in memory because the system won’t download a file unless you need it.

Download the apps you need for your new tablet

Files alone won’t make your tablet a computing device. You’ll also need to download all your favorite apps—or their alternative versions—that you used on your laptop.

A lot of the desktop apps you rely on the most have mobile equivalents, though they don’t always provide identical features. For example, there’s an entire list of differences between various versions of Microsoft Word, and you can find similar feature-comparison lists for all your apps online.

Because tablet computing relies heavily on a good web browser, make sure to download your favorite one. Then sign in with your Google, Apple, Microsoft, or Firefox login information (depending on the browser) to sync data like passwords and bookmarks from your laptop. Again, it is a good idea to keep your tablet and laptop running side by side for a few days, just so you can make sure everything you need has made the switch.

With all your data and apps transferred over, you can enjoy the lightness and simplicity of having a tablet as your main computing device. Plus, you’ll get the benefit of crashing on a sofa without having to contend with a bulky keyboard. And if you decide a tablet isn’t ideal as your digital life’s hub, you can always return to a laptop next time.