After Successful Flight Test, World View Ready For Next Phase

The stratospheric tourism company is setting its sights high 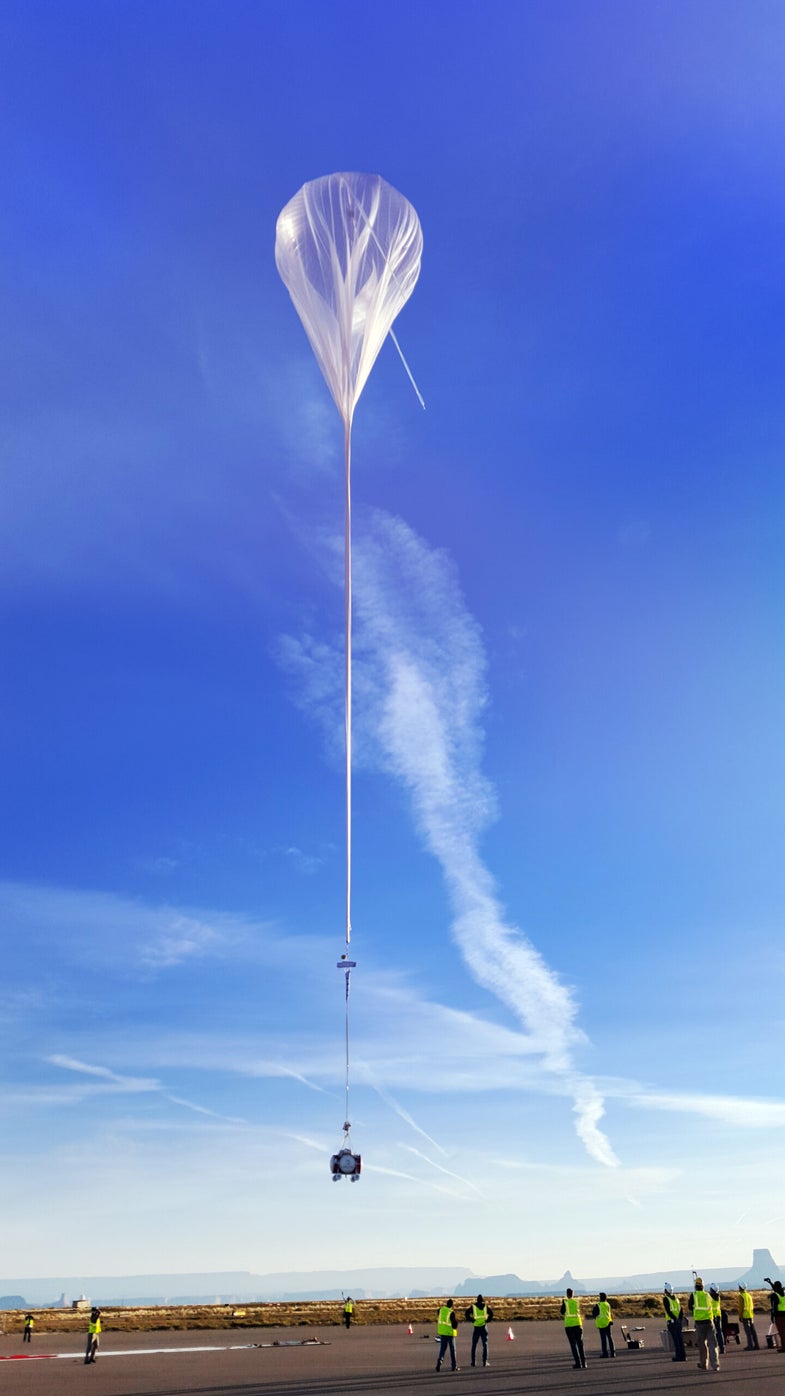 Some say the sky is the limit, but for World View, an Arizona-based balloon flight company, sending commercial passengers more than 100,000 feet above Earth is the ultimate goal. The company came one step closer to achieving that on Saturday, with a scaled-down but fully functional test launch from an airfield in Page, Arizona, which now readies it for full-scale test flights.

World View’s ultimate goal is to provide passengers with a smooth 6-hour flight in a pressurized capsule under a high-altitude, helium-filled balloon. Once the craft reaches a cruising altitude more than 20 miles above the Earth’s surface, passengers can view the planet’s curvature while sipping cocktails and using onboard wifi. Then the pilot gently releases the helium, the balloon and capsule separate, and, using an aerodynamic parachute-like piece of equipment called a parafoil, the capsule lands in a pre-determined location. The trip will cost $75,000 per person.

Shortly after midnight on Saturday morning, the World View team began prepping for launch, powering up systems and monitoring wind conditions. The engineers, many of whom assisted with the StratEx dive that took former Google executive Alan Eustace to the stratosphere for a space dive, also conducted last-minute checks on new and improved hardware that was scaled up for this flight. Previous World View test flights focused on specific components of the craft’s technology on a minimal scale. Saturday’s flight utilized a 1,000-pound replica of the craft, which the crew called Vanguard, with all technologies fully functioning for the very first time. “You can do a lot on the ground without actually having to fill up a balloon and launch it, but there’s really a lot you can’t do,” says Sebastian Padilla, World View’s chief engineer. “Once we started filling that balloon, things went really well. There was nothing unexpected.”

Vanguard lifted off around sunrise at 7:17 a.m., just as manned flights will. “It’s exciting for the whole team to see your payload and the balloon lifting off,” Padilla says. “It was a gentle liftoff. Quite the sight to see. It was awesome.” The team collected and monitored flight data as the craft ascended to 100,475 feet, which it reached at 9:12 a.m. All primary systems worked exactly as expected, and the flight was “really serene, really calm up there,” according to video footage viewed by the crew, he says. Vanguard floated for a little over an hour before beginning its descent, detaching from the balloon and completing a successful landing.

World View engineers will now thoroughly analyze the data collected to tweak any details prior to its next major milestone: a full-scale launch test, which Padilla says could happen as soon as late 2015. The company hopes to launch its first manned flight in 2017. 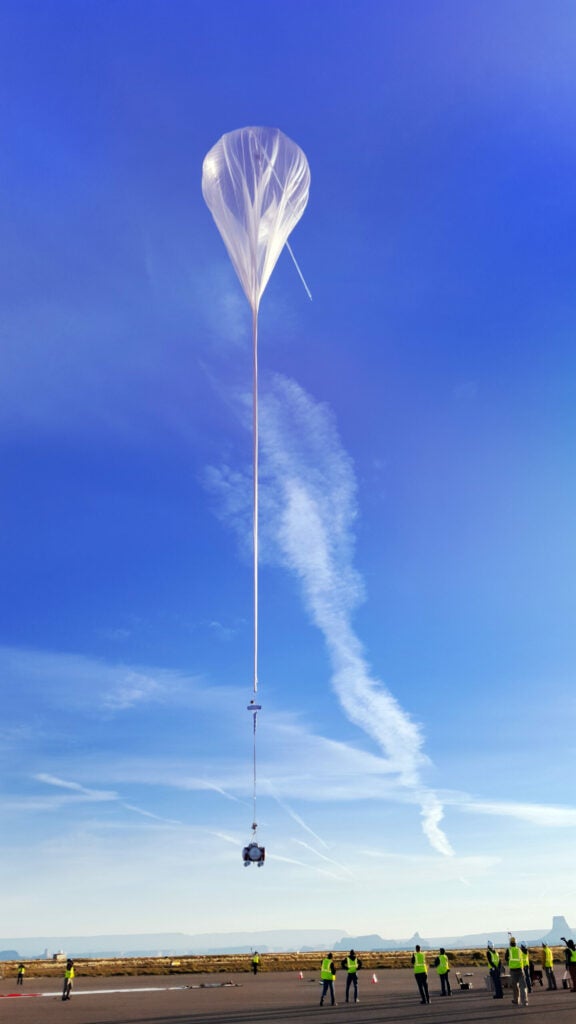