The company plans to operate rocket-powered flights out of New Mexico. 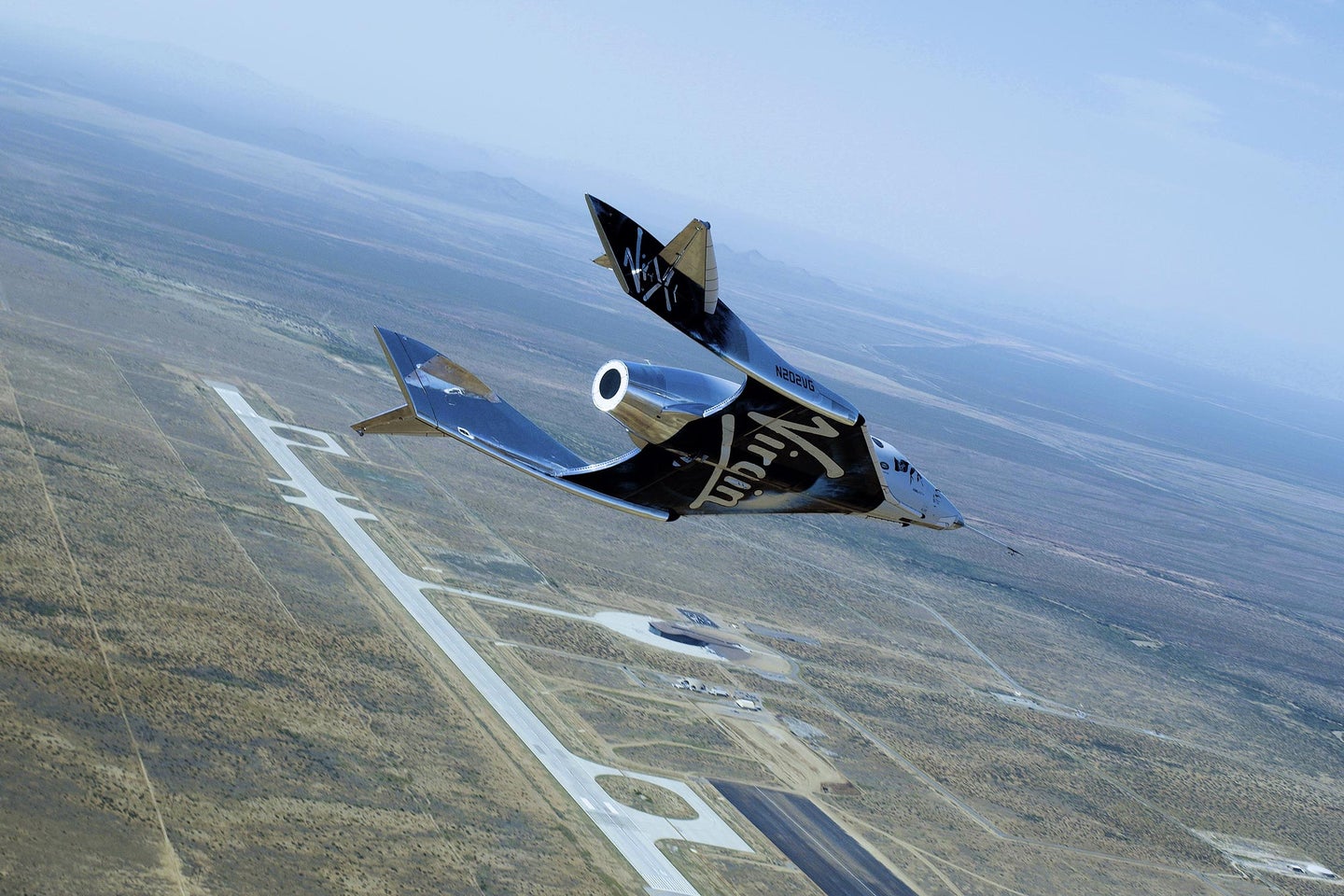 SpaceShipTwo was released from the mothership at 51,000 feet. Courtesy Virgin Galactic
SHARE

Virgin Galactic’s SpaceShipTwo last week completed its second successful test flight from Spaceport America in Truth or Consequences, New Mexico, marking another important milestone toward the launch of Virgin Galactic’s commercial service. The company said in a news release that Mark “Forger” Stucky and Michael “Sooch” Masucci, both commercial astronauts, commanded SpaceShipTwo Unity’s flight. The test flight was conducted under a set of stringent operational protocols to ensure safety against COVID-19, including enforced social distancing as advised by state guidelines as well as universal mask usage.

SpaceShipTwo’s glide, flown at higher speeds, allowed the team to continue to evaluate systems and vehicle performance in advance of future rocket-powered space flights. Flying VSS Unity in glide configuration at higher speeds enables certain vehicle systems to operate close to the environment seen during phases of rocket boost on a spaceflight. The spaceship achieved a glide speed of Mach 0.85 after being released from the mothership VMS Eve at an altitude of 51,000 feet. Unity completed multiple test-points before touching back down smoothly for a runway landing at Spaceport America.

“Forger and Sooch performed a series of maneuvers with Unity designed to gather data about performance and handling qualities while flying at higher speeds,” according to a company press release. “This data will be verified against similar maneuvers that were performed in the previous glide flight to enhance aerodynamic modeling. Pending the completion of an extensive data review of this flight, the team will start preparing for the next stage of our flight test program—powered spaceflights from Spaceport America. In addition to the data review, we have several steps to complete, including final modifications to the spaceship customer cabin and detailed inspections of the vehicle and systems.”