The tragic legacy behind the famous ‘Into the Wild’ bus

The lure of the Magic Bus got some McCandless fans killed. Now it's been removed from Denali National Park. 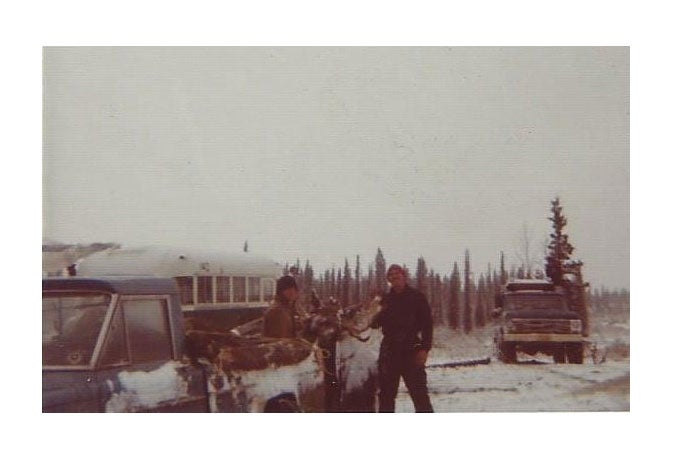 The author's father after a successful hunt, with "The Magic Bus" in the background. Tyler Freel
SHARE

Earlier this month, the Alaska National Guard used a Chinook helicopter to lift and carry out “The Bus.”

If you’re not familiar, this is the bus that the wandering Chris McCandless perished in after a short stint of trying to live off the land in 1992. The local perspective on McCandless’ story is that he was an ill-prepared squatter who tragically lost his life due to poor decision making. And this story might have faded into history if it were not immortalized by the book,(and then movie) Into The Wild. Since the book was published, scores of people have been drawn to that old Fairbanks City Transit bus No. 142 (commonly referred to as the Magic Bus) on the far side of the Teklanika River on the edge of Denali National Park. Many of these folks admired McCandless, and wanted to see the site where he tried to survive in the wilderness.

Practically speaking, removing the bus was a good thing. There’s nothing magic about that bus, and one unfortunate fellow’s poor decisions paved the way for lots more folks to get themselves into trouble by trying to follow in his footsteps. For decades, emergency rescuers had to save stranded and endangered tourists each season. Some have even died on their pilgrimage to visit “the bus.” Remove the bus, and the site will be swallowed up into the expansive wilderness. Its significance will be lost forever. After all, what’s the loss in removing what is essentially litter, a junked old bus that has become nothing but a literal tourist trap?

On the flip side, the bus does mean something to some of us who live here in interior Alaska. Turns out that hunters and outdoors people had been using that bus long before McCandless’ story made it famous.

“I’ve spent a lot of nights in that bus,” my dad would tell me. It was his family’s hunting camp for several years in the 1960s. My uncle has pictures with moose and caribou by bus No. 142. Those are fond memories from days when it was just a hunting camp. It seems that those memories will be taken back by the wilderness as well, and some Alaskans hold a little bitterness for McCandless and the unwanted attention he brought to that bus.

In the end, I think it was probably time to move the bus. If ever there were an effigy of unpreparedness and poor decision making in the Alaska wilderness, that bus was it. After McCandless, it lured only more ill-prepared people into danger. I know my feelings that oppose moving the bus are illogical. It is no longer what it once was, and it could never again be just a hunting camp. That bus was haunted by the story of a wanderer who never should have ventured into the wilderness alone, never should have taken up residence there, and never should have died there. So yes, the bus needed to go. Its plot of ground will be swallowed back into the wild—this time, for good.