The condition could help us better understand perception. 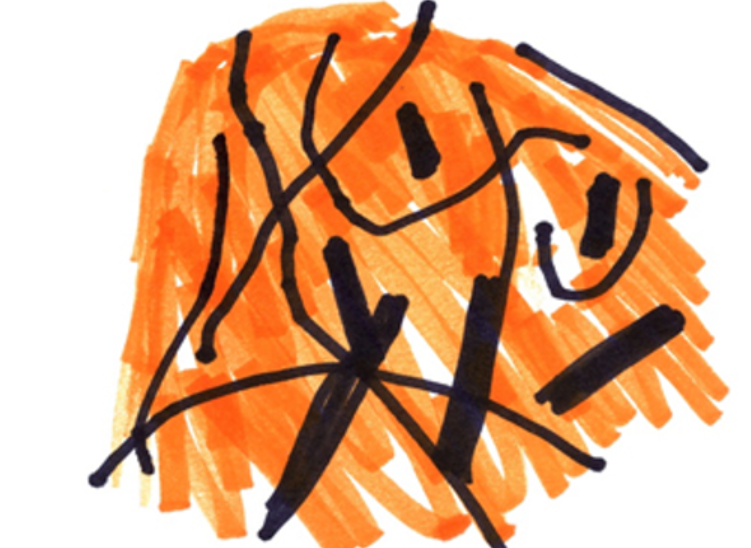 The patient known as RFS looks at a number, but all he sees is “spaghetti.”

Show him a picture of one circle hovering above another, and he sees two circles. But as soon as the circles get close enough to look like an eight—spaghetti.

RFS developed corticobasal syndrome in 2010 at the age of 60, a rare progressive degenerative condition that affects less than one in 100,000 people per year and corrupts parts of the cortex and basal ganglia in the brain. After about a year of headaches, and flashes of vision loss and amnesia, RFS started having muscle tremors, difficulty walking, and—perhaps most strangely—the inability to see numbers. Experts have dubbed his number confusion “digit metamorphopsia,” and hope his condition could lead to a better understanding of human perception.

“Digit blindness isn’t quite accurate,” says Teresa Schubert, a neuropsychologist at Harvard and one of the lead authors of the new PNAS paper documenting RFS’s case. Blindness implies that he is seeing the number normally but just can’t recognize it—when actually every number he sees looks like a random assortment of tangled lines, like “a plate of spaghetti,” she says. In the paper, the researchers describe RFS holding a foam figure eight and saying that the shape is “too strange for words.”

“It’s just a mess every time. And that rules out any possibility of teaching him to recognize that this ‘spaghetti’ is a four and this is an eight,” Schubert says. “We also discovered that if other shapes are too close to a digit, they get absorbed into this warping, this spaghetti that he sees.”

So in the case of the two stacked circles, slowly coming together until they look like an eight, the visual distortion occurs as soon as RFS’s brain starts to categorize what he was seeing as a number.

But not all numbers are scrambled equally. Numbers in word form and Roman numerals all register normally with RFS. His condition only seems to warp common numerals, and even then there’s some discrepancy: zeroes and ones were completely spared, whereas two through nine are now completely unrecognizable.

So what’s going on? Schubert and her team have a few hypotheses. “It might be that zeroes and ones have very simple shapes with multiple interpretations,” she says. A zero could potentially be a circle or the letter ‘o,’ while a one could be just a line or an ‘I’ or an ‘l.’

An alternate hypothesis is that zeroes and ones were saved because they both play a unique role in how we understand numbers and values.

“Zero as a concept wasn’t actually invented until many years after people started using digits,” Schubert says, and so when we think of things like the value of nothing, or different orders of magnitude, the digits zero and one have special roles in representing quantities. “It may be that those special roles protected them and preserved them when digits two through nine were getting damaged.”

But why numbers? Schubert says it’s probably random: “it could just as easily have been letters.” She explains that there are specialized areas in the brain that process things that people have to deal with regularly, like faces, digits, letters, and so on—these areas are all candidates for these conditions where whole categories can be knocked out.

The team also wanted to see if RFS could process other information in pictures of numbers. They showed him a large image of a number, with a word or image of a face somewhere inside the number, then asked RFS what he could see while monitoring his brain’s electrical activity on an EEG. RFS had no idea what he was looking at—it was all spaghetti. But the monitors showed that his brain detected the presence of a word or face even if he himself was not aware of it.

“This is a really unique case that disrupts our intuitions about the way we think we see things,” says Schubert. “When most of us think of ‘seeing,’ we think that an image comes through our eyes and is processed by the brain, and then, sight. But what this case is really showing us is that your brain can be unconsciously detecting a face or a digit or even reading a word without you actually ‘seeing’ it.”

So there are possibly many more stages to awareness and being conscious of something than we previously thought.

Scientists have suspected that your brain can identify something while leaving your conscious awareness out of the loop for a while, but it’s hard to experimentally prove, says Schubert. RFS’s case is incredibly strong evidence to back up this idea, and it will have huge consequences for research on perception. Any future theories that scientists come up with to explain how our minds become alert to information will have to reconcile with RFS’s case as an extra layer of criteria.

Today, RFS’s daily routine has needed some adjusting, to say the least. Digits are everywhere in modern life: clocks, books, recipes, prices, to name a few. To help RFS adapt with his digit metamorphopsia, Schubert’s colleague, Michael McCloskey, another author of the paper, came up with a new collection of symbols to represent numbers. RFS learned them quickly and has been using them for nine years now. Schubert and her team even enlisted the help of an engineering student to create a new calculator app with these new number symbols, and software for his laptop that converts digits on web pages. Of course, there are limitations. Static documents like books, PDFs, or the dials on the hood of a car are all still inaccessible to RFS.

To be clear, his understanding of numbers and the concepts of mathematics are all intact. In fact, up until a few years ago, he was still a working engineering geologist, and his mental arithmetic is still excellent. And while much of the numerical information in the world will remain out of his reach, RFS can live life more or less as normal—and he is mostly in wonder at his own condition.