What Science Says About Arousal During Rape 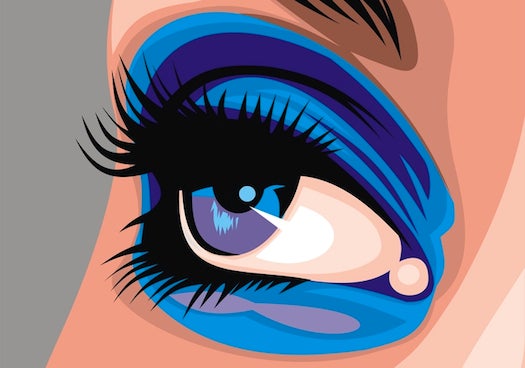 Although in the United States, where I live, rape survivors are now more common than smokers, I am not currently among the nearly 20% of women or 3% of men (or more) who are sexually assaulted in their lifetimes. I am not one of the 1 in 3 Native Americans who are raped. My mother has never felt the need to tell a doctor, as one Native American mother did, “I need to learn more about Plan B for when my daughter gets raped.”

And my lack of first-hand experience might be why my narrow definition of rape was completely wrong.

Rape is not always violent. Some survivors surrender to protect themselves or their loved ones. Some are intoxicated, drugged, physically or mentally incapacitated, or in a position without power. Some (doubly horribly) are children. Rape does not always include penile penetration. Some rapists are married to their victims. Some rapists are women. Some women rape men. And sometimes, in the middle of an act that is always a violation, a rape survivor will experience increasingly intense physical sensations leading to climax – an orgasm.

Of those who report their rapes, around 4–5% also describe experiencing orgasm. But the true numbers are likely much higher. In a 2004 review paper, a clinician reports, “I (have) met quite a lot of victims (males) who had the full sexual response during sexual abuse…I (have) met several female victims of incest and rape who had lubrication and orgasm.”

In February of this year, Reddit featured a child therapist in an ‘I Am A’ discussion to address orgasm during rape. She had previously participated in an ‘ask me anything’ (AMA) on the topic. It was so popular that she was invited to engage again. In the first post the therapist states,

“I’ve assisted more young women than I can count with this very issue…There have been very few studies on orgasm during rape, but the research so far shows numbers from 10% to over 50% having this experience. In my experience as a therapist, it has been somewhat less than half of the girls/women I’ve worked with. (For the record, I have worked with very few boys/men who reported this.) In professional discussions, colleagues report similar numbers.”

And though most of the half-dozen or so therapists and sex educators I spoke with said that they believed the phenomenon was uncommon, all of them had heard from or heard of at least a few rape victims who experienced sexual arousal.

Matthew Atkinson, a domestic and sexual violence–response professional and author of “Resurrection After Rape,” wrote to me that, “Of the 500–600 clients I ever saw, only a couple of dozen disclosed [it] to me. However, when the topic is brought up on internet discussion forums, there seems to be a great deal of interest in it. That suggests to me that it’s more common than we may be aware…”

Rape and arousal can happen simultaneously, and one does not exclude the other.

The voices of the internet suggest he’s right. Read through the Reddit thread or blogsor comments to articles that discuss orgasm during rape and you find storyafter story: “I was sexually abused at a young age and had an orgasm.” “…although I never stopped resisting I was horrified to find myself having a series of multiple orgasms…” “I thought I would never be able to tell – except here.” “Reading your post made me feel like maybe I am not such a freak.” One woman describes a violent and painful gang rape and recalls, “One of the most disturbing things that happened that night is that I had an orgasm. Despite years of marriage, it was my first orgasm ever.”

But how can this be? How can a victim’s experience of rape, especially violent rape, include an orgasm? If you are a blogger on one website (which I refuse to honor with a link) the explanation is simple: “You’ve suddenly realized that actually, in spite of what you thought before it happened, in reality you wanted to be raped and you’re… loving every minute of it… that fact alone makes ‘rape’ an act of consensual sex.”

No. This is not the explanation. Rape and arousal can happen simultaneously, and one does not exclude the other. As disgusting as they are, that blogger’s words illustrate a common error of conflating arousal and conscious intention. An orgasm, at least in popular understanding, represents a peak of sexual pleasure, a state of euphoria. In that perception, if someone is experiencing rape, shouldn’t pleasure be absent? Shouldn’t the body, you know, shut that whole thing down?

We really need a better understanding of human sexuality and human physiology. Just as Todd Akin (and hundreds of years of science) was so wrong in thinking that rape can’t lead to pregnancy, I and many others were entirely wrong about arousal and climax during rape. Despite what many rapists would like to believe, arousal does not mean that an assault was enjoyable or that a victim was asking for it. So what does it mean?

Quite simply, our bodies respond to sex. And our bodies respond to fear. Our bodies respond. They do so uniquely and often entirely without our permission or intention. Orgasm during rape isn’t an example of an expression of pleasure. It’s an example of a physical response whether the mind’s on board or not, like breathing, sweating, or an adrenaline rush. Therapists commonly use the analogy of tickling. While tickling can be pleasurable, when it is done against someone’s wishes it can be very unpleasant experience. And during that unpleasant experience, amid calls to stop, the one being tickled will continue laughing. They just can’t help it.

In other words, the mental and physical components of human sexuality often run in parallel and in agreement – but not always. In fact, sexual arousal and other forms of heightened sensation are so closely intertwined that as of 2010, psychologists were still arguing in the scientific journals about “the exact meaning of sexual arousal,” or what, exactly, we should call it. Super.

Examples of the mental/physical disconnect in sexual arousal:

–Some people can be brought to orgasm by having their eyebrows stroked. Others can orgasm when pressure is applied to their teeth.
-Some people can “think” themselves into orgasm without any physical stimulus at all. One woman has even done this inside an MRI.
-People with spinal cord injuries (a physical brain–body disconnection) can still experience orgasm. In an MRI.
-Women can become sexually aroused without their knowledge. By measuring changes in blood flow to female genitals, several studies have found that subliminal images, images of copulation in other species, and those that women report as disgusting, boring, or not arousing can cause physical arousal.
–This happens in men too, though men usually have a more … obvious … yardstick.
-Consciousness is not required for orgasm. Both men and women can experience orgasm during sleep.

Arousal during rape is an example of a physical response whether the mind’s on board or not, like breathing.

Adding to the issue is that sexual arousal and orgasm appear to originate from the autonomic nervous system— the same reflex-driven system that underlies heart rate, digestion, and perspiration. Our control over sexual arousal is no better than our control over the dilation of our pupils or how much we sweat. The presence of sexual arousal during rape is about as relevant to consent as any of these other responses. In violent assaults, intense physical arousal from fear can heighten sexual sensations in a process called ‘excitation transfer.’ In one laboratory study, anxiety from threat of electric shock enhanced male erectile responses to erotic images. The men in this study were not looking forward to the shock. They did not enjoy the shock. Their body’s heightened state of physical arousal – anxiety about the threat of pain – heightened sexual arousal as well. Sexual arousal is just one more component of the ‘fight or flight‘ state.

Some rape victims report ‘going somewhere else’ mentally, and then being pulled back into the moment by orgasm. Clearly these victims have no mental connection to their physical state. One woman who was drugged and then raped, recalls waking up during climax only to pass out again as the sensation abated. Recent experiments suggest that vaginal lubrication in women may be an adaptive response designed to reduce injury from penetration. The body is not enjoying itself – it is trying to protect itself.

Finally, horribly, some rapists enjoy making their victims’ bodies respond to the assault as a sign of dominance. These rapists work to get a physical response from their victims. They have learned how fear and anxiety can correspond to other forms of heightened arousal, and they exploit the connection.

Unsurprisingly, rape survivors who experience arousal and rape report confusion and shame thanks to this conflation of the physical response of arousal and its usual association with enjoyment. A survivor may ask, “Was this something I subconsciously wanted? Am I in some way guilty? If my body responded this way, does it mean I’m mentally disturbed?” The reality is that the body’s arousal response is no more an indication of guilt or mental illness than an elevated heart rate or adrenaline flood would be under the same circumstances.

Often, sexual pleasure and sexual aggression become psychologically intertwined when a rape survivor experiences arousal during rape. In Matt Atkinson’s words, “Sex, which is supposed to be healthy, harmless, pleasurable, and mutual, has been disfigured by rape or abuse.” One woman exclaims, “The word ‘no’ doesn’t seem to count. My own body didn’t listen to it. So it’s as if I never said it.” Though it might feel this way to a victim, the word ‘no’ stands on its own. To paraphrase the woman’s therapist: The sensation is not an expression of pleasure or consent – it is simply a physical sensation.

Men, too, experience frustration and guilt that can be heightened by a bewildering physical response. In many instances, this confusion prevents victims from reporting the assault. One study from the 1980s found that approximately 90–95% of men who are raped never report the incident. It’s not unreasonable to think that these numbers must be even greater for men whose rape stimulates arousal and ejaculation.

Police and courtrooms may confuse orgasm and arousal with evidence that the interaction was consensual.

Another worry is that police and courtrooms may confuse orgasm and arousal with evidence that the interaction was consensual. Though the law has progressed much since the days in which pregnancy, which was once believed to be proof of orgasm, could acquit an accused rapist, we have far to go. Still, most courtrooms recognize that legal consent must be freely given and that consent can be withdrawn at any time (even the FBI now recognizes non-forcible rape as of, get this, 2012). If the supreme court of Georgia in 1976 could find that orgasm is “legally irrelevant to the issue of consent,” there may be some hope for a better understanding of the mind–body disconnect when it comes to these autonomic responses during rape.

Arousal and orgasm during rape happen. Probably much more often than we know. It is not a sign of guilt or pleasure. It in no way indicates consent. It is a sign that our bodies react, just as they do with a rapid heartbeat or an adrenaline rush. We react. And then we try to heal.

Jenny Morber is a freelance science writer and editor. This article was republished with permission from Double X Science.