The three-year-old was buried with deliberate care. 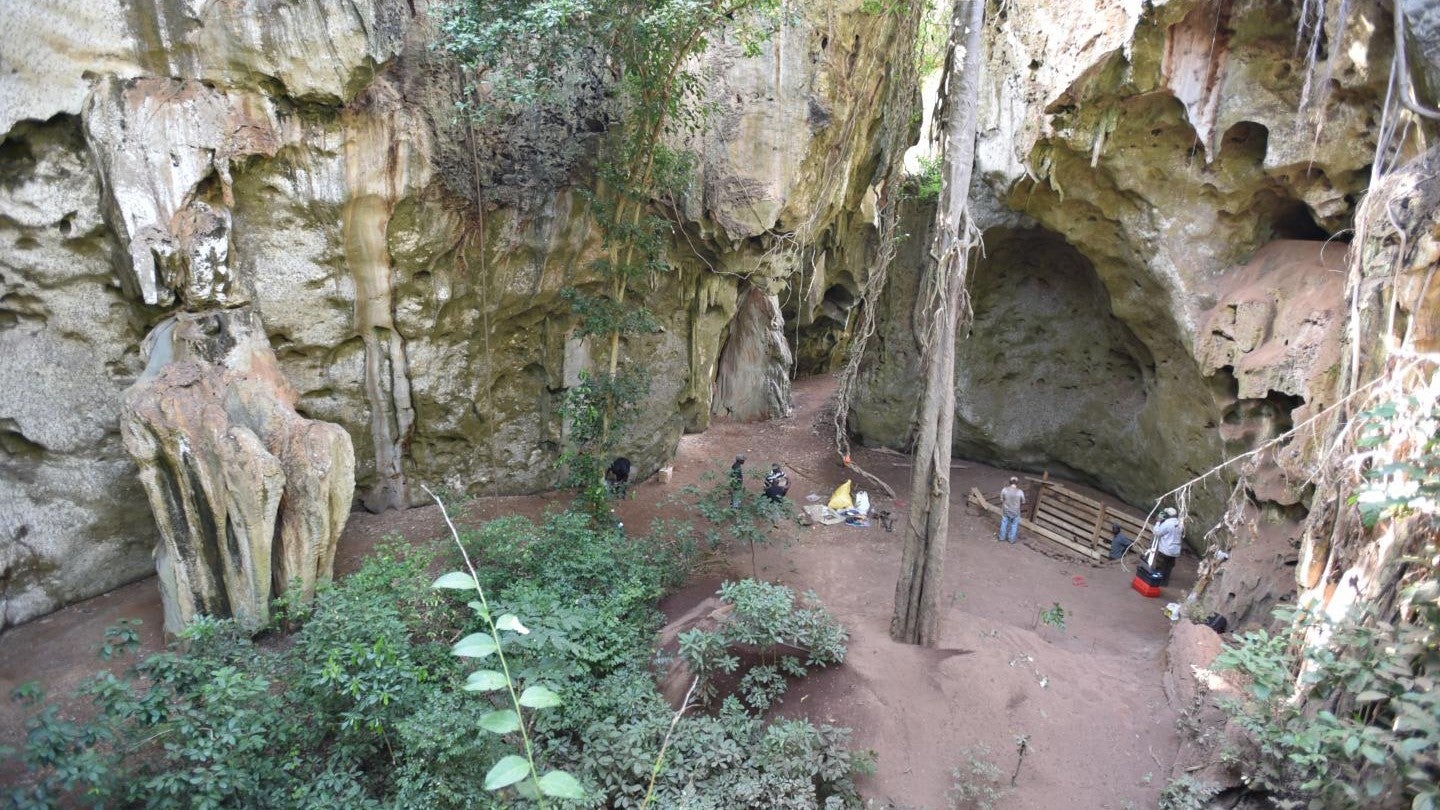 The human burial remains are the oldest ever discovered in Africa. Mohammad Javad Shoaee/MAX PLANCK INSTITUTE FOR THE SCIENCE OF HUMAN HISTORY
SHARE

Africa is widely regarded as the place where modern Homo sapiens emerged. But scientists still know relatively little about the funerary practices of early humans who lived there. Now, researchers have documented one more burial site—and it’s the oldest to date on the continent.

Archaeologists uncovered the 78,000-year-old funerary site at Panga ya Saidi, a cave near the Kenyan coast. There, researchers found the remains of a boy, about three years of age, who was gently laid to rest. They named him Mtoto, the Swahili word for child. Based on analysis of the remains, scientists concluded that Mtoto was likely set down curled up on his side. He was then probably wrapped in some sort of shroud and given a pillow (both of which later decayed), before being covered with soil. The findings were published in Nature.

Mtoto was actually first discovered in 2013, but the remains were so fragile that the bones disintegrated upon excavation. Archaeologists had to get creative in order to get samples to the lab. First they dug around the area and encased the grave in plaster. Then they lifted it all to the National Museum in Nairobi before taking samples to a specialist lab in Spain. They found bones and teeth, as well as some stone tools.

The care that Mtoto evidently received indicates to archaeologists that this was some sort of cultural, meaningful burial—as opposed to a simple disposal of the dead you might see in earlier human relatives or animals. It’s a demonstration of intentional, symbolic, and complex social behavior, the study authors argue.

“Humans, unlike chimps, began to develop complex belief systems around death,” said archaeological scientist and study co-author Nicole Boivin to The Guardian. But funerary practices can vary so widely, she said, that we can’t necessarily know what exactly this burial signified to people at the time.

[Related: Laos’s Plain of Jars revealed to be a burial site]

This discovery adds to the very small cohort of known early African burials. Before Mtoto’s discovery, the two earliest African burials discovered were in Egypt and South Africa and are approximately 68,000 and 74,000 years old, respectively. In contrast, archaeologists have documented plenty of human and Neanderthal burials in Europe, some dated as old as 120,000 years.

The lack of discovered burial sites could be explained by differing cultural practices in humans back then, but could also be due to a scarcity of this kind of field work on the continent. The disparity “almost certainly reflects biases in where research has been done,” Boivin said. “The regions where earlier burials have been found have been much more extensively researched than Africa … despite the fact that Africa is the birthplace of our species.”