High temperatures can cause embryonic bearded dragons to change sex

Harsh conditions may have led to this surprising evolutionary trait. 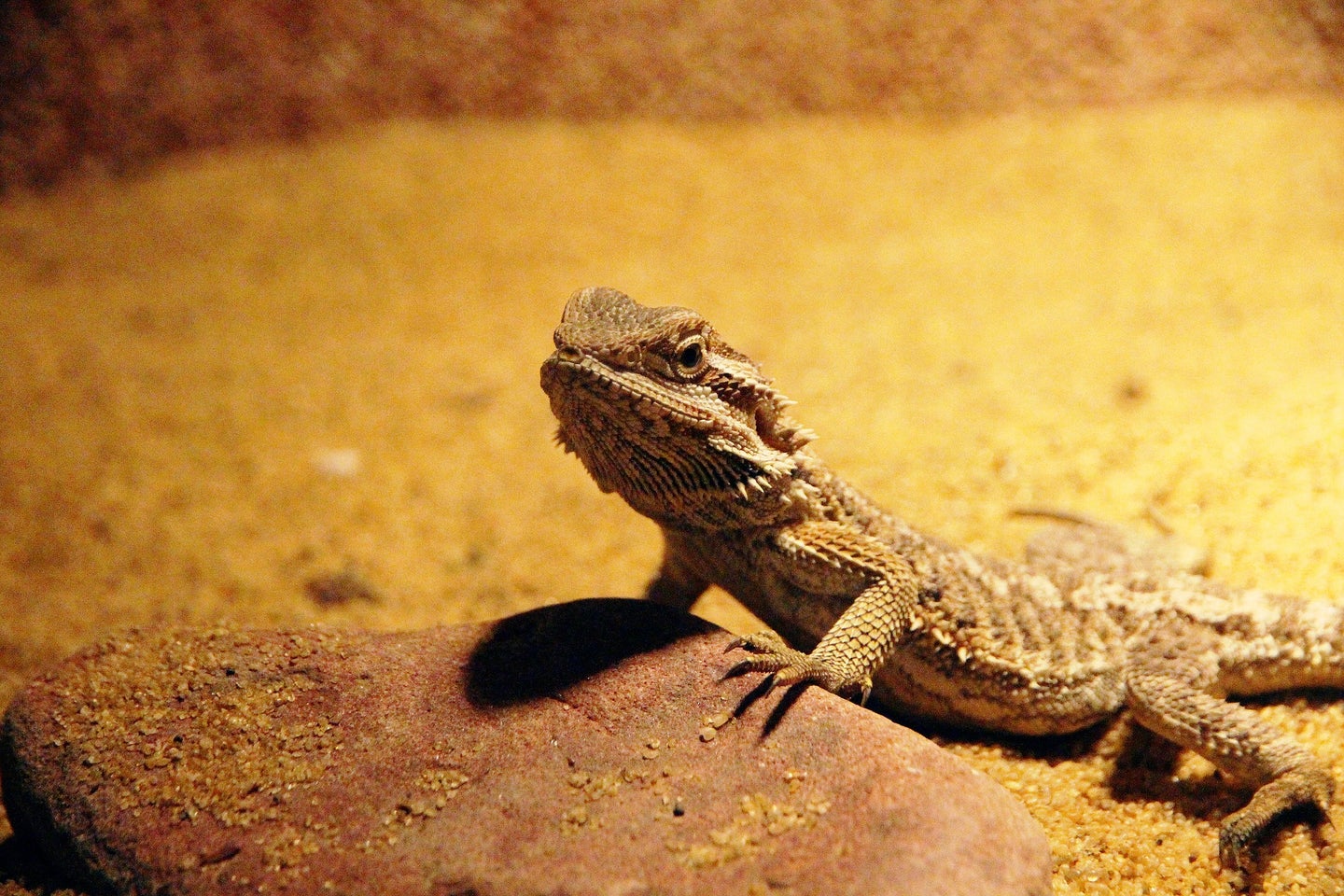 The life of the Australian Centra bearded dragon is not an easy one. These scaly creatures have to fend off extreme heat up to 113 degrees Fahrenheit, survive years-long droughts and rainfall cycles, and avoid being hunted by feral cats, foxes, or other lizards—anything that could get their claws on them.

Biologists think it may have been these harsh conditions that led the dragons to need more babies and to develop an unusual evolutionary trait: the ability to produce females by both chromosomal and temperature-dependence. Now through genetic sequencing, biologists are coming to understand the ancient cellular mechanisms that make this possible, as shown in findings published in PLOS Genetics.

Pogona vitticeps dragons can produce females through genetic sex determination, where chromosomes determine sex, like humans do. But they can also go through temperature-dependent sex reversal, when a male embryos’ chromosomes are overridden when incubated at high temperatures to produce a female.

The question of how exactly temperature determines sex has been deceptively tricky. Temperature dependent sex determination is a common occurrence in fish and reptiles, first discovered in the 1960’s, although how this plays out varies greatly between species. These new research advances start to parse out the complex ways the environment can influence the development of sex and other traits.

By sequencing the mRNA of the two types of female embryos in different stages of development, geneticists discovered that there are two distinct initial genetic pathways that eventually converge and produce morphologically identical ovaries in female dragons, no matter whether their sex was genetically determined or temperature-dependent.

But while both types of females breed and lay eggs, sex-reveresed females tend to be more fertile and have more bold and aggressive behaviors than dragons with female chromosomes. “They actually really are kind of like a third sex in those species, they’re quite distinct from males and normal females,” says the study’s lead-author Sarah Whiteley, who researches evolutionary developmental biology at the of the University of Canberra. “It’s a really interesting system—quite unusual.”

[Related: These animals spend their whole lives waiting to have sex, and then they die]

Cellular mechanisms work to sense a change in environment and signal that to the cell, which then initiates a cascades of changes in the genes that can cause an outcome in sex determination. This study shows that high temperatures cause changes specifically in intracellular calcium ions and redox regulation, which is a specific kind of cellular signaling that can change genetic expression.

Last year, the scientists developed a new framework for understanding the mechanisms within cells that trigger temperature-dependent changes in a variety of species, highlighting calcium and redox signaling as key elements in these processes. Excitingly, the calcium and redox signals predicted by the framework, known as the CaRe hypothesis, were exactly what cropped up as the triggers of the bearded dragons’ sex reversals.

This research can help biologists understand how temperature can determine sex in a variety of other fish and reptiles. It could even help scientists understand how temperature changes can affect human gene functioning, as all eukaryotes (organisms with cells containing DNA) contain mechanisms to sense and react to these types of changes in their environment—a phenomenon known as epigenetics.

The bearded dragons’ sex chromosomes are actually miniature and less differntiated microchomosones, indicating that they evolved somewhat recently. So, geneticists hypothesize that the process of temperature-dependent sex determination was used by the dragon’s ancestors, and the triggers for these processes are still around in the modern reptiles’ genes.

“Basically, that’s always there as fodder for evolution to draw upon if there’s some sort of selective advantage to have more sensitivity to the environment,” Whiteley says. “So we suspect that while our species—the dragon—has evolved these sex chromosomes, these mechanisms that allow thermosensitivity are still there.”

As new technologies that allow genetic sequencing to become cheaper and more complex at the same time have developed, this line of research has blossomed. But there’s still a long way to go. “It seems like we should understand this by now, given it was discovered so long ago,” Whiteley says. “But in many respects we’re still at the beginning.”