10 animal sex rituals you need to read about right now

Some light reading for you and your partner on date night. 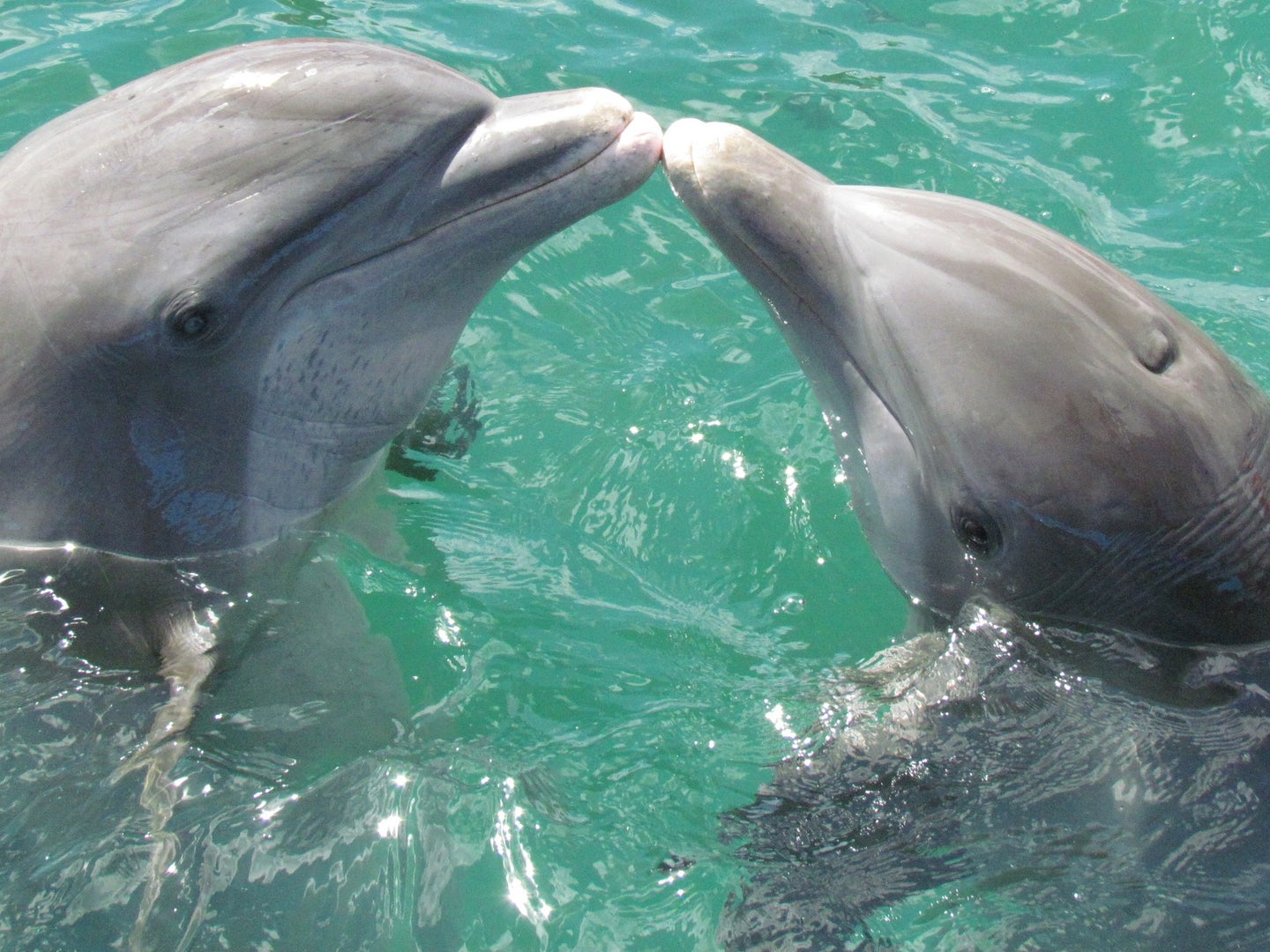 Dolphins have fewer sexually inhibitions than humans do. Pixabay
SHARE

For most denizens of the animal kingdom, sex is primarily a means to an end: spreading your genes around for the next generation. But as you may know, that doesn’t mean animal sex needs to be mundane or vanilla. Some, like humans, go great lengths to make their sex lives interesting. Whether through incredible stamina, creative copulation methods, or mating rituals that outclass most human courtships, the world of animal sex is filled with unusual stories.

Here are five of the weirdest, most sexual creatures.

The males among these tree-dwelling little rodents practice what scientists call semelparity: reproducing in one go, then dying. A male antechinus will remain celibate for most of his year-long life—until his final month, when he stops producing sperm. And so, for the next two to three weeks, he’ll go on a testosterone-fuelled frenzy, mating with every female he can find in sessions that last the better part of a day. By the end, his fur will fall out, his immune system will implode, and his body will become gangrenous. It’s not entirely clear why the antechinus reproduces like this, but some biologists think the strategy evolved to help conserve resources.

For bees, sex is nothing short of a ritualistic spectacle. A typical bee colony has a queen, thousands of sterile female worker bees who keep the pollination and honey operations running, and hundreds of male drones who have no purpose in life but to pursue their queen. And we mean literally pursue: the drones all chase the queen in flight, until each one gets a turn to mount her. The process looks something like an assembly line. And once a drone finishes, the tip of his penis explodes, he falls to the ground, and slowly dies.

Although these Congolese primates’ reputation for being nymphomaniacs is overstated, they do have active, if not entirely healthy, sex lives. Dominant bonobo females are known to exert power on their males, including one instance of ripping part of a penis off. They’ve been observed trying out different sex positions, and females are known to swing between multiple mates. Bonobos are also known to rub their private parts together—females engage in a sort of bonobo tribadism, and males even penis-fence each other. Primatologists think it’s a way to let off steam before or after fights.

These egg-laying mammals have a unique pre-mating habit. Up to a dozen males will queue up nose-to-tail all in pursuit of the same female, each jockeying both for the female’s attention and against each other. It’s a game that can last as long as a month. That’s not to mention the echidna male’s strange four-headed penis. The males only use two at one time, alternating them between uses. Scientists think this may help echidna sperm fare better.

But on the other end of this sexual spectrum are the animals that won’t or can’t copulate. Some can reproduce without sex, and some can’t have it at all. Either way, here are five of them:

These Australian arthropods can have sex, but they also have the choice to go without it. Females of this species are capable of parthenogenesis, sometimes also known as “virgin births,” where a female can reproduce all by herself. These insects’ eggs don’t need to be fertilized by a male. There is, however, a cost: the child is essentially a clone of the mother. And since there’s no new genetic material coming in, it’s possible that the virgin-born children can get increasingly inbred.

Some species of sharks can also reproduce through parthenogenesis. We know this because we’ve seen sharks do just that in captivity. There have been instances of hammerhead sharks giving birth when there were absolutely no males around. Biologists think it’s something sharks can do when they need to reproduce in a situation where there are no males about. Other animals, like komodo dragons and domesticated turkeys, can do this too.

Where prickly stick insects and sharks have a choice, whiptail lizards use only parthenogenesis. These green-spotted inhabitants of northern Mexico and the southwestern US are all female. They reproduce asexually: each lizard gives birth to other female lizards, and so on and so forth. Scientists think that whiptail lizards are able to avoid the inbreeding problem by having an extra set of chromosomes, as if they are already carrying the male’s genetic material.

Another group of stick insects that reside mostly in California, these have evolved even farther to avoid sex. Several species of Timema reproduce asexually, and only asexually. It’s not some sort of modern change, either; they’ve been doing it for millennia. In fact, there’s evidence that one species of Timema hasn’t had sex for 1.5 million years, not since Homo erectus walked the Earth.

These microscopic leech-like critters inhabit damp places like freshwater ponds or moist soil. They’re also capable of withstanding extreme radiation. And no bdelloid rotifer has had sex for 40 million years, long enough to make even the hardiest ascetic jealous. Since one bdelloid rotifer can asexually reproduce and multiply to start an entire population, biologists have speculated that they’re capable of hitchhiking on human spacecraft and colonizing other planets.