Was The Oklahoma City Tornado The Worst In History?

A disaster by the numbers. 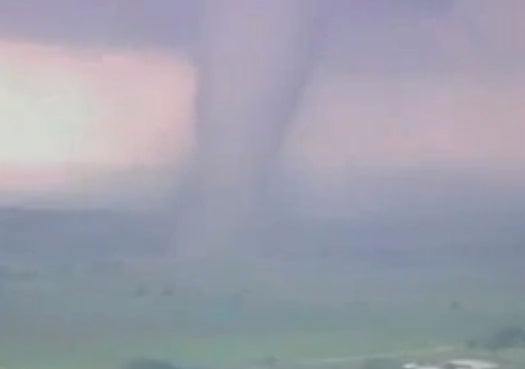 Monday’s tornado in the Oklahoma City area killed at least 24 people and leveled a massive number of homes and businesses. The L.A. Times quoted weather officials as saying the twister “was at least in the same league” as the harrowing tornado that struck the same area in 1999, while one local meteorologist called it “the worst tornado in the history of the world.”

There’s no single measurement that totally describes the destructive force of a tornado, but there are several ways to get a sense of the impact.

This scale, employed since 2007 in the U.S. as a measure of damage that a tornado causes, rates destruction from zero to five: crews survey the damage, then assign the tornado an estimated wind speed based on that damage. There’s a long list of how to quantify the damage: uprooted trees indicate a certain wind speed, and same goes for window damage at strip malls. (Here are some photos that show the rough idea.) The scale runs from EF-0 (65-85 mph) to EF-5 (more than 200 mph). The first tornado to receive an EF-5 ranking hit Greensburg, Kansas on May 4, 2007. Here’s a description, via The Weather Underground, of what an EF-5 is like: “Incredible damage. Strong frame houses leveled off foundations and swept away; automobile-sized missiles fly through the air in excess of 100 m (109 yd); high-rise buildings have significant structural deformation; incredible phenomena will occur.”

Dr. Jeff Masters at Weather Underground has a breakdown of the five costliest tornadoes of all time:

This event is being compared to No. 4, the Bridge Creek-Moore tornado, which struck almost the same area and was rated an EF-5 after it hit. That tornado, according to Masters, “damaged or destroyed 8132 homes, 1041 apartments, 260 businesses, 11 public buildings and seven churches.” Early reports–maybe stressing very early, in this case–suggest the damage could be considerably worse than that event. (The front page of yesterday’s Oklahoman proclaimed: “Worse Than May 3rd.”) That could certainly prove true: Masters expects “that after the damage tally from the May 20 tornado is added up, Moore will hold two of the top five spots on the list of most damaging tornadoes in history, and the May 20 tornado may approach the Joplin tornado as the costliest twister of all-time.”

Smithsonian magazine examined a few other ways, besides the EF scale, that tornadoes might be measured. For example: estimates put the length of the tornado at between one mile and two, likely below the record 2.5 miles of a 2004 tornado that hit Nebraska, which was ranked at F-4 (on an older version of the scale still comparable to EF-4) and only killed one person. Although the Oklahoma twister has been upgraded to EF-5, it still likely did not come close to the record-holder for wind speed–the 302-mph tornado that hit the same area on May 3, 1999. 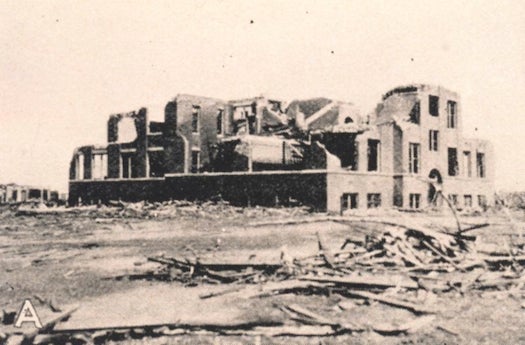 But natural disasters like this will be remembered for the death toll. Although early estimates suggested it could be as high as 91, that number has since fallen to 24 confirmed deaths, which could rise as more bodies are uncovered. In the 40 minutes the tornado was on the ground, at least 237 people were injured.

The Tri-State Tornado is the deadliest twister in U.S. history, lasting for 3.5 hours in 1925 and killing 695 people in Missouri, Illinois, and Indiana. That makes it an outlier: the second most deadly tornado in history, the Great Natchez Tornado, killed 317 people in 1840. Worldwide, the deadliest tornado ever was the 1989 Bangladesh twister that killed at least 1,300 people.

As Smithsonian points out, there are certainly some measurements, like time on the ground and sheer size, that made this tornado especially deadly, although it may not be the at the very top of any of those measurements. When all the damage has been accounted for, though, it might rank as one of the most damaging tornadoes in U.S. history, just thankfully not the deadliest.