In the jungles of Belize last January, entomologist Alex Wild noticed something odd about the trap-jaw ants passing through his... 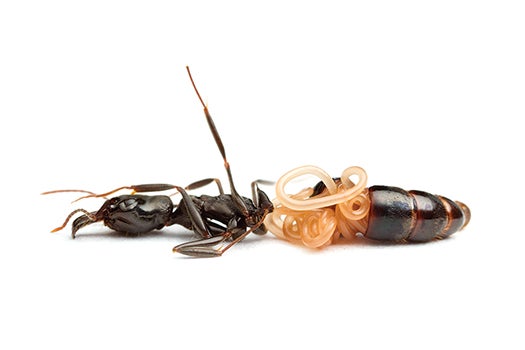 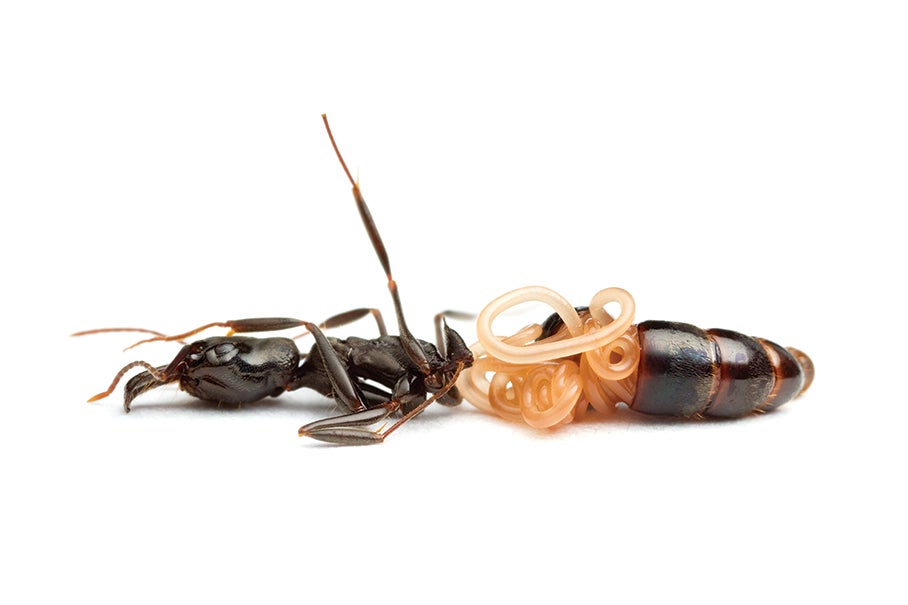 In the jungles of Belize last January, entomologist Alex Wild noticed something odd about the trap-jaw ants passing through his outdoor insect photography class: They all had shrunken heads and swollen abdomens. A day after making the observation, Wild and his students came upon an ant with a worm bursting out of its side. Parasites were at work. Nematode worms enter the ants as larvae and grow inside the ants’ body cavity, siphoning off nutrients and distorting their hosts’ natural anatomy. When the eight-inch-long nematodes are ready to mate a few weeks later, they push their way out of their half-inch-long hosts, killing them.

In the abdomen of a trap-jaw ant, a parasitic nematode lives off nutrients from the surrounding fluids and changes the morphology of its host.

The jaws of a parasite-free worker can snap shut on prey in just 1/10,000 of a second—the fastest known mechanical action in nature.