The founder of littleBits on turning kids into creators 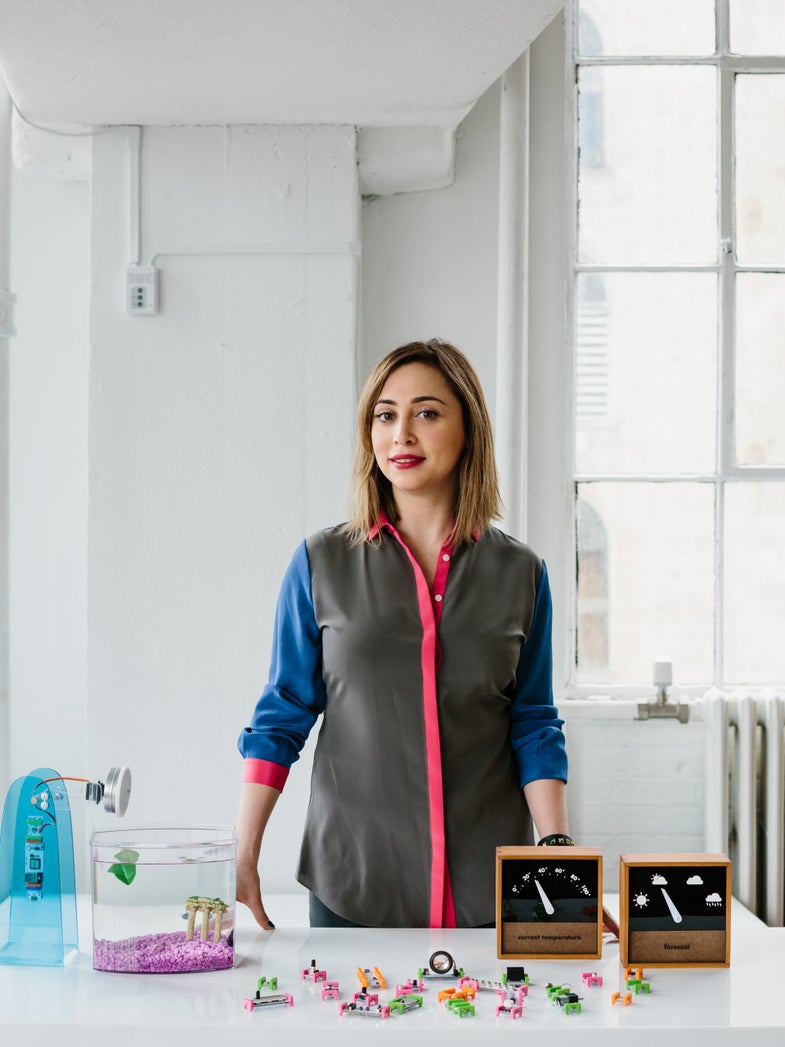 When I was growing up, as far as I knew, there wasn’t data mining or user-experience design or front-end engineering—and now they’re some of the most coveted careers in the world. Today, we can’t just prepare students for certain types of careers—we have to enable them to adapt to whatever new careers emerge.

As a society, we accept that everything around us changes quickly and responds to advances in technology. Yet education is such a different thing. Teachers are already very busy—to expect them to guess at what future careers could be is difficult. So we make lesson plans to teach these adaptive skills using a principle that we developed called “invention-based learning.” It’s about giving the kids inventions that are relevant to them as prompts, and then they start inventing to learn the underlying principles. For example, we have students create a catapult, working with a partner and competing against another two-person team, to knock over a pyramid of cups. So you’re learning collaboration, you’re learning how to try and then learn from your trial and try again—and you’re also learning the scientific principles underneath: mechanics and robotics, and physics and trajectories. We don’t just want to make STEM exciting for students; we want to make it more accessible to people of different countries, different languages, and different genders.

In the past we organized ourselves by nations and countries. I think technology is allowing us to organize by interest, by passion, by expertise. We have 300 chapters—a library, school, or stay-at-home mom can sign up to be a chapter and start running events and workshops—around the world. We see people collaborating between South Africa and Pakistan and New York and Dubai; teachers are sharing lesson plans and best practices.

Our students and kids have ideas that we’ve never thought of, so we have to empower them very early on to feel that they are change makers. We did a challenge, called “Invent for Good,” and we saw students invent things that are heart-warming but also extremely clever: a wearable echolocation device inspired by bats so blind people can move around obstacles, a device that helps you brush your teeth more thoroughly, enhancements to wheelchairs. You have them thinking about things in a different way, and creating new inventions that might help the future because they’re more exposed to technology.

Bdeir isn’t the only one creating new tools for learning. These startups also aim to disrupt STEM education.