How did music get its groove? Scientists made rhythm evolve in a lab to find out. 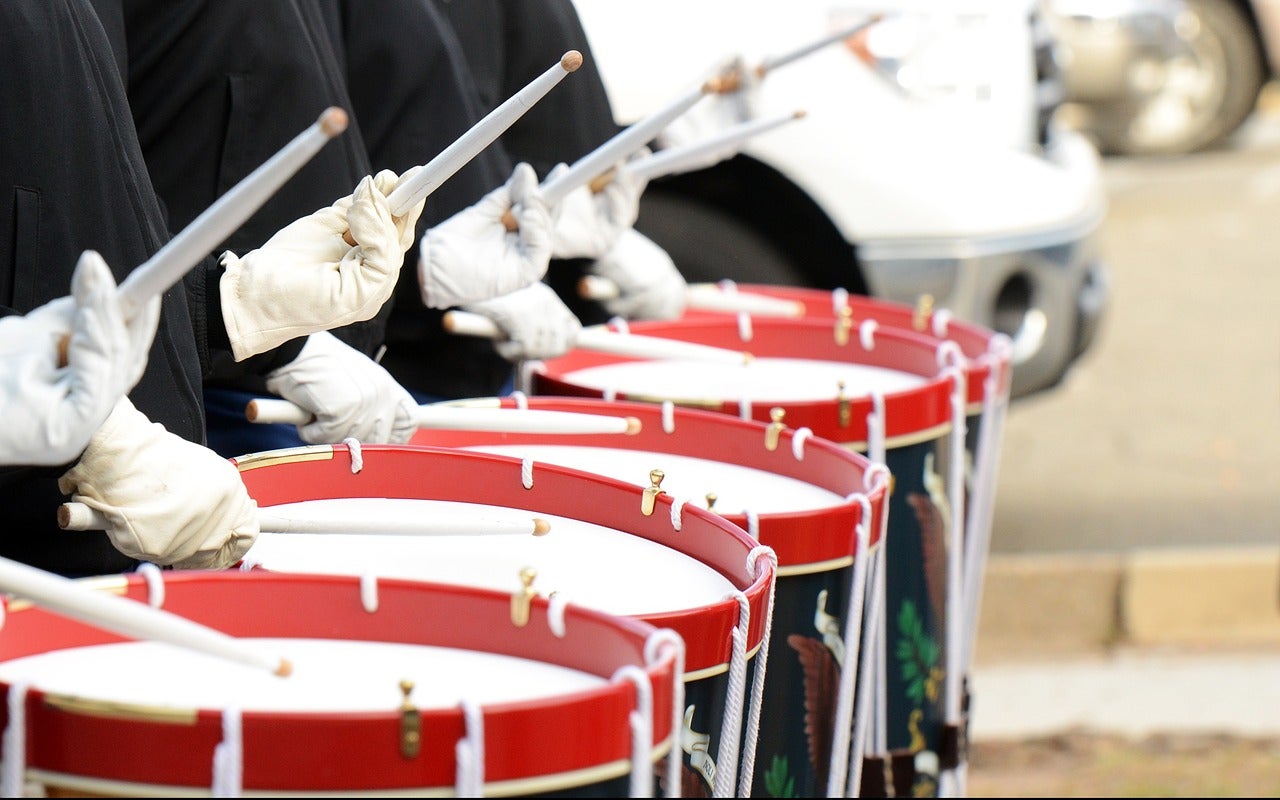 A drum-based game of telephone has revealed how rhythm might have taken shape in human music. When people tried to imitate random drumming sequences and pass them on to new listeners, mistakes added up and transformed the patterns, scientists reported Monday in the journal Nature Human Behaviour. Over time, the random noises become more structured and easier to learn, emulating how real music might have evolved.

“Things that are evolving culturally adapt to the brains of the people who are passing that culture on,” says coauthor Simon Kirby, a cognitive scientist at the University of Edinburgh. “Random starting points change to become structured as they are kind of washed through the brains of our participants.”

There are certain features that crop up in all types of human music. Among these are a steady underlying pulse and the habit of arranging beats into groups of two (as in a march) or three (as in a waltz). “There’s a tendency to produce these repeating motifs, little riffs, rhythmic little subsequences of patterns that repeat,” Kirby says. “Although musical cultures vary greatly, you’ll find these patterns again and again.”

He and his colleagues designed an experiment to simulate how these rhythms grow out of chaotic noise. The team randomly generated 32 brief drum sequences with no perceptible rhythm; there was no logic to how loud each tap was or how time elapsed between taps. “It just sounds like nonsense…not something a human would produce,” Kirby says.

He and his team asked one person to hear and copy the patterns as best they could. Then the next learner listened to the first person’s efforts and tried to reproduce them. This continued for a total of eight rounds, with six different chains of drummers.

Though the participants tried to reproduce the drum taps faithfully, each round introduced new errors. Over time, these accumulated mistakes made the patterns start to sound more like actual music, which made them easier for novices to imitate. “In each generation, little bits of structure and little bits of regularity start to creep into the patterns that are being copied,” Kirby says. Gradually, they gained universal qualities found in music around the world.

These patterns had adapted to suit human learning and memory. So the ways that music evolves as it is passed from person to person—in the lab or larger societies—is likely shaped by our own constraints.

“By the end, these 32 rhythms had changed as they been passed through the brains of all of our participants, so they shared common patterns and little riffs so they now sounded like a coherent musical culture,” Kirby says.

Though nobody who participated in the experiment was a musician, they had all been exposed to music. People’s previous experiences might have shaped the patterns. “The cultural system in the lab adapts, it evolves to fit the biases of our participants…are those biases fundamental, underlying cognitive biases, or are they acquired biases? Do they come from learning western music?” Kirby says. “It’s very hard to tease those apart.”

However, the patterns blossomed into unique sets of motifs in each of the six chains of drummers. “Although there’s commonalities across them, there are differences that arise form having different histories,” Kirby says. “So it’s not the case that the participants are just reproducing some kind of shared common template of western musical rhythms. So that at least suggests that something more than that is going on here.”

To understand what that might be, he says, researchers will have to introduce the drumming game to people from many different musical traditions, and to young children.