Can I use moss to navigate? 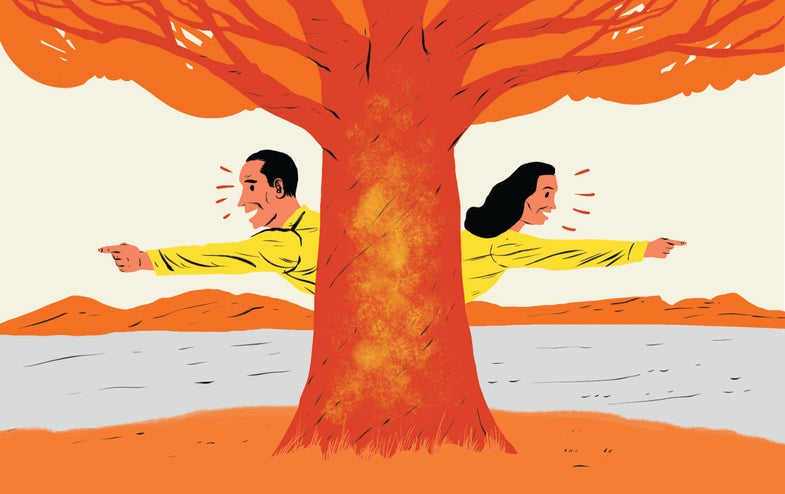 For thousands of years, explorers have navigated by following the natural world: the sun, stars, prevailing winds, and even moss.

Common wisdom says that moss grows only on the north side of trees, which means you can use it to find your bearings if you’re lost in the woods. This is generally true, says Caitlin Fong, an ecologist at California State University in Northridge. To thrive, moss requires damp and shady environments that prevent it from drying out. And as you move north, away from the equator, the sun’s rays strike Earth at a southern angle rather than directly overhead, so the north side of an object will receive less sunlight.

This rule, however, applies only in the Northern Hemisphere. In the Southern Hemisphere, it’s the opposite: The sun’s rays will always be a little north of directly overhead because of the tilt of Earth on its axis. So in Australia, moss grows comfortably on the shadier south side of trees. Architects also take this principle into consideration when they’re designing buildings and deciding where to place windows, says Fong.

Still, don’t toss your compass just yet. Moss is a primitive plant called a bryophyte. Bryophytes don’t have roots or a vascular system for circulating water and minerals the way trees and grass do. That means mosses can lose moisture extremely quickly, which is one of the reasons they grow only in cool and shady places, says Fong. And lots of things can create the shady conditions that moss prefers, including the cracks in rocks and boulders and in trees’ shadows in a dense forest. So if you look closely enough, you’ll see moss growing in all directions.

Fong recommends always using a compass. But in a pinch, she says hikers can note where moss grows in multiple different locations and form a consensus. “And try to do it in a sunnier area, because if you’re already in a shady area, there are a lot of different factors at play.”

Have a burning question? Email it to askanything@popsci.com or tweet it to @PopSci with #AskAnything