Here are the facts. 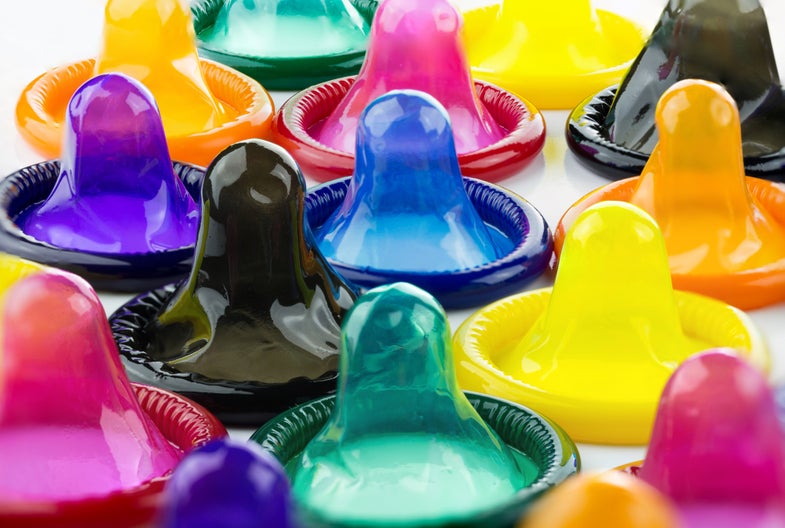 Recent headlines may have you wondering if your genitals are at risk of rotting off. That’s okay—it’s perfectly natural to feel confused by reports of a “flesh-eating” sexually transmitted infection. But before you freak out, take a deep breath and look at the facts.

Did the UK see its first ever case of a horrific venereal disease?

But I read that the UK just saw its first ever case of a horrific venereal disease.

Here’s what actually happened: sometime in the last 12 months, a woman in Southport, England was diagnosed with a case of Donovanosis. Caused by the bacterium Klebsiella granulomatis, Donovanosis generally causes painless ulcers around the genitals. It’s easy to confuse with syphilis or herpes. It’s also easy to treat with antibiotics.

Left unchecked, the ulcerations can spread and eat away at healthy tissue—this is what happens when many sorts of bacterial infections in your skin go untreated. This is not a fate commonly associated with Donovanosis, nor is it a fate unique to Donovanosis (or, for that matter, sexually transmitted infections). “Flesh-eating” is just a scary way of saying an infection is destroying tissue. Left totally untreated, Donovanosis can be dangerous. But totally untreated, gonorrhea and chlamydia can also be dangerous. So can a sore throat.

“Lesions associated with the disease can grow and spread and destroy surrounding tissue. So the bacterial infection can cause tissue death. Using the term ‘flesh eating’ to describe this… definitely an attention grabber. Not entirely accurate,” said a spokesperson from the American Sexual Health Association.

Some articles are also citing a link between Donovanosis and HIV, but that’s just because having sex with an open wound (which is what an ulcer is) on your genitals makes it much easier for you to get a bloodborne disease. If you’ve got ulcers or cuts of any sort on your genitals, it’s absolutely not a good time to have unprotected sex. Again, not unique to Donovanosis!

“It should be noted that other far more common bacterial infections, like chlamydia and gonorrhea, can also cause long-term damage if left untreated, like pelvic inflammatory disease and infertility. Since many STIs often have no symptoms to suggest you might be infected, regular STI screening is important,” the ASHA spokesperson said.

But I’ve never heard of Donovanosis. Is it new?

Nope! It’s most common in tropical countries, but there are about 100 cases in the United States each year. It mostly shows up when travelers bring it home from vacation.

Even the widely-cited article claiming that this is the UK’s first-ever reported case includes this quote from a spokesperson for Public Health England: “Donovanosis primarily occurs in tropical countries or regions of the Americas, Southern Africa and Oceania. It is very rarely diagnosed and reported in the UK.”

I’m not a doctor, but very rarely reported is not the same as never-before reported. This is not a new disease, and there’s no evidence that it’s in any way on the rise or on the move. There was one case of it in the UK sometime in the last year.

Why is this case in the news? Is it because doctors say we should be worried?

The news reports stem from a campaign by Chemist-4-u.com, which sought out hospital records on sexually transmitted infection to research ‘The Great British STI Taboo.’

It is unclear why this company thought that spreading rumors about a disease with foreign origins that might make your genitals rot off would help fight national STI taboos. Chemist-4-u.com did not respond to request for comment.

No more than usual! You should always practice safe sex (condoms! Use condoms!) when you aren’t absolutely positive about your partner’s current bill of health, no matter what you’ve read in online tabloids about necrotizing STIs. Definitely don’t take a vacation from sexual hygiene when you go on holiday (condoms! Bring condoms!), no matter what you’ve read you may or may not pick up in the country you’re visiting. But a case of Donovanosis in the UK is not a reason to be more freaked out by STIs than you should have been yesterday.

Infections happen! They might happen to you. Do your best to prevent them by being smart, using protection, and communicating openly with your sexual partners. And if you’ve got unfamiliar ulcers in your pants (or, quite frankly, anywhere else) go see a doctor.

Why are people freaking out?

Great question! Sexually transmitted infections are incredibly stigmatized, which makes them great fodder for fear mongering, clickbait headlines. It’s also understandable that people would be icked out by the phrase “flesh-eating,” because most people like their tissue to remain alive, on their bodies, and not visibly devoured by bacteria. Finally, it’s difficult to imagine this story would have so much thunder without the implication that Donovanosis is sneaking in from foreign countries. Unfortunately, human brains have a deeply ingrained bias against what we see as “them”—outsiders who might jeopardize the health of our communities with their unfamiliar germs. This may have protected our ancestors, but it’s pretty absurd now that anyone can fly anywhere and catch anything.

The rates of other, more common STIs are on the rise in many communities, as is antibiotic resistance, which could limit our options for combatting future infections. There were 1.59 million cases of chlamydia reported in the United States in 2016—a number that is a whole lot more worrisome than 100 cases of Donovanosis.

If you’re troubled, try to do something productive with that concern: practice safe sex and demand the same of your partners. Making your fellow humans feel gross or guilty for having STIs does not make people less likely to get them—it just makes them less likely to seek treatment.