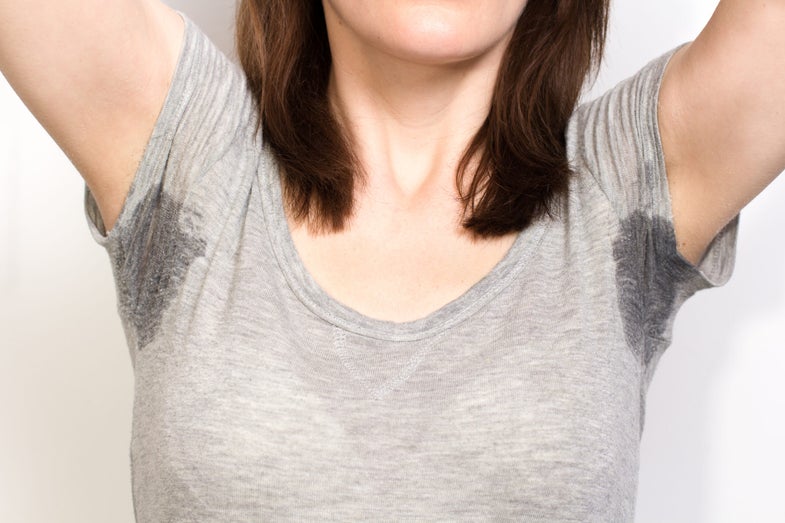 Sweating is not only entirely and utterly normal, but also necessary, so I wanted to know what gave the liquid such a toxic societal association. I began looking to the past. Something must have happened during sweat’s upbringing that caused it to turn from an everyday Joe into a villain. I felt like a therapist trying to figure out why my patient began to enjoy dismantling gophers. Something had happened during his formative years, but what?

It took some time, but while searching through old medical journals and studies, I discovered a German medical historian and doctor, Michael Stolberg, who’d spent more than a year trying to untangle our ancestors’ views on sweat.

“I was surprised,” he told me later. “When I embarked on this, practically nothing had been done on the history of sweat! Nothing!”

Stolberg also gets excited about uroscopy, the practice of diagnosing an illness based on the color, smell, and even taste of a patient’s urine. (He actually wrote a whole book on this.) “In the 1600s, they had the most beautiful and detailed paintings of urine,” he told me. “You should check them out. The colors refracting. Just beautiful.”

Officially, Stolberg one-upped me in gross.

To piece together a coherent picture of early sweat perception, Stolberg translated old textbooks, medical records scribbled in Latin, and letters written by people who were trying to make sense of their sweat-soaked inheritance.

He focused on a three-hundred-year period—1500 to 1800—and found that sweat, for people back then, made for a precarious catch-22. “On the one hand,” he said, “sweating was very welcome. You needed to sweat in order to purify your body—it had a cleansing effect. But on the other hand, the stuff that came out of you was gross and people had a fear that this substance, even in vapor, might reach someone else and make them sick.”

To recap this dilemma: It was essential and healthy to sweat; yet that same sweat was considered by others who might come into contact with it as being as dangerous to one’s well-being as standing before a hungry and rabid lioness. (Okay, not quite that dangerous, but still dangerous.)

Stolberg went on to tell me that at the time, physicians and laypeople alike thought that clogged sweat glands were among the leading causes of illness and death. To illustrate, he recounted a tale that he’d documented in his 2012 sweat treatise. In the 1500s, a man named Achatius Trotzberg sought a doctor’s help because he’d started to experience pain in his stomach and limbs. He told the doctor that he suspected it was because the once nearly constant sweat storm stemming from his legs and feet had recently fallen to a measly drip. The lack of sweat clearly meant that poor Achatius couldn’t get the bad stuff out, hence his body, with all the bad stuff stuck inside, was turning on him.

I wish Achatius was correct, because if he were and sweat got all the bad stuff out, then given my propensity for leaking, I’d live until at least 145.

People were so afraid to screw with their sweat output that they wouldn’t use cold water, lest it close up their pores, hence blockade perspiration and render them unwell. The misunderstanding was easy to make. For one, doctors had observed ill patients who had suddenly felt better after a big sweat. Instead of interpreting it for what it was— a sign that a fever had broken— they thought the sweat itself had carried the illness outside the body.

Then Stolberg hit me with this gem: “It’s kind of funny because people still believe some of this today,” he said, “that sweat cleanses or detoxifies the body, even though there is absolutely no science to back it up.”

I would have thought it was funny, too, except I suddenly realized that I might be one of those people he was talking about. “Sweat isn’t cleansing?” I asked. “Like at all?”

I mean, I knew I wasn’t going to catch a disease from the stuff or die if I wasn’t juicing from every pore, but I’d definitely had my fair share of sauna sessions after drinking too much alcohol, suspecting that somehow the sweat would clear me of my hangover. I’d also religiously attended Bikram hot yoga for a year and could swear I’d felt detoxified with a renewed sense of sentience after peeling off my soaked clothes. (I also loved being in a place where the dry people were the marginalized ones.) I funded my habit by volunteering to wash all the sopping-wet towels that the paying clients left behind. It was the most disgusting task I’ve ever been given and that’s even when I factor in that I’ve popped a friend’s butt pimple before.

This was such a crazy revelation that I felt this new-to-me, yet old-to-Stolberg fact needed additional validation. The only reason I felt comfortable reaching out to ask more professionals, was that when I’d told friends—really smart people who can make their own beds and have been to college and everything—they, too, had thought that sweat had cleansing effects.

“You got to be f***ing with me,” one said, when I told her that apparently hot yoga is really only good for dehydration.

All the people I asked—a dermatologist, a physician, and a physiologist—chortled under their breath before reiterating a similar refrain. “There might be trace elements of something like garlic,” said David Pariser, a dermatologist on the board of the International Hyperhidrosis Society, “but toxins are removed through urine and feces. The liver is what detoxifies.” There was enough condescension in his tone to humble a pack of arrogant Wall Street lenders.

If that myth has stuck with us through all these centuries, then maybe, in a more subtle way, the early belief that sweat is a dirty and contagious liquid has as well.

Adapted from Gross Anatomy: Dispatches from the Front (and Back) by Mara Altman, published by G. P. Putnam’s Sons, an imprint of Penguin Publishing Group, a division of Penguin Random House LLC. Copyright © 2018 by Mara Altman.